Three weeks following the loss of one of her daughters to the Ikoyi building collapse in Lagos, a grieving mother loses her second child to illness. 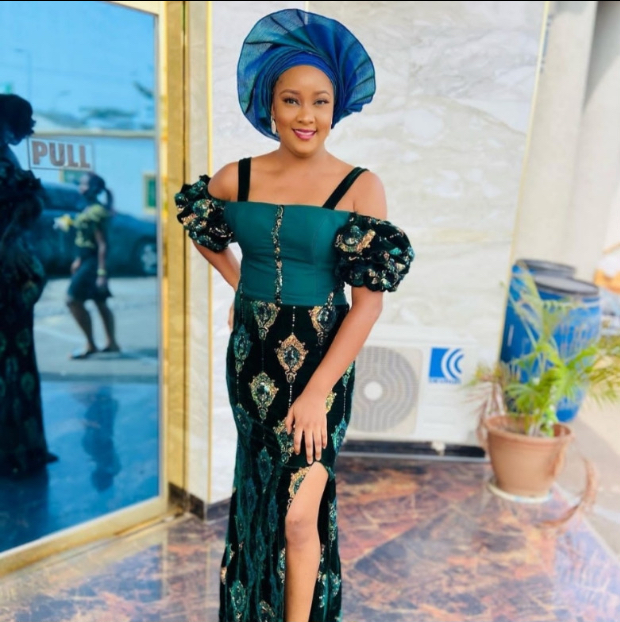 The younger sister reportedly got employed by the company barely days before the building collapsed; weeks later, her elder sister passed away from sickness leaving their mother in sorrow.

“Exactly 3 weeks after the death of your younger sister at the Ikoyi building collapse, you followed her. Loosing 2 daughters in a space of 3 weeks is a pain to terrible for a mother to bear. 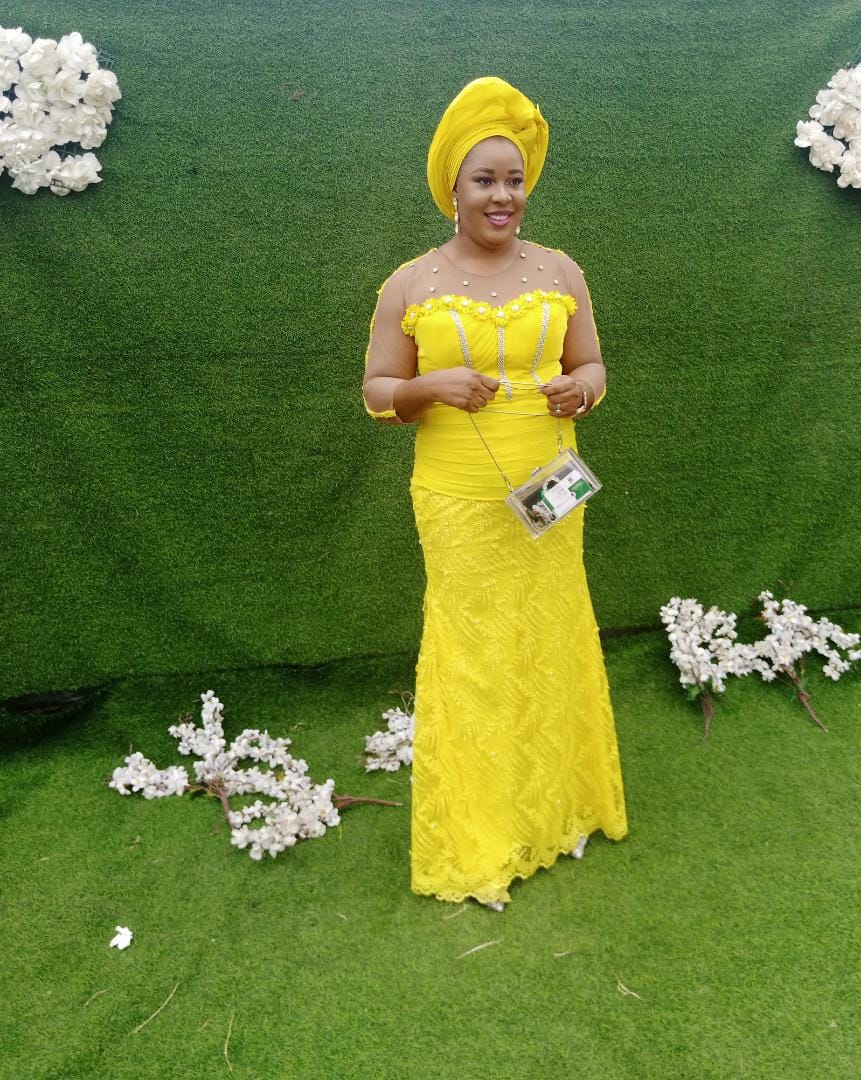 When we visited you on Monday you were recovering only to hear of your death today😭😭😭. Amaka why did you follow your sister??😭😭😭. Your mother is trying to be strong, she is trying to hide her pain by singing praises to GOD and laughing when we visited today but she is loosing it.
Amaka! Amaka! Amaka! Please wake up! the death of Onyinye is enough, you can’t allow your mother to bury 2 children in a day, it is too much for her.😭😭😭 Please wake up,” a family friend narrated in a post on Facebook. 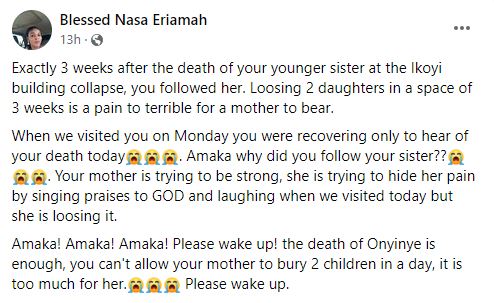