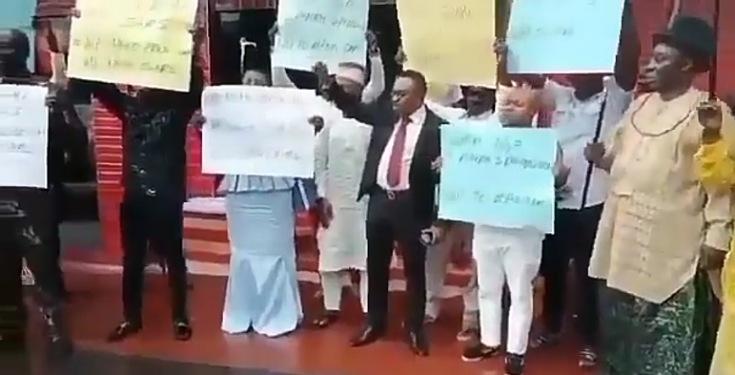 Following the disbandment of SARS by the Inspector General of police, some Nigerian parents have kicked against the decision.

The parents who came out in their numbers, were spotted in a video, speaking against the disbandment of Sars in all states in Nigeria.

According to the parents, they do not want SARS to be disbanded at all. They were seen in the video, raising their placards, and screaming that they want SARS.

However, Nigerians have dragged them for taking such action, and refusing to consider the feelings of the general public, adding that their sons and daughters may be the next victims.