Superstar actress Genevieve Nnaji who is one of the many celebrities to have spoken out against police brutality in Nigeria, has urged #EndSARS protesters to remain united. 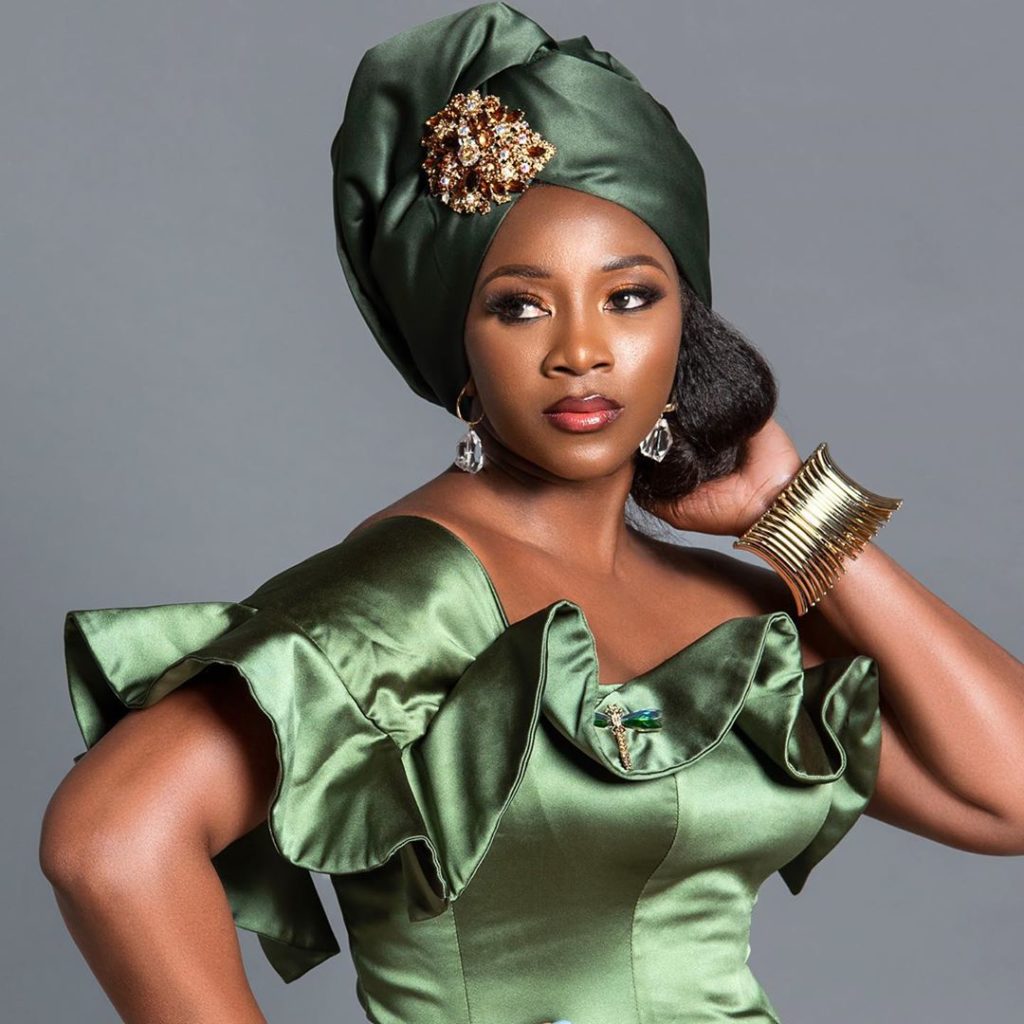 The veteran thespian in reaction to a video of thugs hijacking the EndSARS protest in Alausa, Lagos, advised for focus and unity in other to overcome.

According to her, this administration is threaten by the peace in the protests.

“It is clear the biggest threat to this administration is the “peace” in the protest. They hate to see it. Who fights police brutality with brutality? People stay focused. They will try to divide us to conquer. That’s all they know. We must remain United to overcome. Raised fist#EndSWAT” she tweeted. 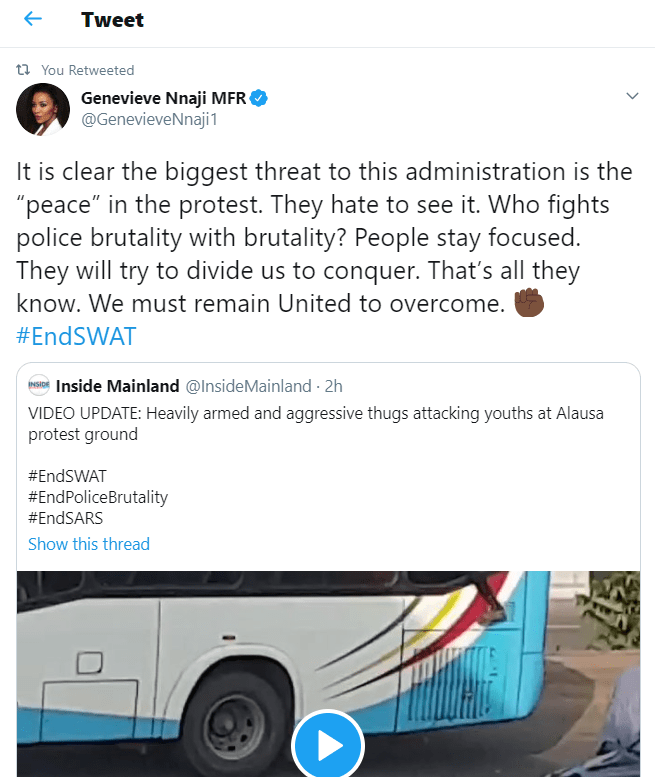