A video making the rounds on social media has captured the moment popular singer, Zlatan Ibile stretched out a spoon of food towards fellow singer, Davido. 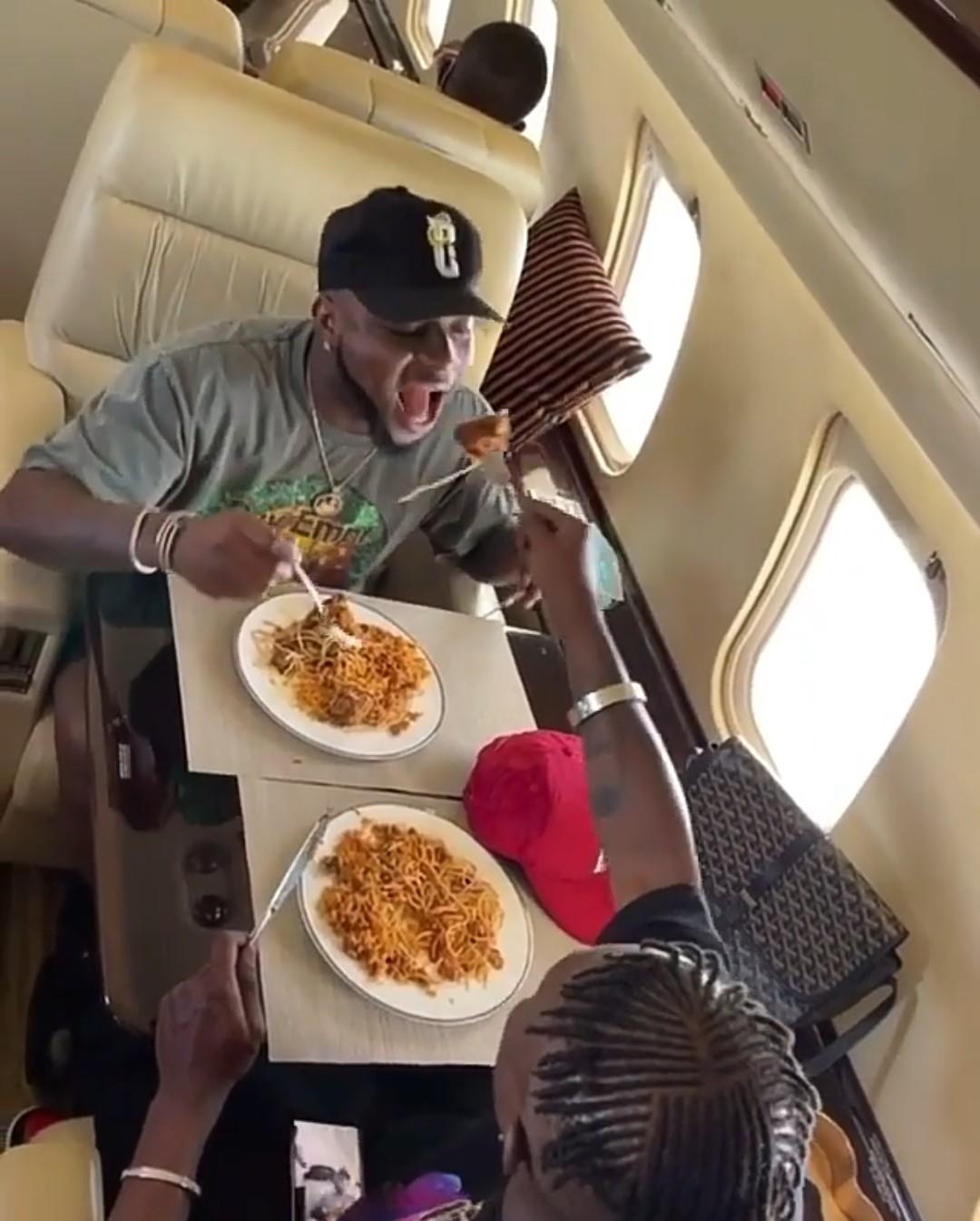 However, after enticing Davido with the mouth watering spoonful of food, Davido opened his mouth wide, only for Zlatan to withdraw the spoon.

This comes after a video circulated on social media showing the moment Davido’s crew members hyped him over his new set of dentures. 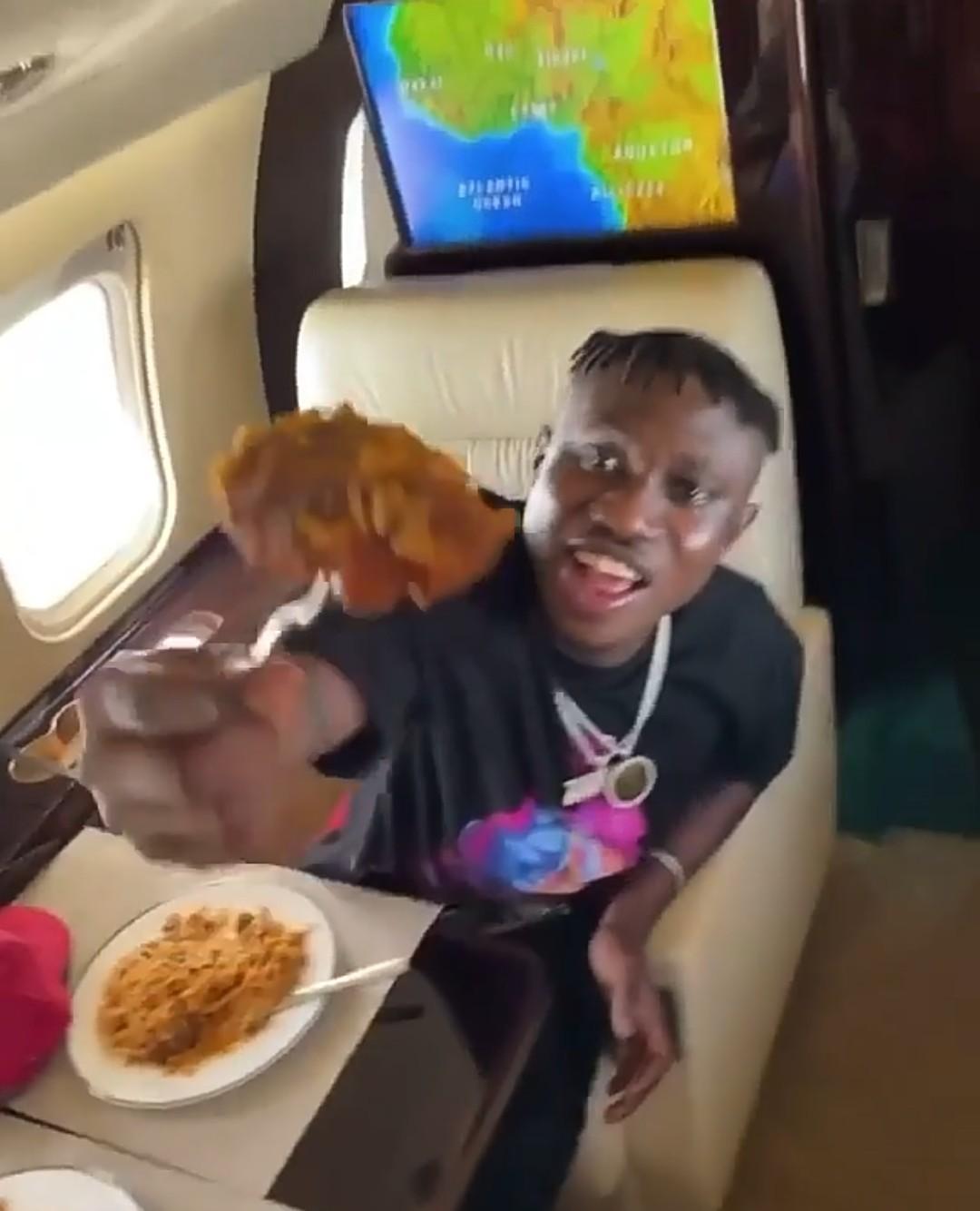 In the video, Zlatan Ibile was heard saying;

“My Paddi get private jet, who be ur paddi?”

Davido’s crew members then proceeded to hail the ‘Blow My Mind’ crooner saying;

“No be by gold teeth ooo, ur teeth white?”

On hearing this, the singer quickly took off his nose mask and he flashed his pearly white teeth while he was all smiles.