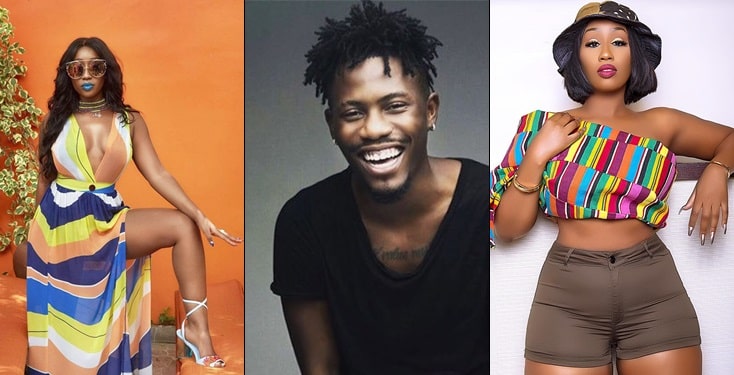 One of the most trending things on the Nigerian social media space these days among artistes is the way each try to do a cover of Kiss Daniel’s hit song, ‘Fvck You’. At the moment, almost every A-list musician has done their own version of the song.

Kenyan-born singer, Victoria Kimani, also did her own version of the song but seized the opportunity to point an accusing finger at fellow artiste – Ycee – whom she accused of stealing her song. She recently played both songs to show the world that indeed Ycee stole her intellectual property.

To get to the root of the matter, Saturday Beats reached out to Ycee’s camp and the rap artiste, who spoke through his manager, Aquari, explained that at first, they thought it was a joke till she posted the snippet on Instagram.

“We heard the song Victoria Kimani sang claiming that we stole it from her but I think she was just chasing shadows.

“She did not reach out to us before now because she heard the song she claims Ycee stole from her several times before it was released.

“They are both artistes and friends so she was privileged to hear the song several times before it was released.

“She was looking for a free promo that is just basically what she was doing. If you go online, you would read the response of people to her accusation. That is the industry for you.

“Why take your issues to the social media when you have each other’s telephone numbers? Her accusation has come to us as a shock that she would call Ycee out for such a thing.

“How can she claim that someone stole her song? It is just funny. At the moment, Ycee is very busy working on his album; in fact, he is putting finishing touches to it. Once it is done, everyone would know about it,” he said.