Popular actress, Victoria Inyama has slammed a clergywoman, Funke Felix-Adejumo who counseled married women to hide their shame and safeguard their husbands‘ n*kedness from the public, claiming that just because she does it doesn’t mean she can attack others. 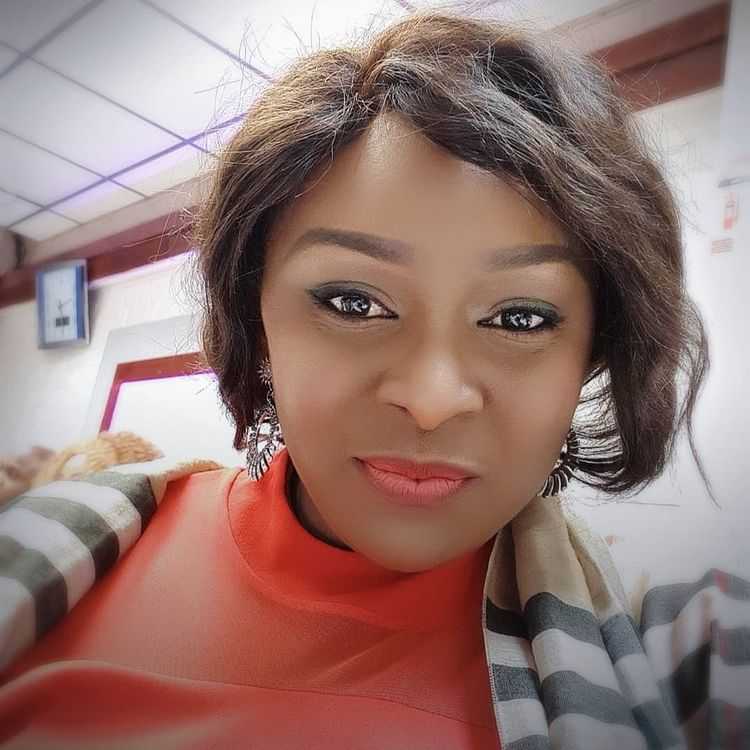 The clergywoman who was preaching to her congregation advised married women to cover their husbands’ shames because there is no such thing as a perfect husband anywhere in the world, but Victoria Inyama and others disagreed.

Victoria Inyama reacted by chastising the clergywoman for always attacking women in most of her preaching saying the fact that she wears the trousers in her marriage doesn’t mean she should keep attacking women as she only talks about what the woman should or shouldn’t do always. 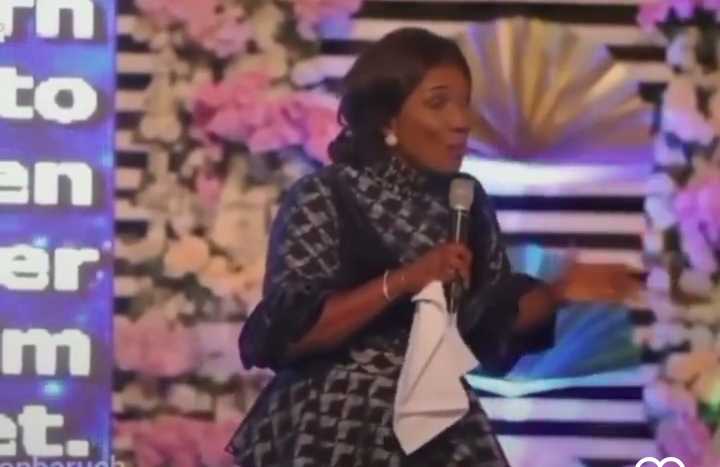 She then questioned the clergywoman if she is home long enough to do all of the things she preaches because she sees her in foreign countries most of the time, adding that she would love to hear her husband speak about her if he ever does

The actress went further to school the clergywoman that marriage is a union between two people and there’s no perfect marriage anywhere adding that Nigerian women are raised in toxic homes to marry toxic people asking I these ranting men can marry this preacher. 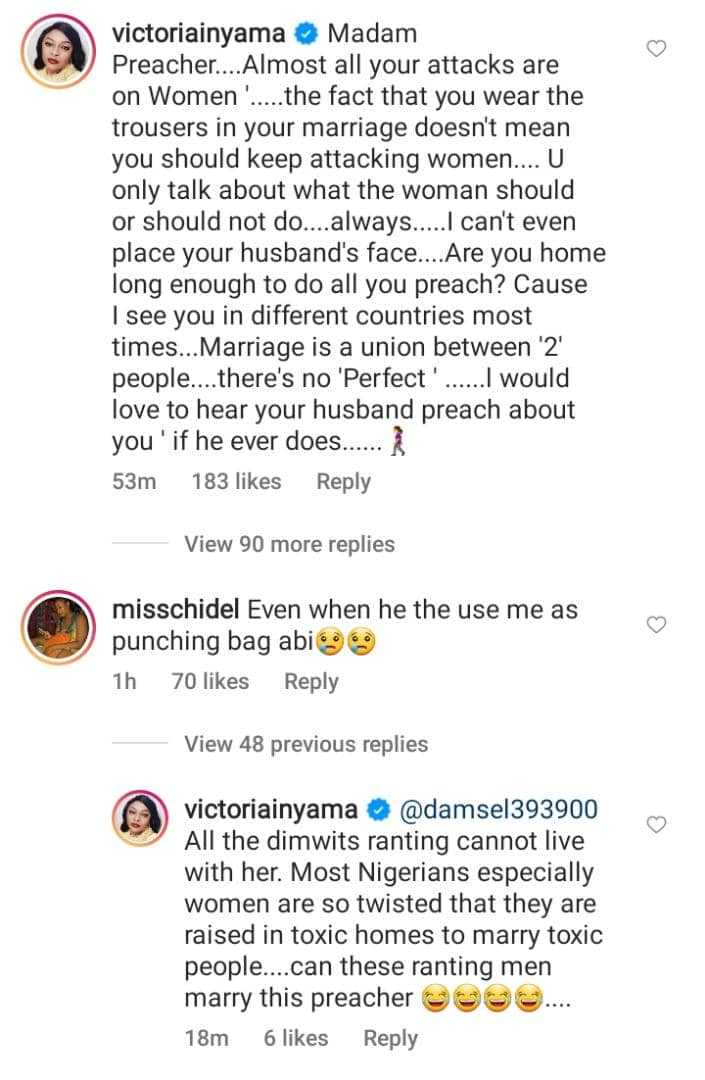