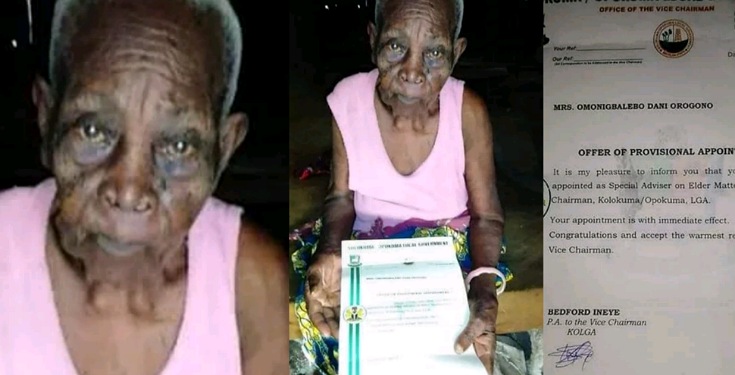 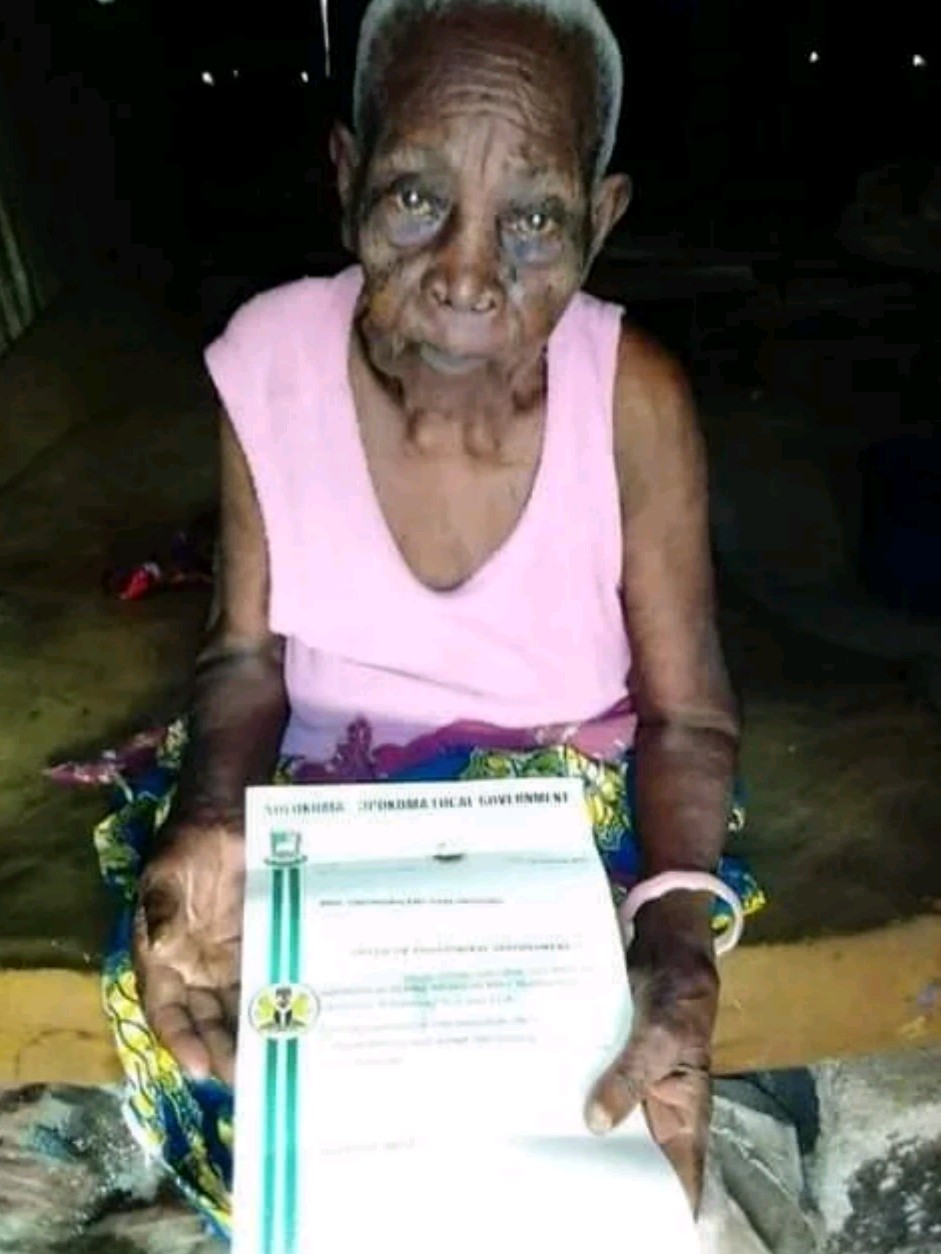 Denying the speculations, the vice chairman released a statement, noting that the elderly woman was only included to benefit from monthly stipends.

“The attention of the office of the vice-chairman of Kolokuma Opokuma Local Government Area in Bayelsa State has been drawn to some misconceptions been circulated in the media about a recent inclusion of a senior citizen of the state in the Special Scheme for the Elderly.

“We will like to state clearly that Ma DANI OMONIGBALIBO OROGONO was not appointed but was included as a beneficiary of the scheme which is part of the Vice Chairman’s programme to cater for the elderly and in line with the Ijaw traditions of giving honour to the oldest person in a community,” the statement read in part.

Secondly, the letter that is in circulation was not duly signed by the vice chairman who ought to sign such appointment letters. The old woman in question can barely walk or talk as the inclusion is to enable her benefit from the monthly stipends.”