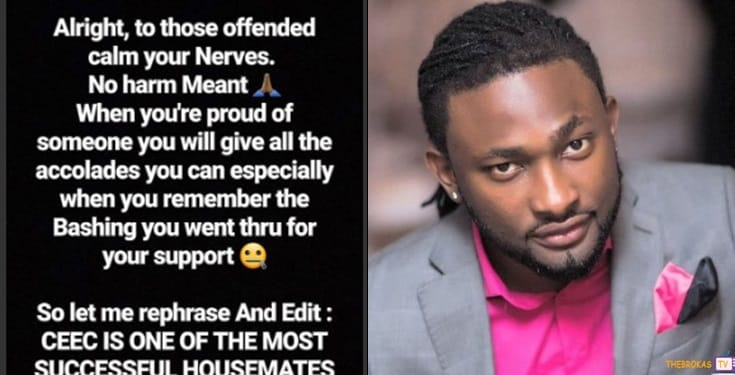 Uti has apologized and rephrased his earlier statement, Saying “CEEC IS ONE OF THE MOST SUCCESSFUL HOUSEMATE OF BBNAIJA 2018”

Yesterday, Uti Nwachukwu declared Cee-c “the most successful housemate of BBNaija2018”. The Delta State born, outspoken actor further stated he had predicted her success even before she came out from the reality show.

However, his opinions didn’t sit well for fellow housemate, Princess who took to her Instagram stories to pen down her thought.
The former reality star revealed a lot of housemates have suffered depression since leaving the house and are battling feelings of inadequacy. Therefore, to be compared amongst themselves is not cool.

ALSO READ:   "Being a bad bitch is quite expensive"- Actress Lota Chukwu

Well Uti has taken to Instastories to apologise, saying that he meant no harm and that the reason he can’t hide his feelings is because he is proud of Ceec… 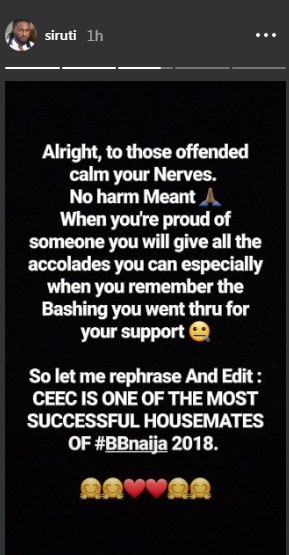