Being a celebrity might look very glamorous, but it is definitely not easy. A number of stars have become targets for trolls on social media and it is sometimes difficult to ignore them.

Reality star, Uriel Oputa, was recently the target for trolls after he shared a seemingly innocent photo of herself eating Amala. 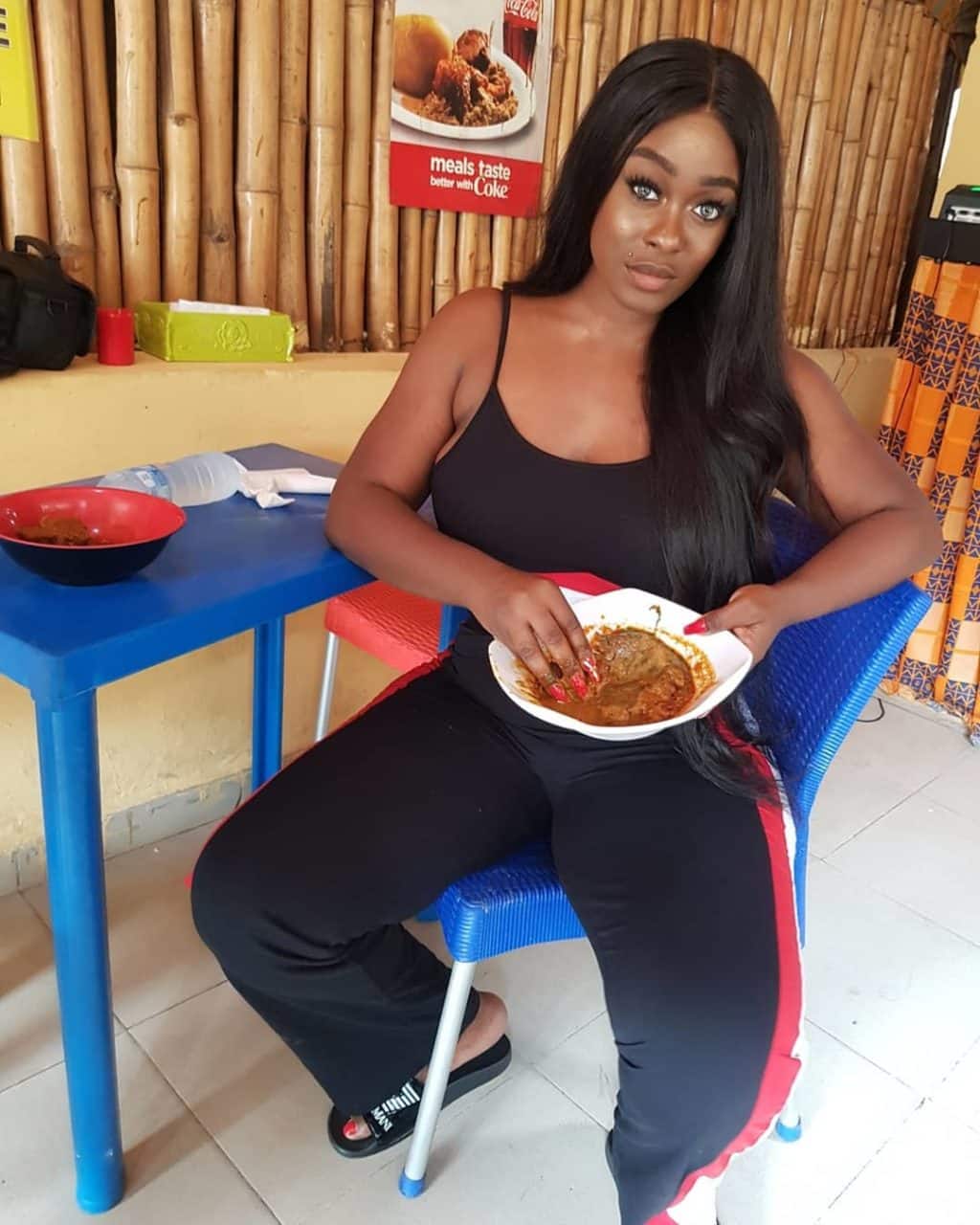 However, some fans felt disgusted over that fact that she was eating the meal with “long fingernails”.

One fan with the handle @leeganites wrote; Yikes? with that fingers?

Another @Daniella_remy wrote; You’re actually eating amala with your nails

@liberation14 wrote; With your fixed nail inside Amala abi 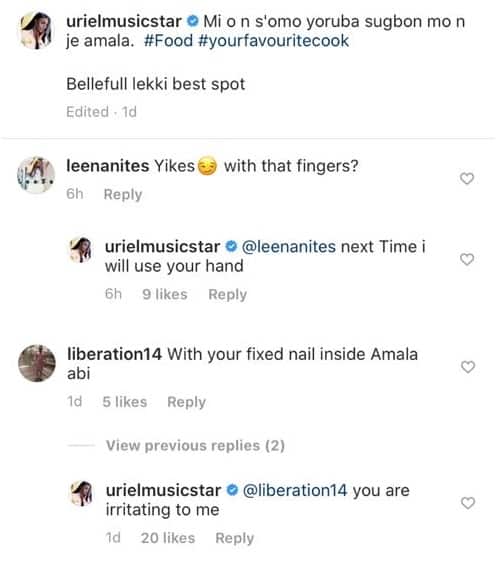