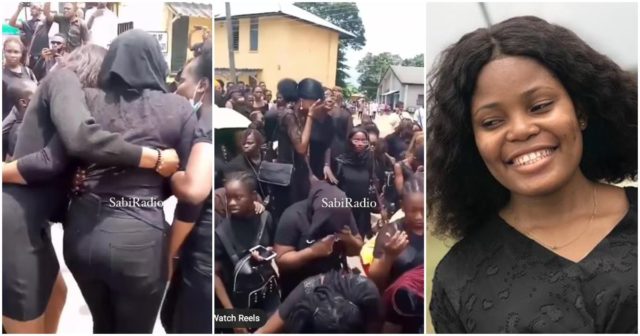 The students of the University of Uyo have expressed their anguish as they hold a procession in honor of late Miss Ini-Ubong Umoren. 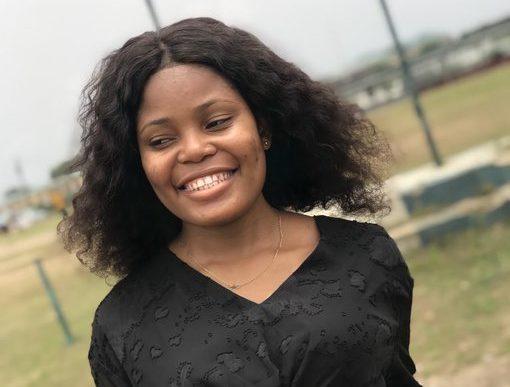 Over the weekend, a young job seeker and University of Uyo Philosophy graduate, Ini-Ubong Umoren, was reportedly raped, murdered, and buried by a prospective employer after luring her with the guise of granting her a job interview.

Ms. Umoren, who had earlier shared on social media that she needs a job, was declared missing after setting out to meet one Uduak Akpan for a job interview. 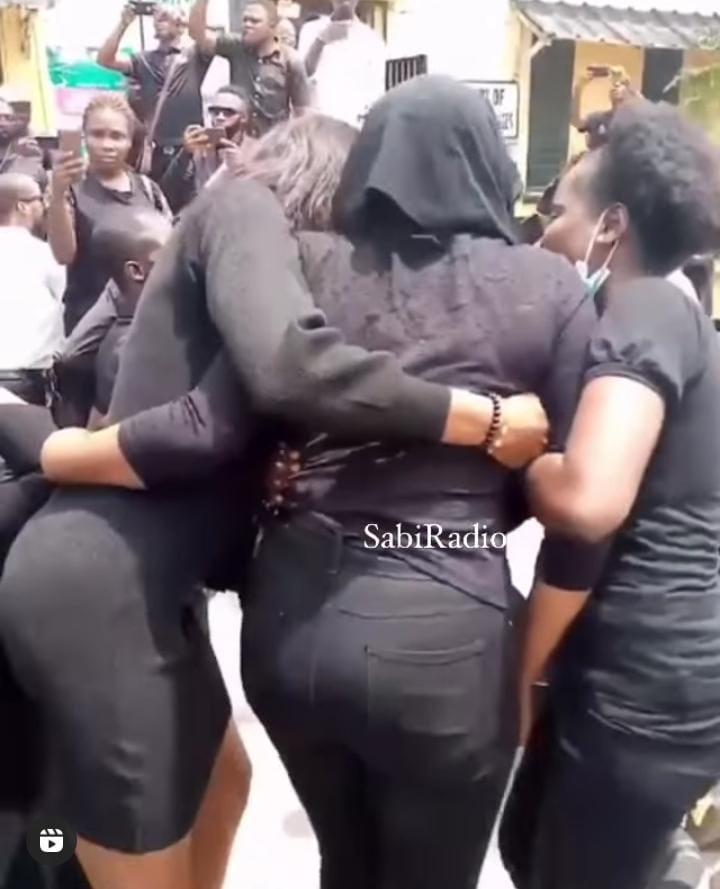 The police have, however, confirmed that she was raped, killed, and buried in a shallow grave by Mr. Akpan. The suspect has been identified as a serial rapist. 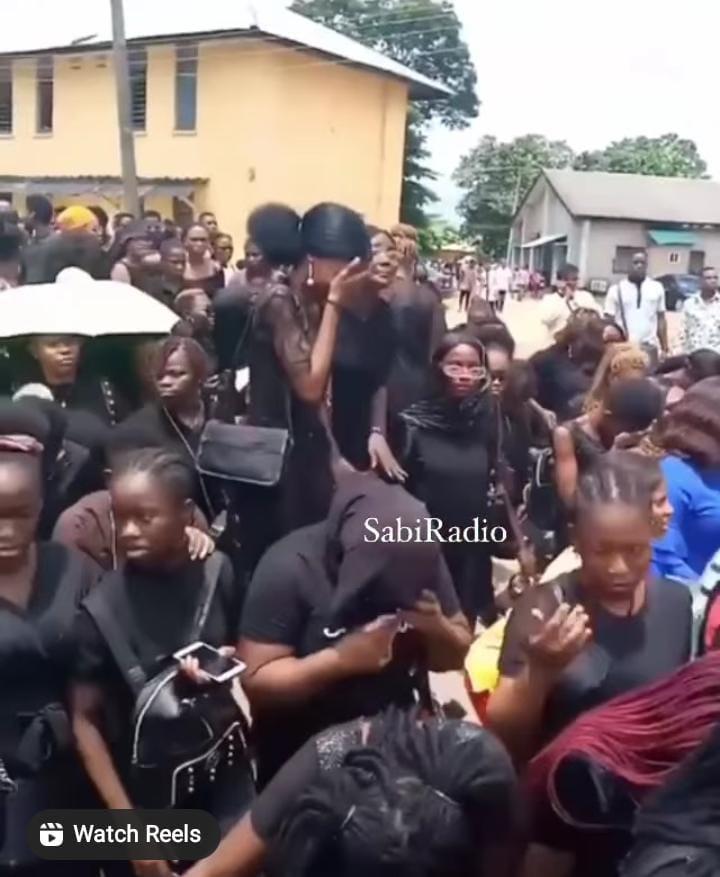 Yesterday, 4th of April, students of Uniuyo held a procession in honor of Ms. Umoren.

In the video circulating online, they were seen wearing black outfits, and the atmosphere is solemn as they mourn her death with uncontrollable tears.