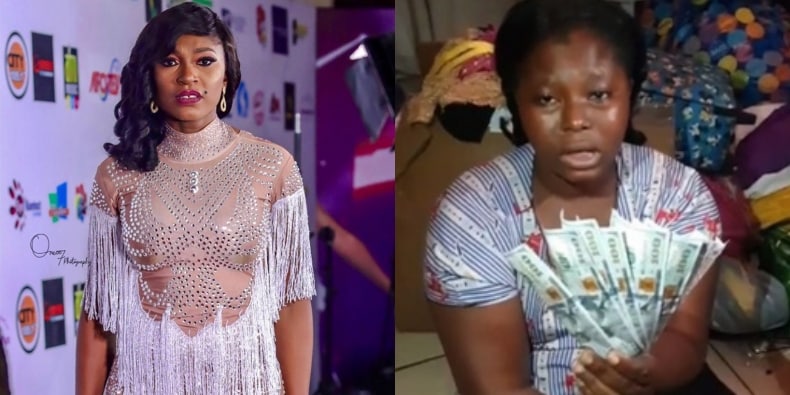 Nollywood actress, Ufuoma McDermott has exposed a friend’s nanny who stole dollars in her children’s room. Her friends had brought their kids to her house so all children could play together, only for her to quickly carry out the act.

She was begged, appealed to as she was the only adult who entered the children’s room, but she insisted she never stole.

According to Ufuoma, her act was nothing short of a calculated professional career thief. God help us. Ufuoma’s call out below… 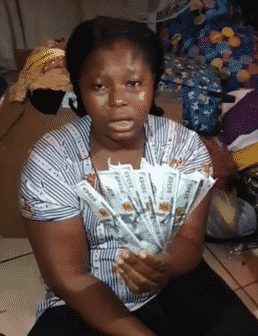 “PLEASE INSTALL CCTV IN YOUR HOMES

On Sunday, my friends and I wanted our kids to spend time together. They converged at mine. The nanny of one friend stole money from a purse and denied. She was the only adult that went into the children’s room. They searched her and begged her to return it to no avail. When I returned, I calmly told them I have CCTV all over the house.

What my eye saw in those footages is nothing short of a calculated professional career thief, waiting to be employed into people’s houses. She took the money from a handbag in my children’s room, rushed into the toilet, sqeezed and wrapped the money in tissue, used it to dab her face so it looks worn, then placed it on my office table. She knew she would be searched.

She didn’t want it found on her. But she also knew that no one would suspect that used looking tissue ball sitting there in open glare. My own nannies could have been accused of this theft. The cctv saved the day.”