Home Entertainment News Continue To Pay For Fake News Till You Get Broke, I Will... 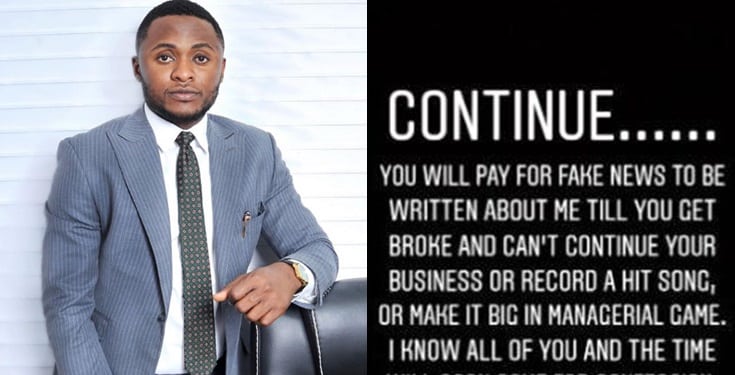 Ubi Franklin reacts to media reports that he duped Davido and Chioma. Recall that The initial reports was largely fueled by an Insta-story post made by Chioma where she revealed her desire to sue someone.

According to the reports, Ubi Franklin was allegedly paid to facilitate a cooking show sponsored by an Abuja based brand but failed to deliver the show.

Davido reacted to the reports by simply saying its ‘False’. After his reaction, Ubi Franklin took to Instastories, to react the media reports that he duped Davido and Chioma….. 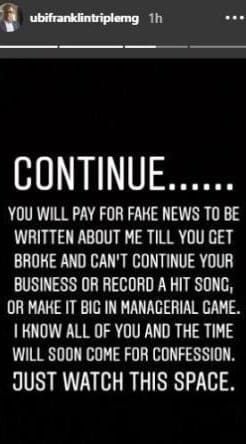 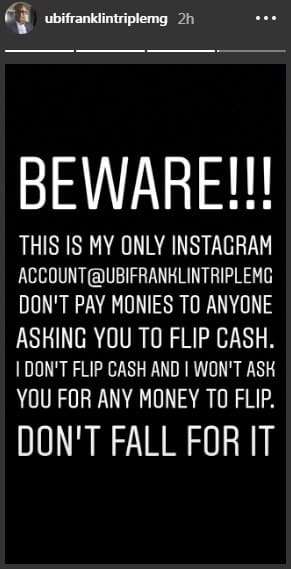