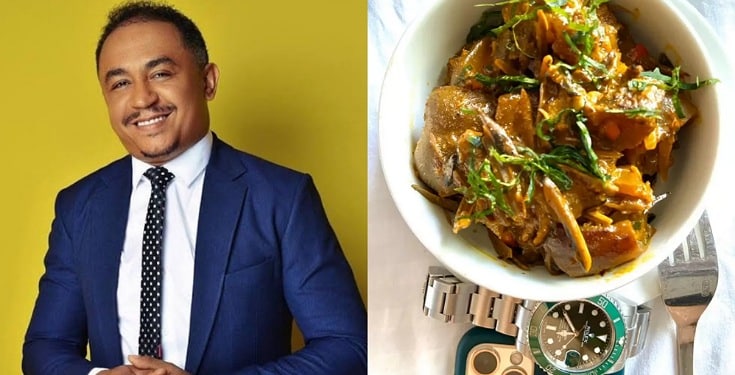 The 43 year old has been receiving serious backlash for sharing a picture of his meal and indirectly showing off his Rolex wristwatch and the latest iPhone 11. Lots of people on twitter felt there was no need to flaunt his wristwatch and phone. Some people sarcastically told him to put his car beside the food since he wants to show off. Another lady suggested that he should have put his house and bank statement in the picture too since he has decided to flaunt his achievements. 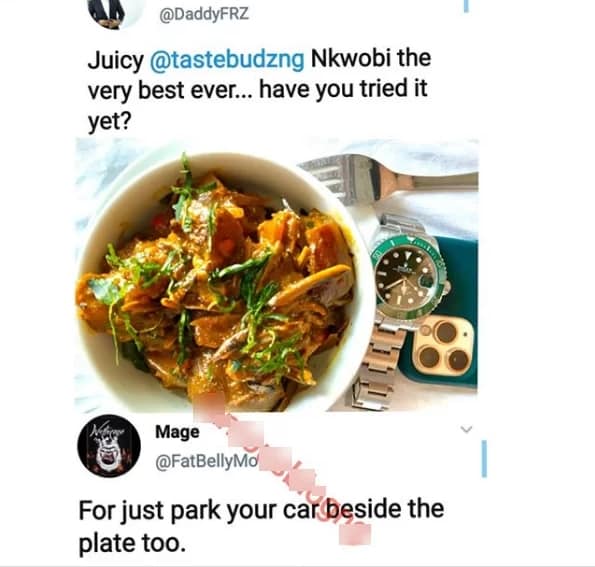 “Don’t be desperate to leave the country, you can make it in Nigeria – Tonto Dikeh