A Twitter user identified as @obeyamark has responded to a tweet by a lady who said she could never be with an Igbo man, because Igbo men cannot stand by their wives amid family or peer pressure. 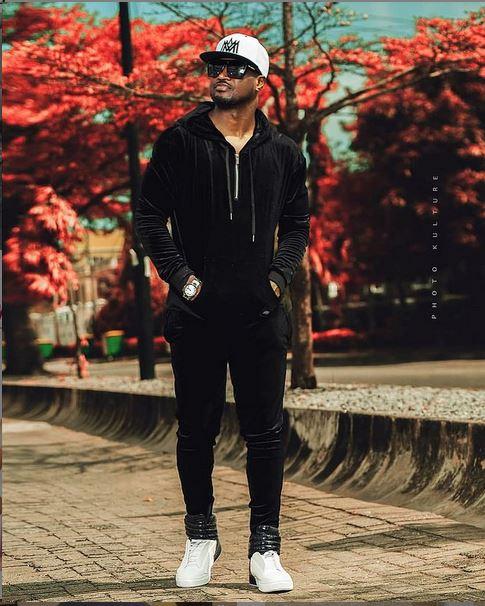 The lady cited Prince Harry as a role model of what it looks like for a man to stand firmly by his wife despite all odd as she reiterated that she can never be with an Igbo man.

In response to this defamatory tweet against a Nigerian ethnic group, @obeyamark took time to respond to the tweet the lady made. While proving the lady wrong, @obeyamark cited an example of Peter Okoye whom he said fell out with his own twin brother because of his wife.

The Twitter user also went further to present more Igbo men that fought for their wives such as Rochas Okoro whom he also claimed got arrested while fighting to reclaim his wife’s property.

In the words of the social media user:
“Peter Okoye is Igbo. He left even his own twin brother.

Rochas is Igbo. He even got arrested while fighting to reclaim his wife’s property.
These are even popular and recent examples.

Just say “can never be my father/brothers/uncles…” next time.” 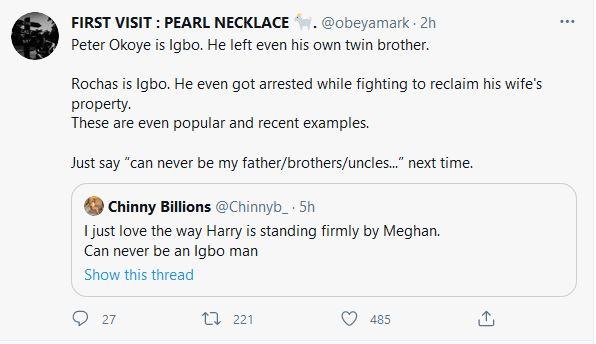