Young man seems to have secured the ‘detty December‘ title as he shows off the amount saved in his piggy bank.

In a video making rounds on social media, the young man in question tensioned the internet space with the sum of money saved in his piggy bank over a period of time.

The money which is majorly the Nigerian highest denomination amounts to a sum not lesser than five hundred thousand thousand naira. 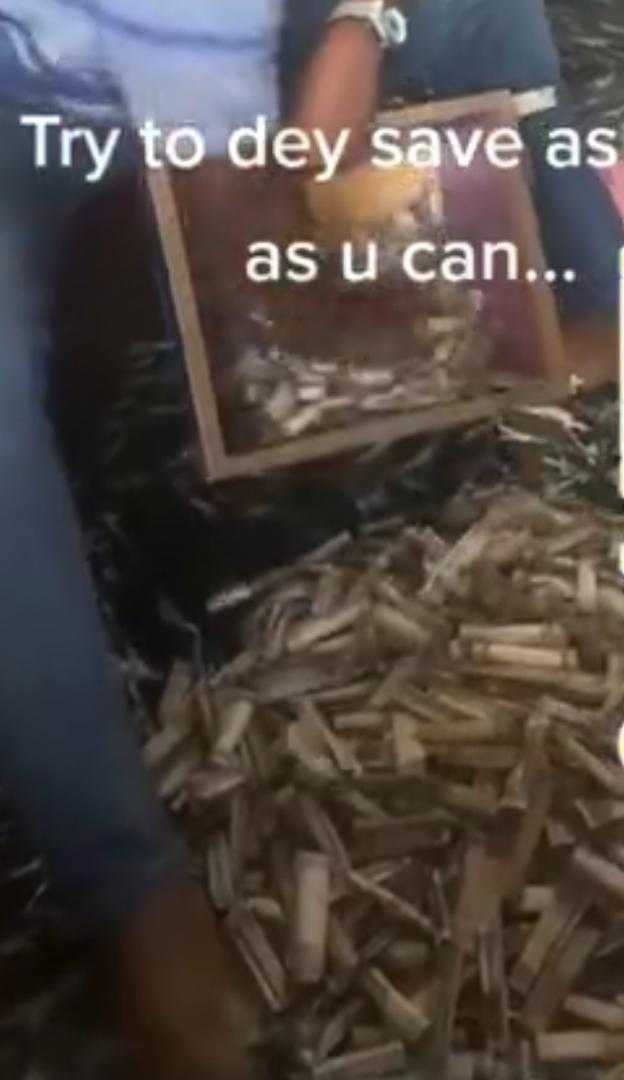 Sharing the video, the young man encouraged the need to save up for rainy days with a caption that reads, “try to dey save as little as you can.”