After being allegedly romantically involved with the immediate past Governor of Lagos state, actress and mum of two, Mercy Aigbe is presently making moves at new Governor, Sanwo Olu.

While Ambode was in power, it was alleged that he built the Mansion the actress got in one of the high brow areas of Lagos state.

It was further alleged that the former Governor was largely responsible for her lavish lifestyle even though she often owe it all to her hard work. 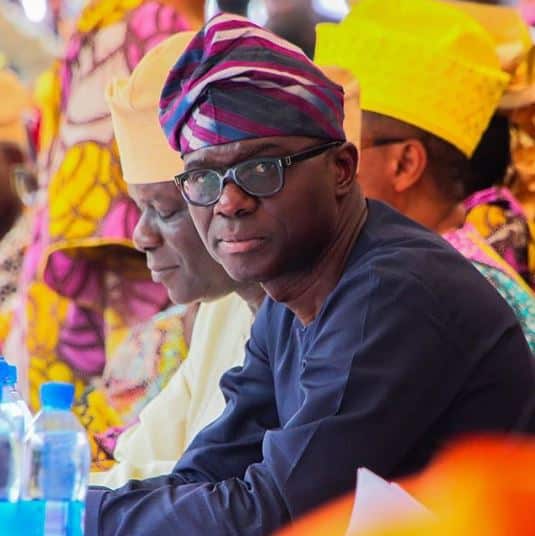 Well, it appears Mercy Aigbe is now making moves at the new Lagos state Governor just a few days after he resumed office.

She posted a comment on his Instagram page hours ago and of course, prying eyes immediately began mocking the actress for “porting” so fast from Ambode to Sanwo olu. 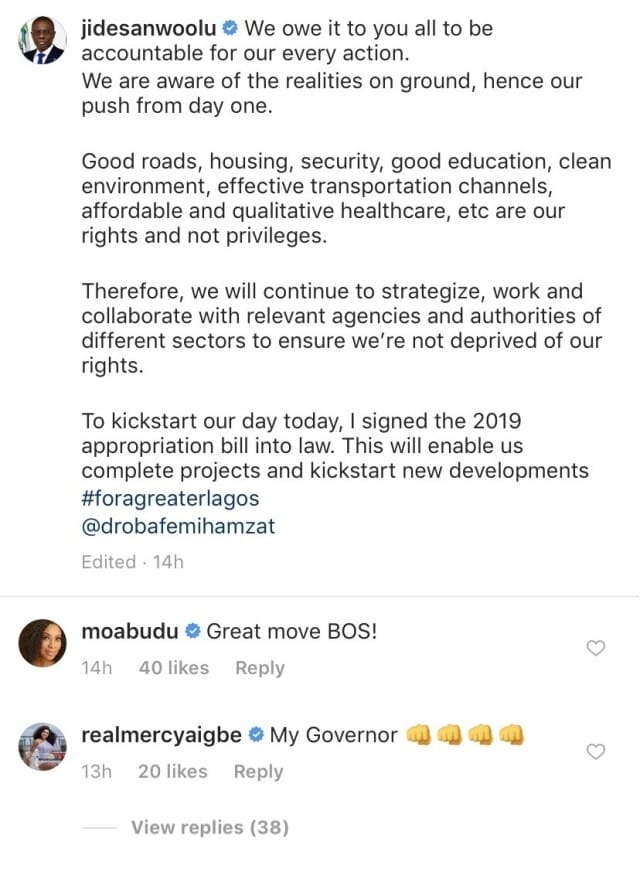 Check out screenshots of some reactions below: 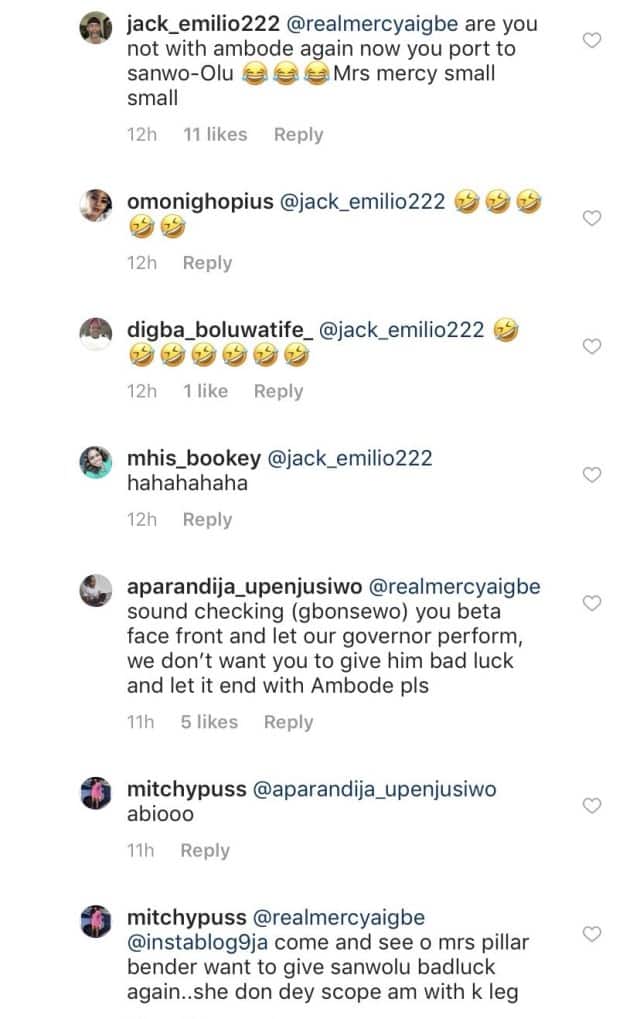 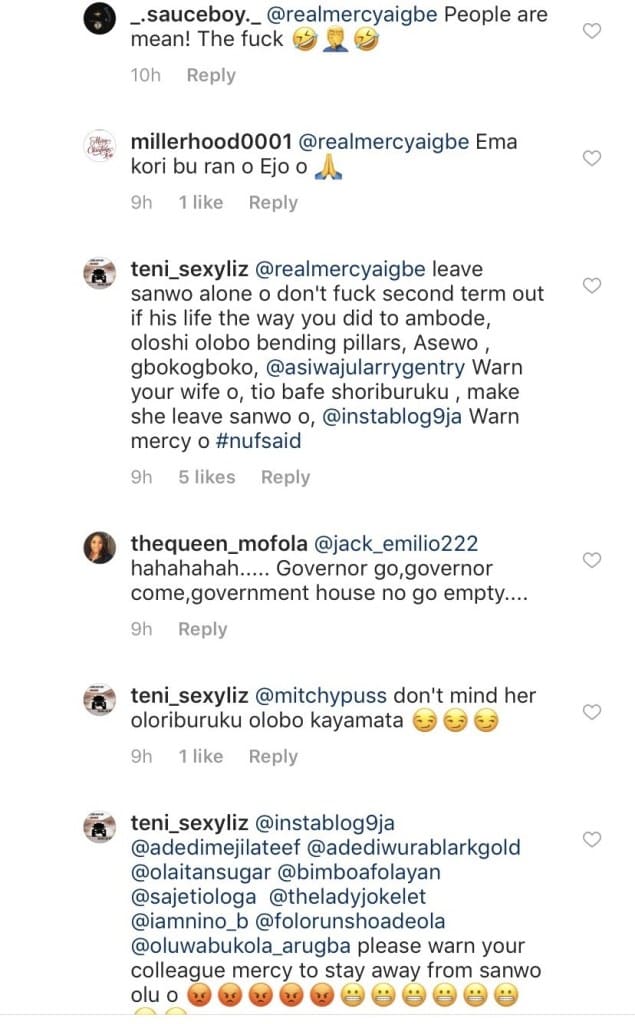 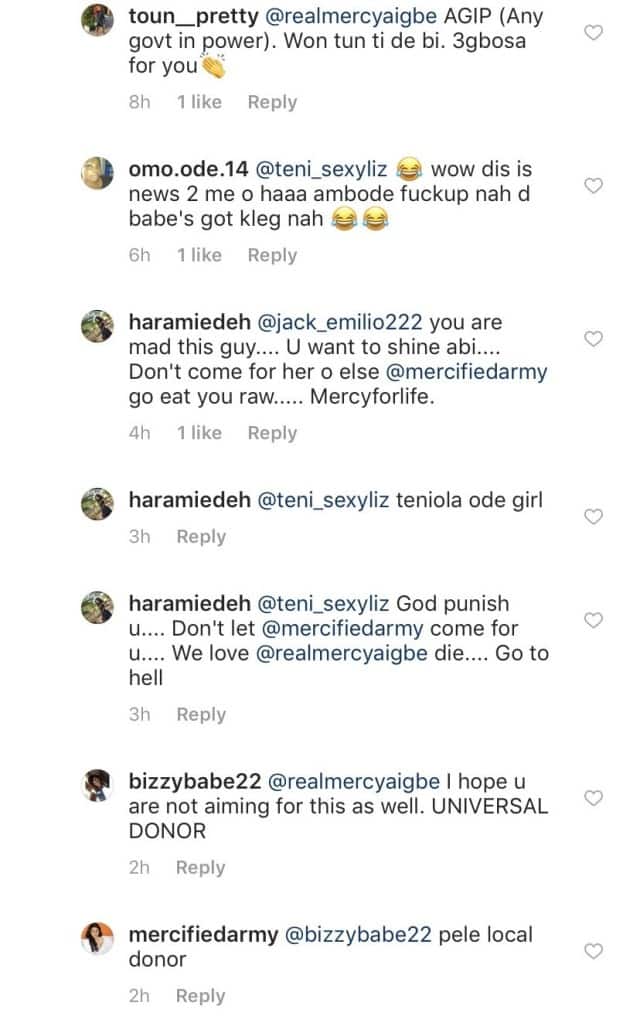 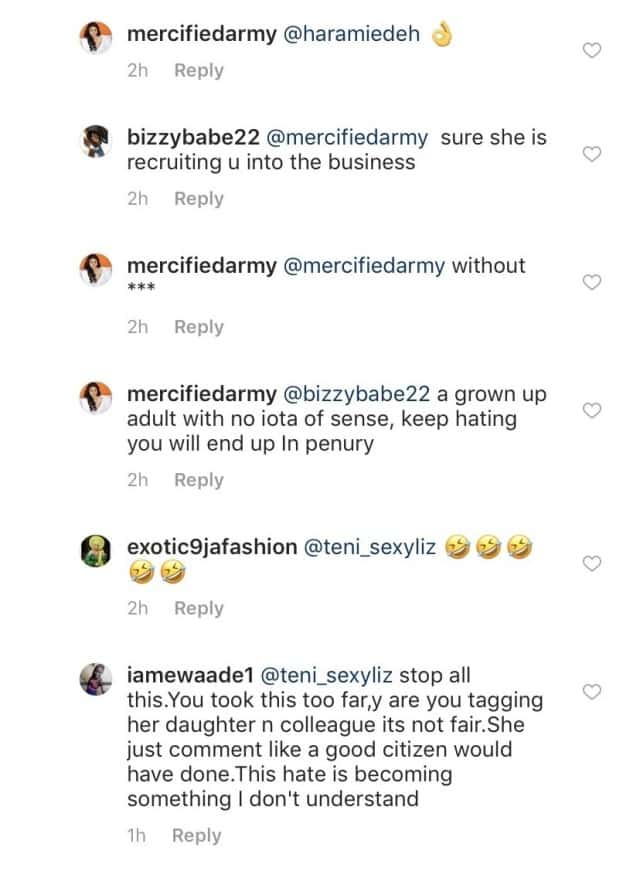 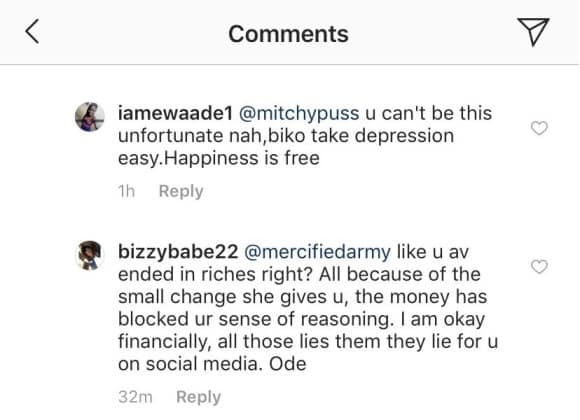