Home Entertainment News Traders protest after a man settled his apprentice of 9 years with...

On the streets of Onitsha, Anambra State, there was a tremendous outcry when various traders at the Electrical International Villa Market held a protest against a trader who is also a market partner, over an amount of money he provided to his long-serving apprentice. 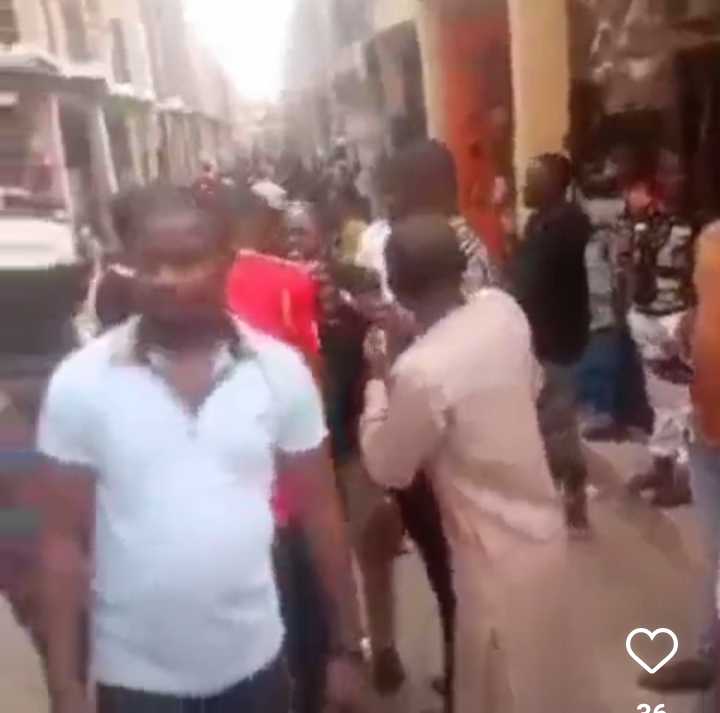 After serving him for 9 years uninterrupted, the anonymous businessman is said to have handed his apprentice 100,000 naira as a token of appreciation.

In the footage, some enraged men can be seen demanding retribution for what they consider to be the boss’s outright evil.

However, the businessman was seen standing in front of his shop, observing the protesters’ demonstration.

Someone could be heard saying;

“A young man served his boss for 9 years and got rewarded with N100,000. Igbo people are showing wickedness to their fellow Igbo. It is not good, this is a bad act. He worked as an apprentice doesn’t mean you will eat him up. You will settle the boy because he didn’t steal your money and your goods are never for once found missing.”