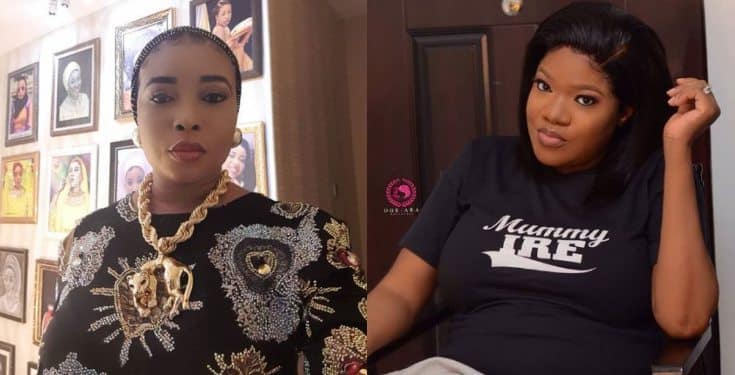 Toyin Abraham wants everyone to know that she welcomed her son in a hospital in Lagos, dispelling the claims that she had him in a ‘traditional home.’

However, there had been speculations that Toyin Abraham had welcomed her child in the United States. In the newly shared video, the actress said she returned to Nigeria to give birth to the child because she wanted to be close to family.

Actress Yvonne Nelson reveals when she lost her virginity