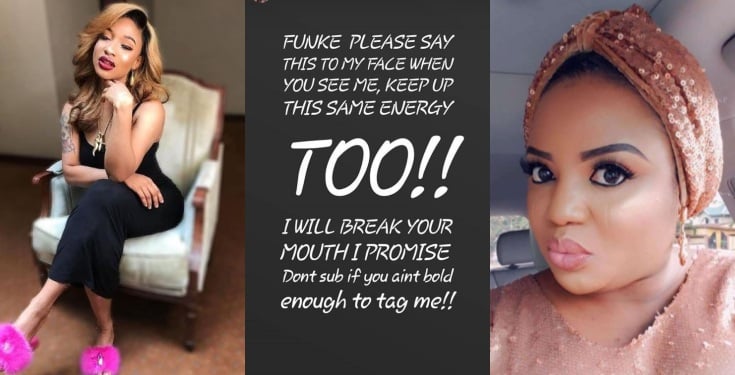 In the wake of the explosive interview granted by Nollywood actress, Tonto Dikeh, concerning the father of her child, a lot of people have wondered why it’s hard for her to move on, at least for the sake of her son.

She also bared it during the interview where she talked about her estranged husband, giving shocking revelations about the father of child.

Tonto’s revelation has of course, caused mixed reactions amongst fans, followers and colleagues – actress, Funke Adesiyan, threw a subtle sub in the air.

Reacting to the actress’s video, Funke Adesiyan said “Some partners are toxic. Their toxicity will destroy you, your core and existence. May God not let us fall victims of “oloriburuku” partners. Amen!#disgracetowomanhoodDon’t know why it’s so difficult for her moving on!”

In response to Funke, Tonto Dikeh has guaranteed Funke a broken nose. Below is her reaction; 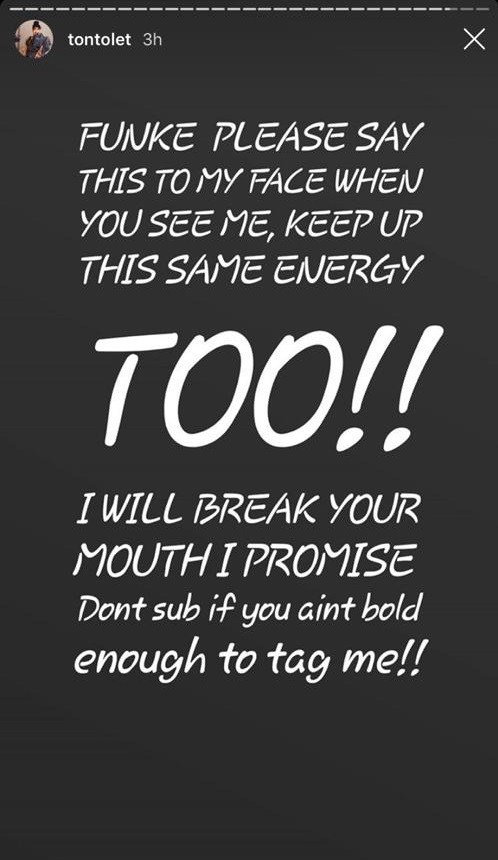 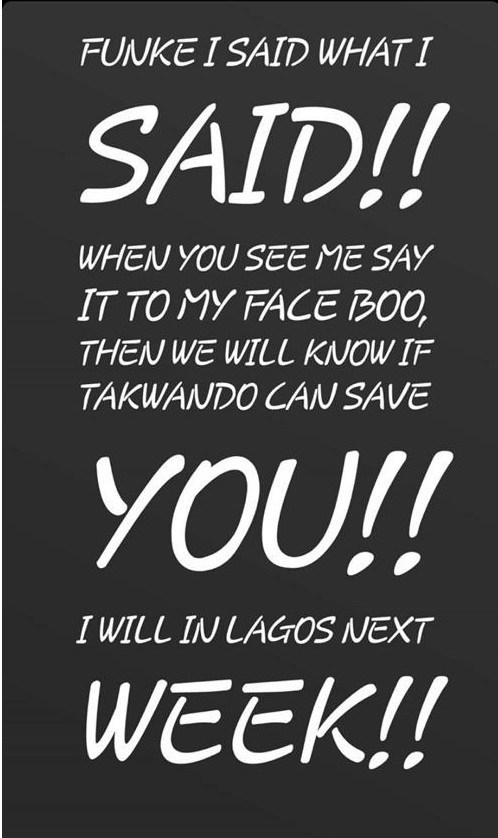