Yesterday, reports went viral that actress Tonto Dikeh was allegedly involved in a fight in Dubai and was arrested and deported following the incident. 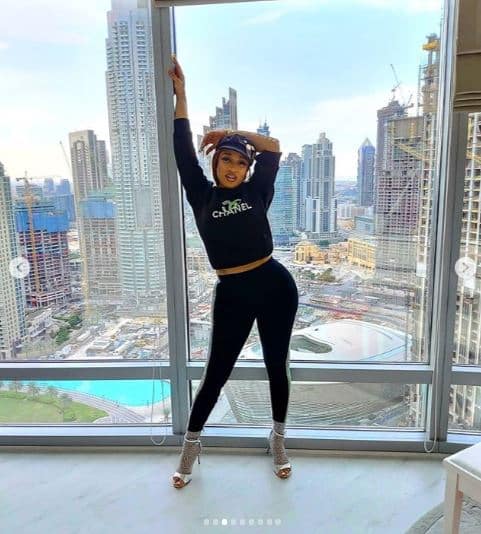 According to Stella Dimoko Korkus who broke the news, Tonto got involved in a fight with a security personnel who wouldn’t let her into an event.

Tonto Dikeh yelled at the security guard and it attracted policemen to the scene. She was thereafter arrested  and Korkus’s source wrote that the actress may be deported from the city.

However, Tonto Dikeh in a new video making rounds online debunked the report and bragged that nobody can touch her as ‘King Tonto’.