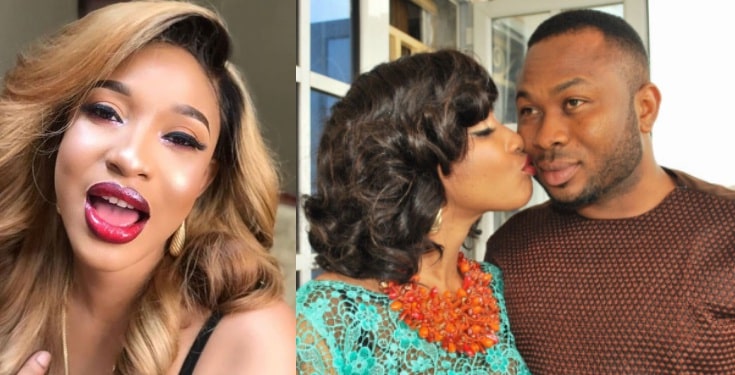 A fan berated Tonto Dikeh for using her ex-husband, Churchill’s alleged sexual deficiency to publicly shame him. And Tonto replied, explaining why she made the private matter public.

The actress granted an interview where she claimed the father of her son, Churchill Olakunle Oladunni suffers from premature ejaculation and only lasts for “40 seconds”.

The interview went viral and a lot of people had differing opinions.

The actress then took to Instagram to reveal that after her interview went viral, she’s got so many heartbreaking emails from women claiming they are victims of abuse too. She warned that it can happen to anyone and advised that others learn from her situation.

But a follower was not impressed with Tonto’s sermon and she berated the actress for using a sensitive topic such as a man’s sexual deficiency to try to shame him.

Replying to the follower, Tonto wrote: “So a man fucking man say I’m on drugs and I can’t use his sexual disease against him?? Ooo pls honey I said more. For me I will drag your life from hell and back until i’m ok!! We all can’t be the same you know.” 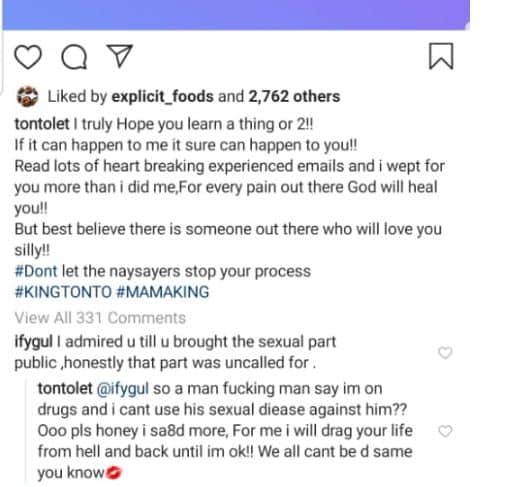