Tonto Dikeh took to Instagram to wish her son’s nanny a happy birthday but some followers had a problem with the fact that the nanny’s photo was not used. 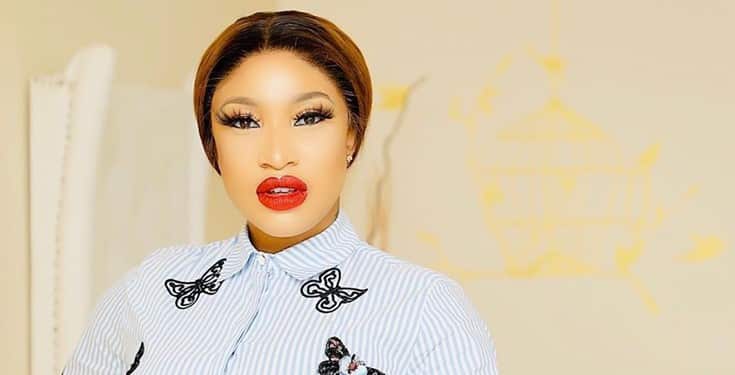 The actress shared photos of the delicacies prepared to celebrate the nanny’s birthday. This included cake, salad, Jollof rice, and more.

On the cake was written: “Happy birthday best nanny in the world.” 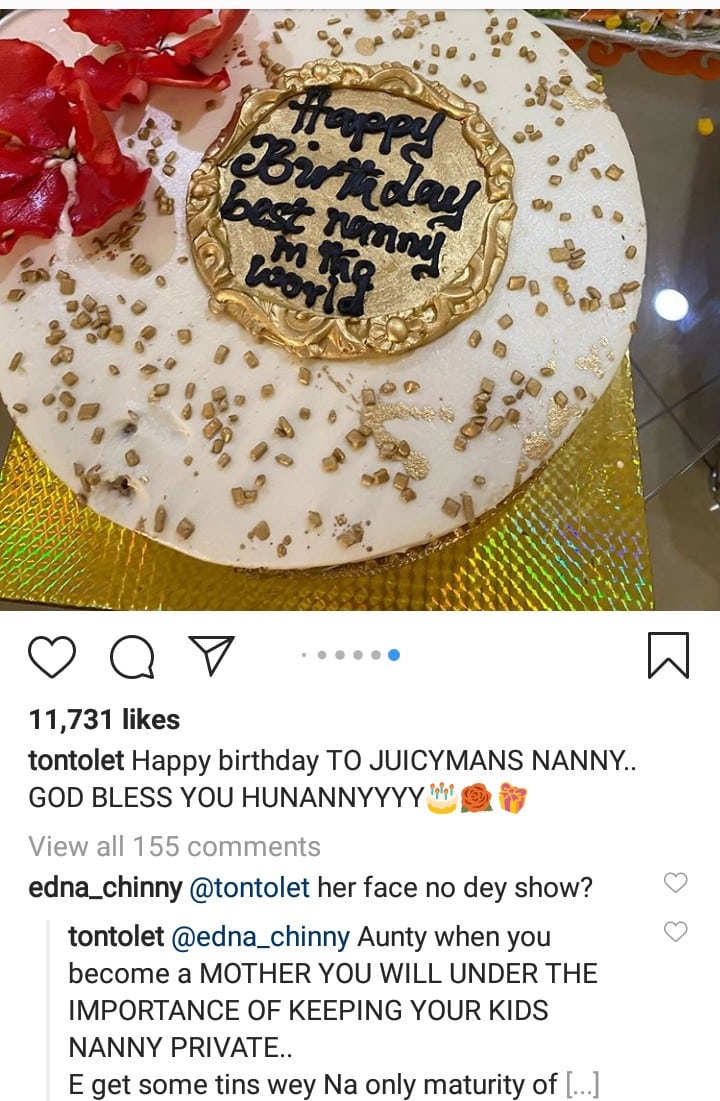 Tonto went on to express her gratitude and love for the nanny in three different Instagram posts.

In one post, Tonto added that she gave the nanny 400,000 Naira as a birthday present. 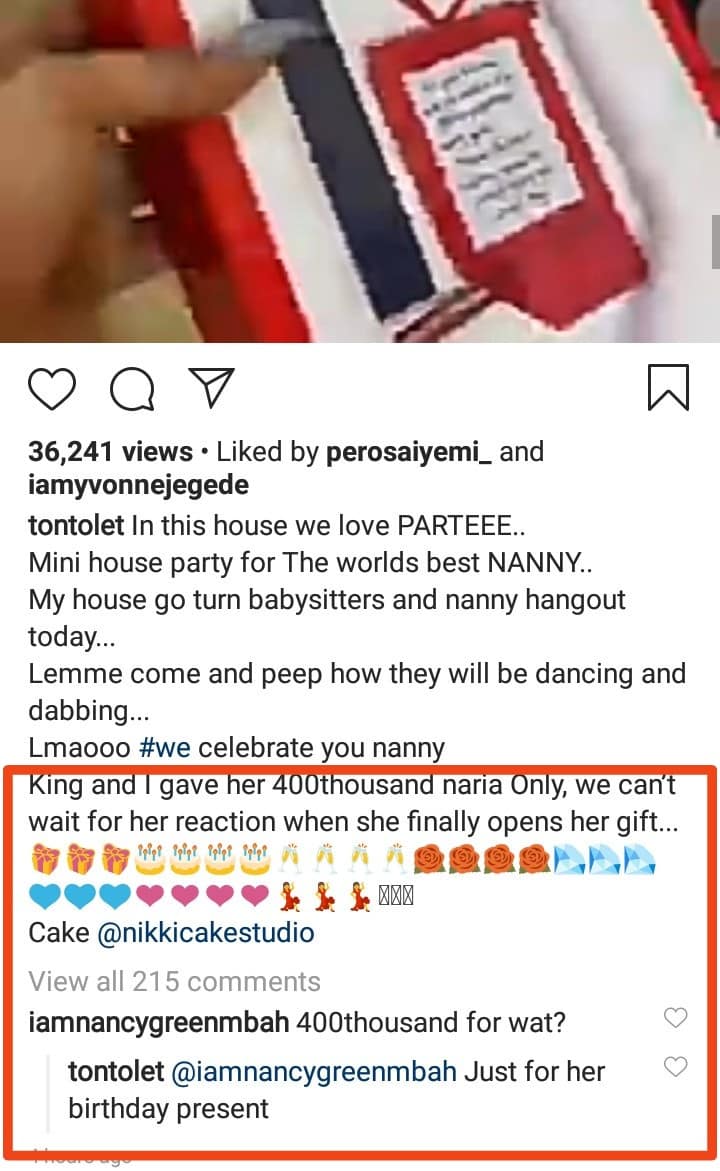 Well, some of her followers wondered why she did not put up a photo of the nanny and they questioned her. Someone asked if it’s an “audio nanny”, and one follower brought up the incident with Tonto’s ex-husband where he mentioned that he’s not been allowed to see his son under the guise that he doesn’t have a nanny.

Tonto’s followers then called for the actress to show a glimpse of the nanny, even if it’s just her back. 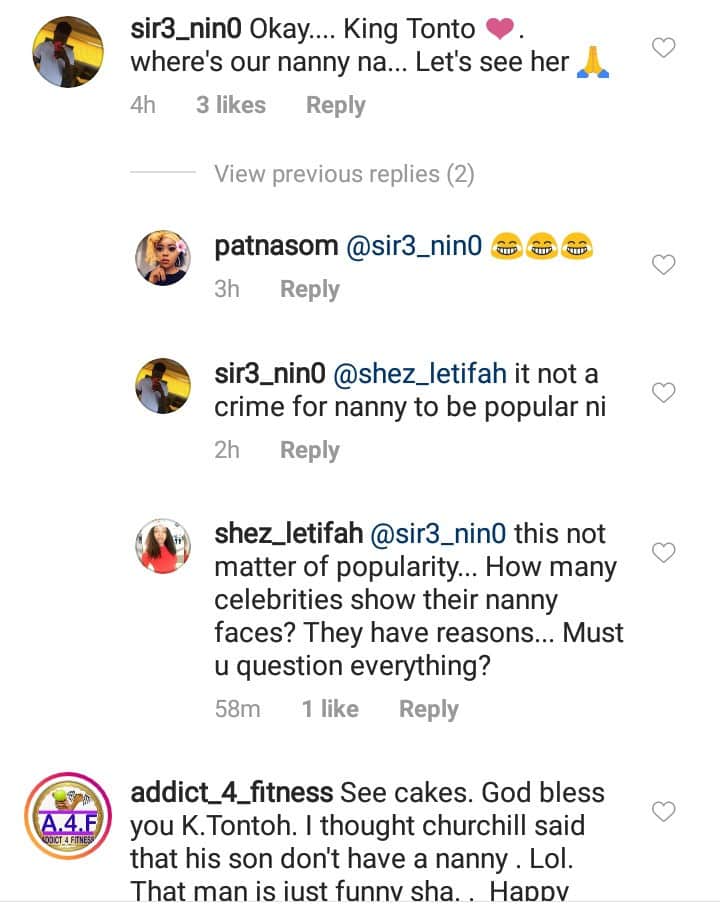 However, Tonto responded, telling them that for security reasons, she can’t show her child’s nanny.

She wrote: “When you become a mother, you will understand the importance of keeping your kid’s nanny private. E get some things wey na only maturity of motherhood fit teach you.” 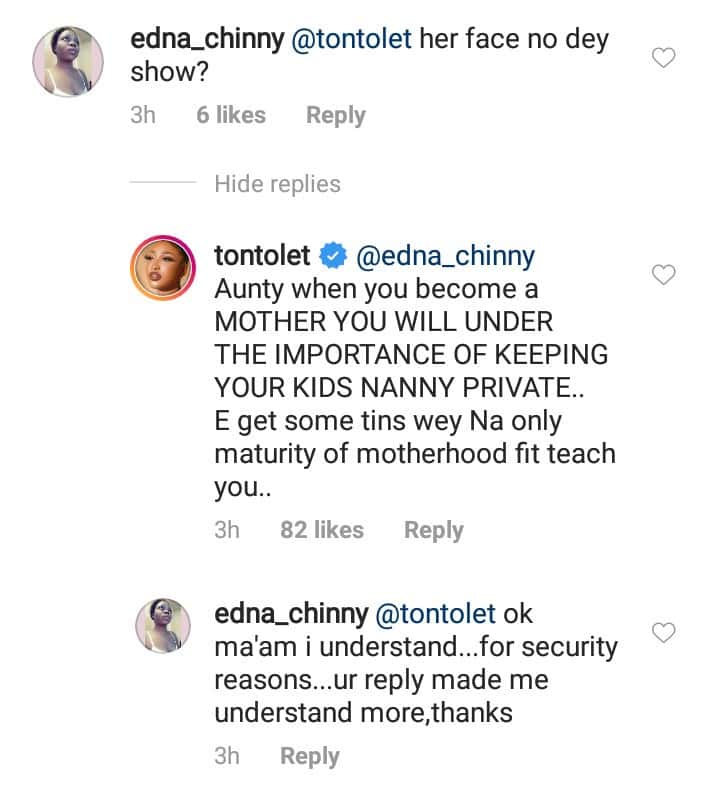