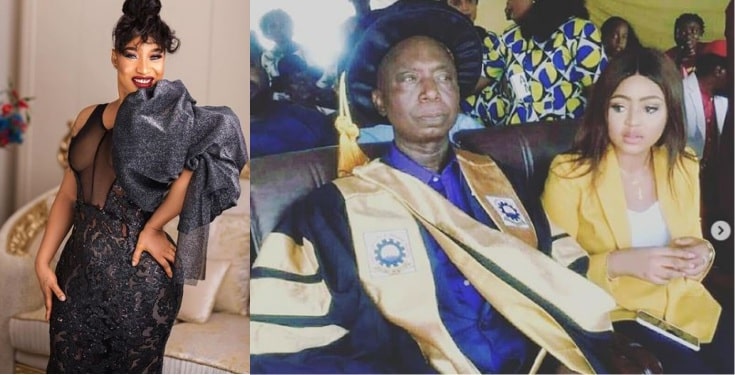 Nollywood actress Tonto Dikeh has come to the defense of Regina Daniels who was heavily criticised for marrying 59-year-old billionaire, Ned Nwoke.

The former child actress has been trending after she was pictured at an event with her husband Ned Nwoko, 59, and they were filmed dancing afterwards.

Pretty much everyone had an opinion about Regina’s decisions. While some criticized her, some defended her.

Tonto Dikeh have now come to the defence of her fellow actress.

Taking to her Instagram story, she called out people criticizing Regina and asked them to let her be. 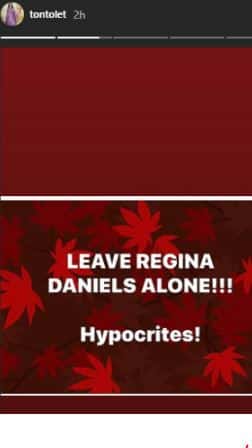 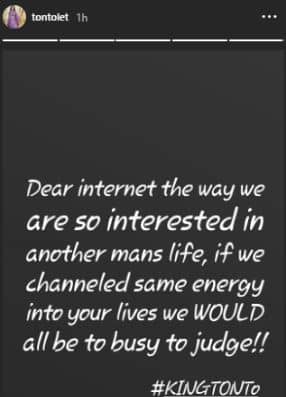