Nollywood actress and mother of one, Tonto Dikeh has reacted to the allegation that she forged and illegally sold off her ex-hubby Olakunle Churchill’s N22 million Toyota Prado SUV.

The actress shared a long laughter emoji on Instagram as she stated that the truth is coming out gradually about her ex not really buying her any car as she had earlier claimed all just to make him appear good before people.

Little by little the truth is coming out and will all come out!!! When I came out to say it was ALIE that I wasn’t bought any car, Abi this man was ranting on every blog that HE BOUGHT ME A CAR IN MY NAME! Abi I was called a liar because Na me use my hand lie say e buy give me just to raise his Profile!!

NOW THE TRUTH IS OUT, I NEVER GOT A GIFT AND NEVER WAS ANY CAR BOUGHT IN MY NAME AS A GIFT!! 22million for a fairly used bought ,lemme check if I still have that receipt #PS:-Pls keep shooting your self on the leg, I’m here for it!! 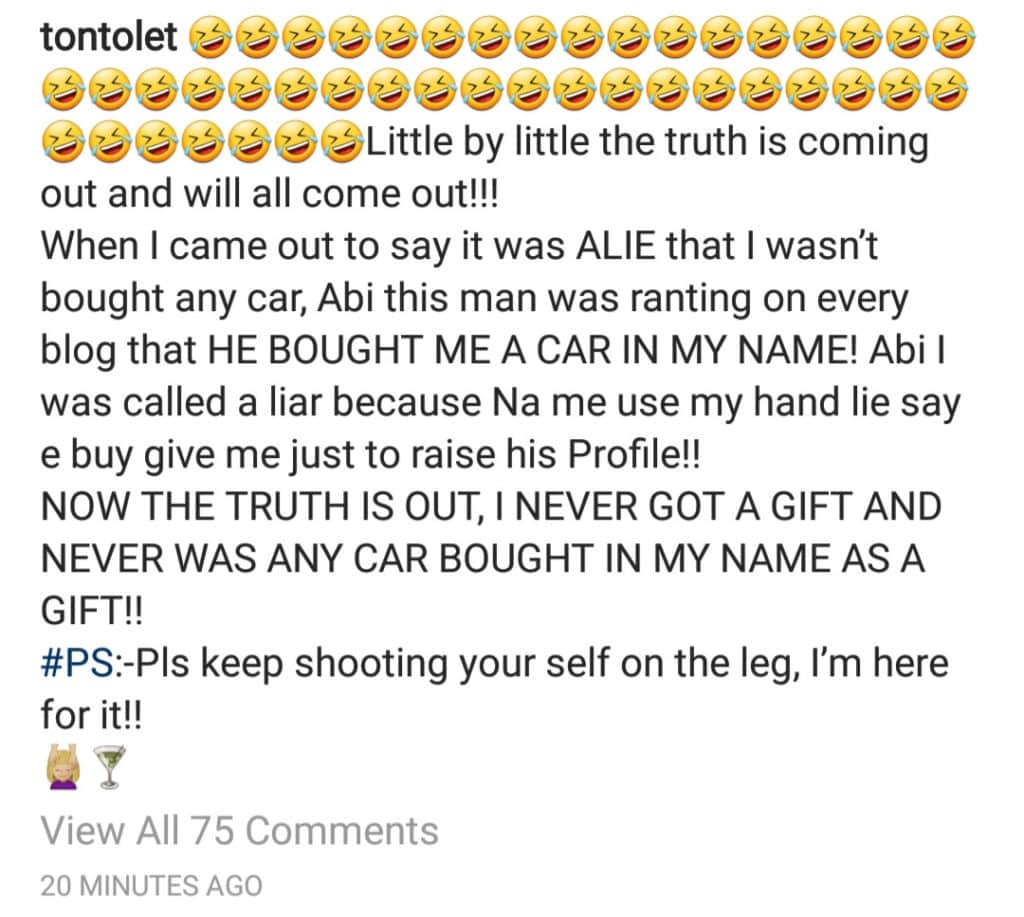