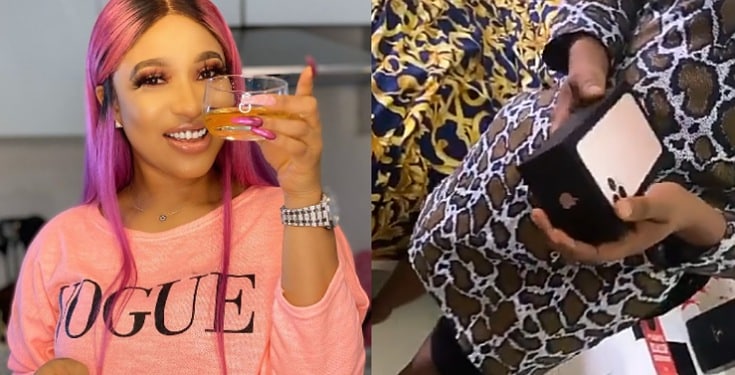 Nollywood actress, Tonto Dikeh has taken to Instagram to show the world the brand new iphone she got for his son’s nanny.

The mother of one decided to surprise her nanny with the phone which is said to be worth more than 500,000 naira. 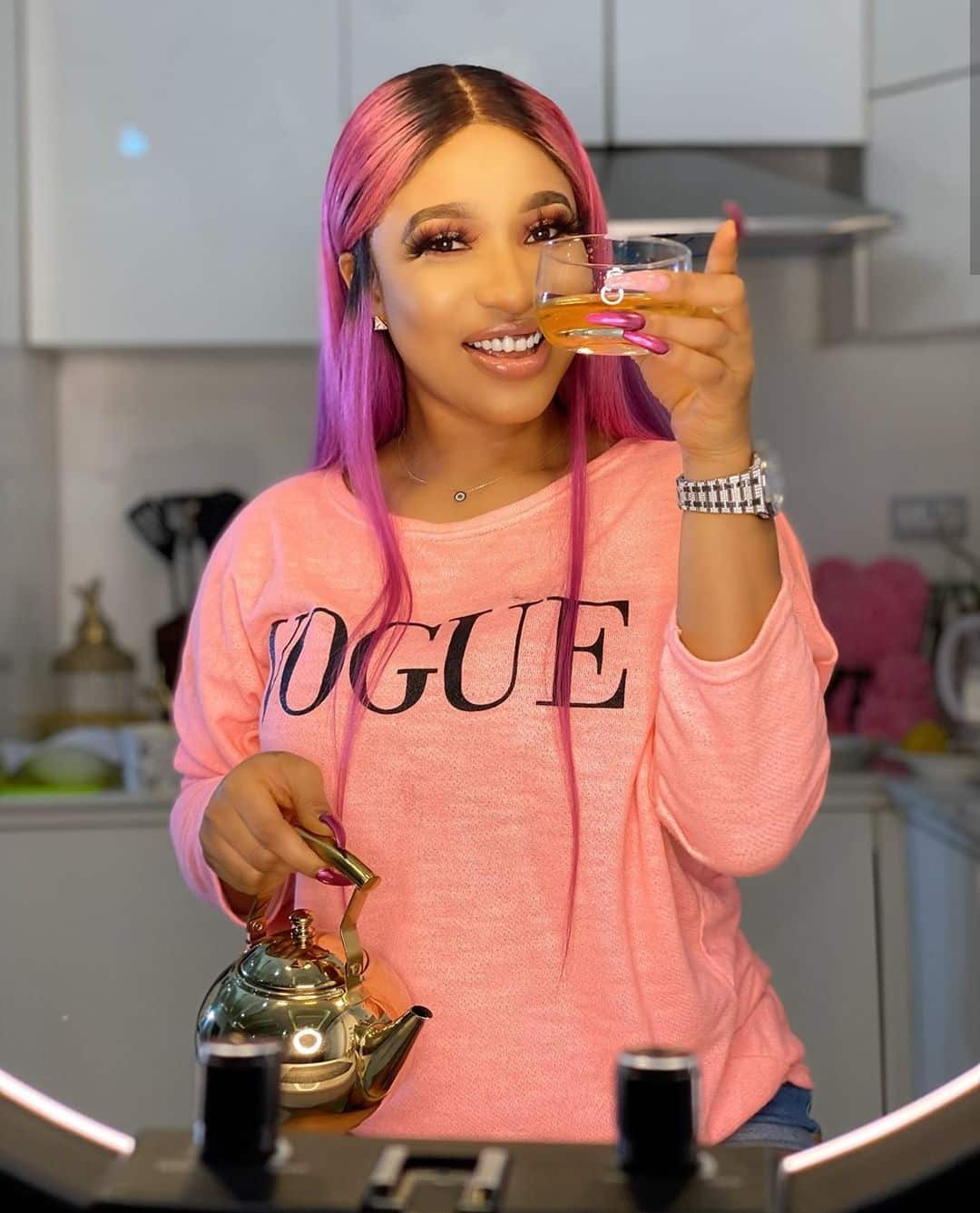 Recall that things did not end well between Tonto Dikeh and her former Nanny, Mrs. Mgbechi Enyinnaya who accused the Nollywood actress of subjecting her to all forms of emotional and psychological abuse while working for her.

The 56 year old Nanny confessed that contrary to claims by the actress of showing her love by regularly gifting her money for her children, she had never done so.

According to her, throughout the period she worked for Tonto, she always assaulted her verbally. “At the slightest opportunity, she would rain abuses on me and tell that she would scatter me if I wasn’t careful.

“I lived in that house with her despite all the constant harassment because of her son, King. I loved the boy like my own child and it was because of him that I stayed long with her.” She said.