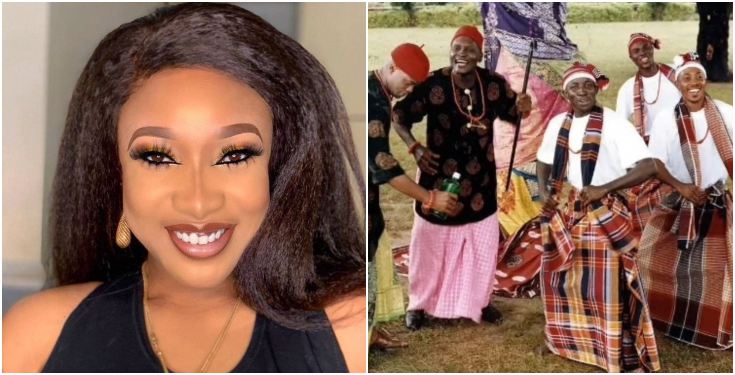 Embattled Nollywood actress, Tonto Dikeh, has denied ever saying that she cannot marry an Igbo man.

Years back, even before she got married to Olakunle Churchill, the controversial script interpreter was quoted to have described Igbo men as “noisy”, and that she cannot settle down with an Igbo.

The comment has resurfaced on social media following her now crashed marriage with Churchill, a Yoruba man, and her recent comments against her estranged husband.

She wrote, “I have heard and read a couple of times about this topic and I am actually totally shocked at this!

“I have never granted an interview saying such nonsense, I’m piratically from Igbo!

“I always said it years back that I didn’t have any Facebook account and that anything that time that came from Facebook under my name was not from me.

“I only just joined Facebook few years ago also I made a disclaimer 8 years ago on Twitter about this issue.

“Also as said by the invisible Tonto that I was raised by a poor father and had to sleep under bridges to make a living! Too bad.

“That’s far from the my case. I came from money and lived an average childhood with everything I ever needed at my feet, went to the best schools in my community!

“Don’t get deceived by the media. If I said it, I will boldly stand to it.

“No media house can make claim to this interview. So please, my people these are not my words. Enough is enough.”