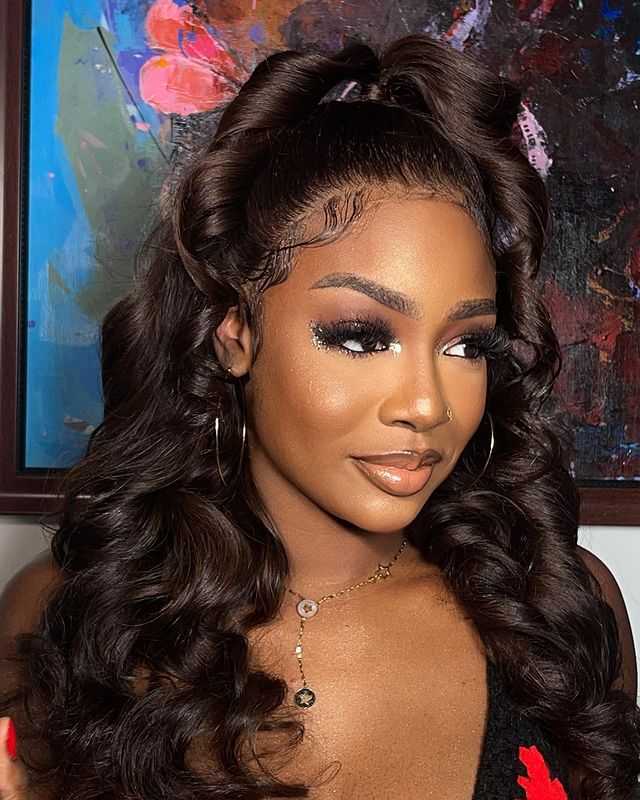 The ex-housemate of the Big Brother Naija reality show had taken to the microblogging platform to share a photo of herself which sparked reactions amidst her fans of being different.

“This is not the Tbaj I know,” some users wrote while insinuating that she added weight. 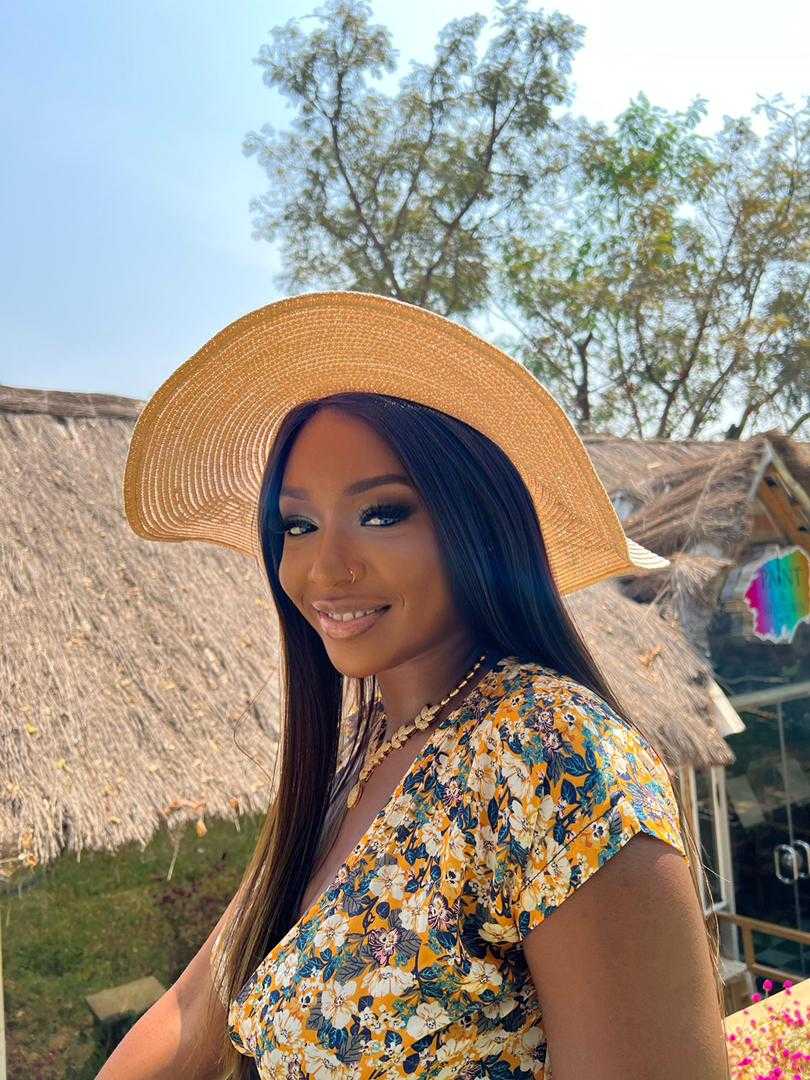 Tolanibaj, however, faced fire-with-fire as she attacks trolls who tried to drown her confidence.

“Thank God for confidence. Cause Nigerian/BBN Twitter tried to push the narrative so hard that TBAJ was an ugly babe. Ori gbo gbo daru,” she wrote in a follow up tweet. 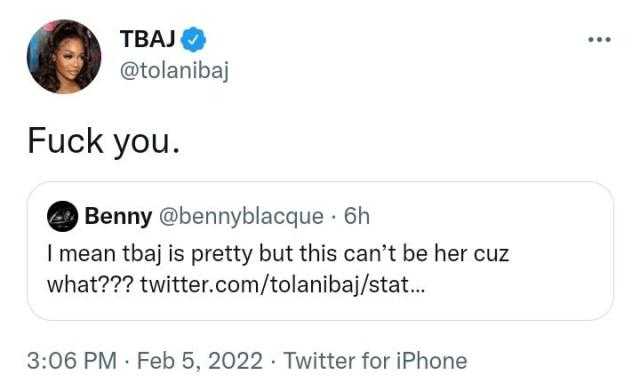 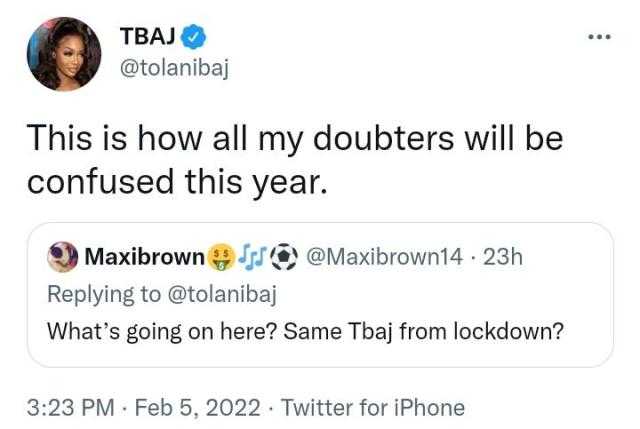 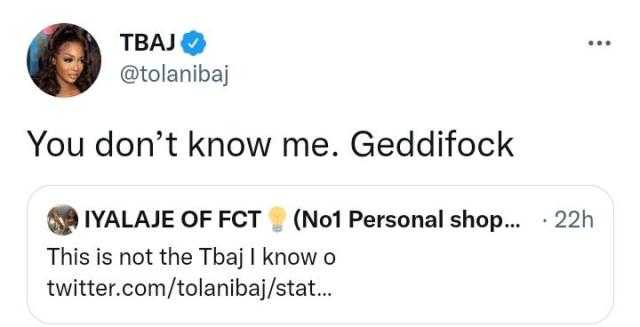 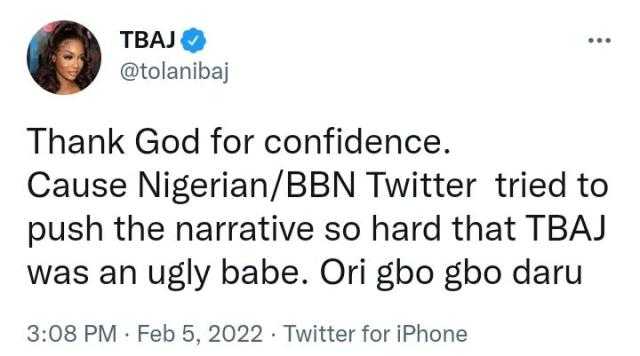