Former Big Brother Naija housemate, Tochi has reacted after fans dragged him to filth and chose N40million over him.

Recall, hours ago, ex BBN housemate took to his Twitter account to ask fans to choose between getting a chance to meet him in person, or having N40 million in their accounts. 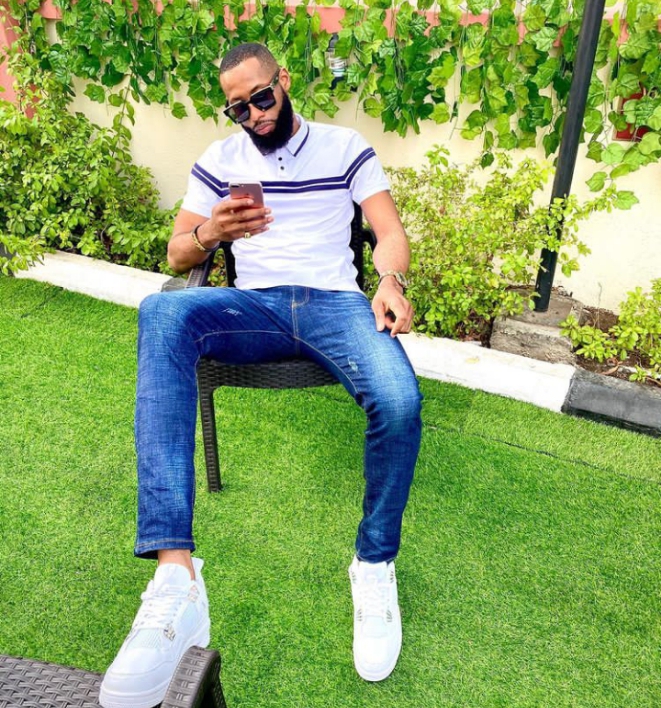 Reacting to this, fans dragged him to filth as they picked N40million over meeting him in person.

“Tochi, without blinking twice I will choose N40m instead of meeting u cos u are still an upcoming Naija celeb so there’s no guarantee that meeting u in person will be fruitful & judging from what u did in the BBN reunion, u are quite judgementa! so we can’t correlate. No shades.”

Reacting to this, Tochi stated that his fans are so rude and unfaithful especially fans on Twitter.

“You people are so rude and unfaithful on this app”, Tochi wrote. 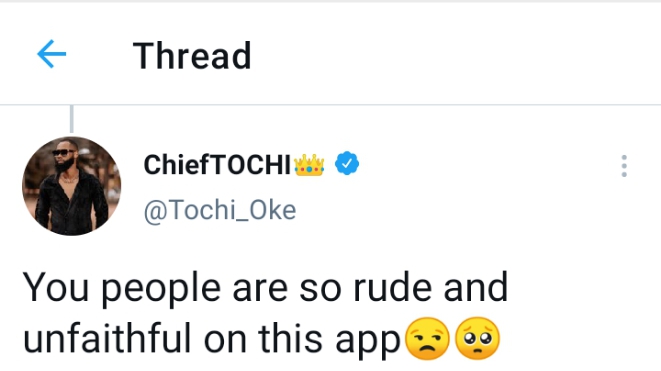