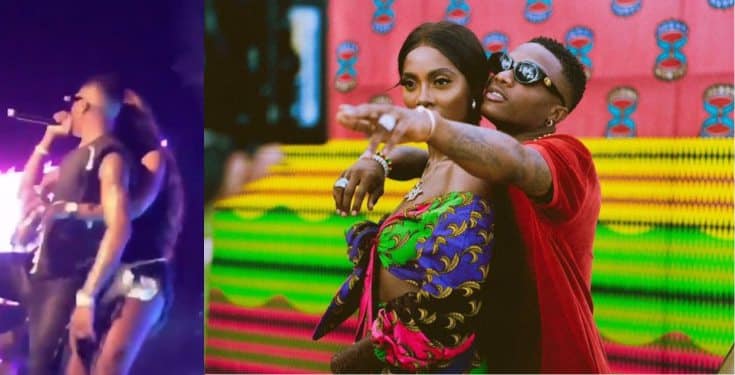 A video showing popular singer, Tiwa Savage being all over her rumored boyfriend, Wizkid has surfaced online. 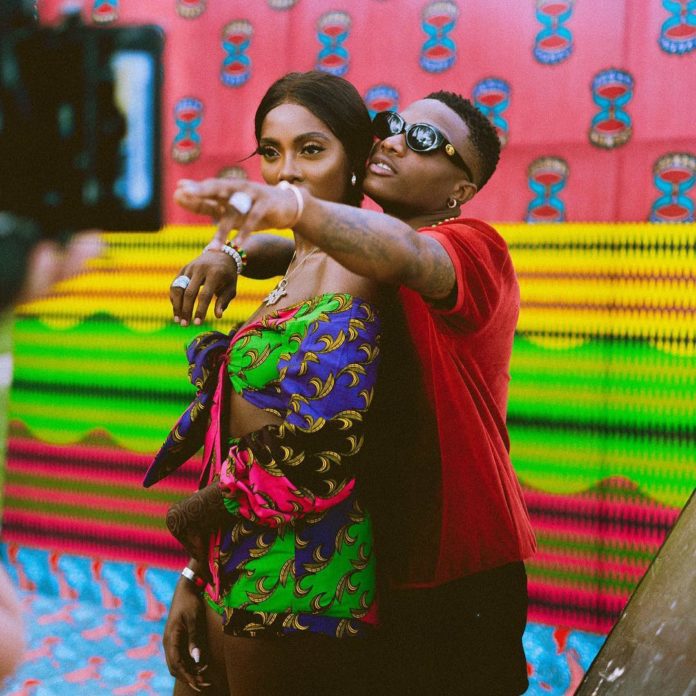 Recall that Iiwa Savage has responded to those criticizing her relationship with Wizkid, saying it is no man’s business and the older the berry, the sweeter the juice.

In the video, the 39 year-old songstress surprised the 29 year-old singer on stage as she romantically grabbed and hugged him from the back while he was performing on stage at his concert, Starboy Fest on Thursday.