Nollywood actor, Timini Egbuson‘s ex-girlfriend, Lydia has lashed out at Maria for slut-shaming housemate, Angel while in the house and for never apologizing for her actions. 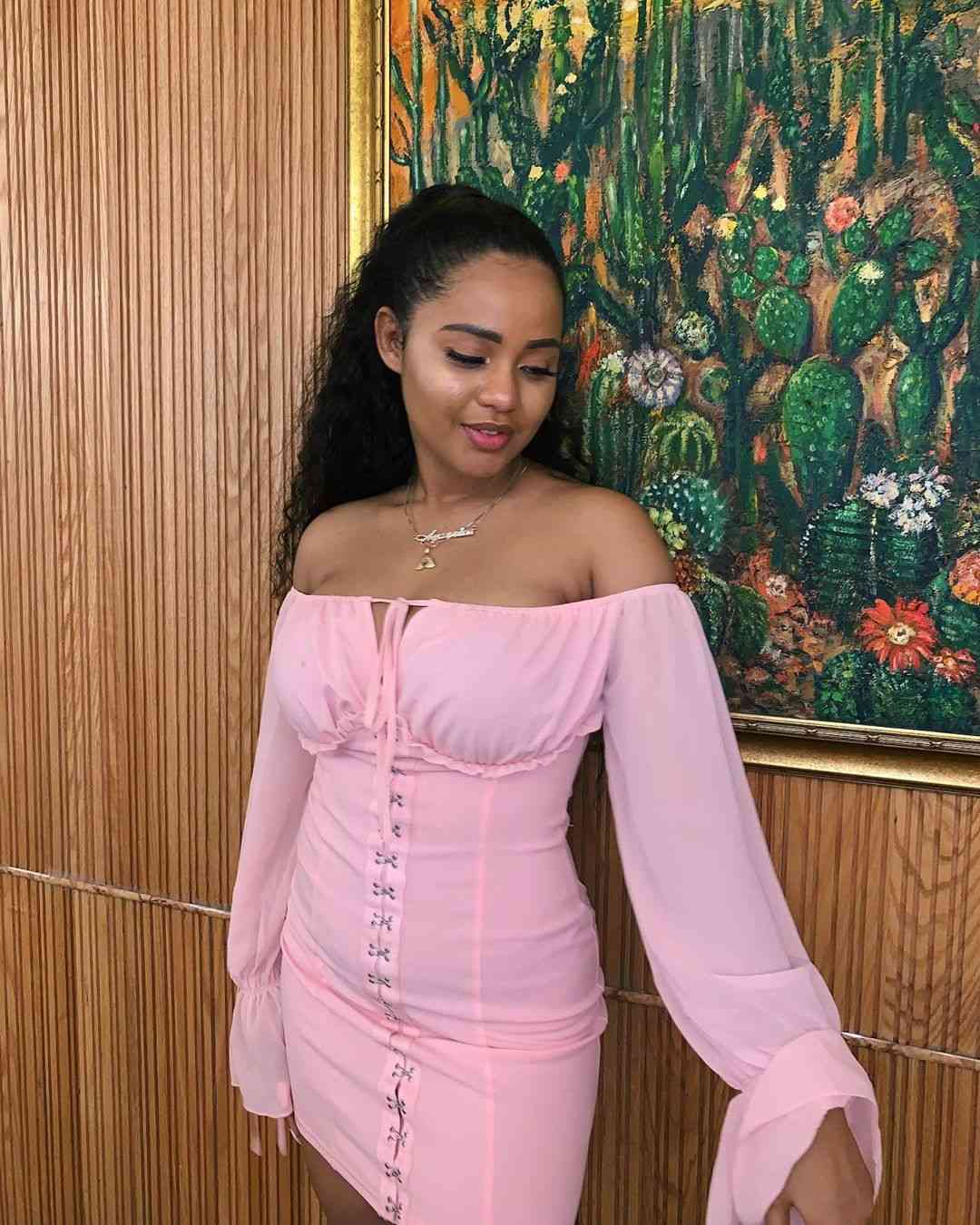 Lydia took to her Instagram page to note that evicted housemate Maria hasn’t apologized to Angel for saying hurtful words to her. Instead, her fans have idolized her, calling her the “Queen of the show”.

She further stated that Maria lacks zero accountability and her character is flawed for trying to put down her gender.

“It’s one thing that we have to deal with men that talks down on women, but women, too? Maria is part of the problem with our society, with her stupid takes in how women should behave“, she added. 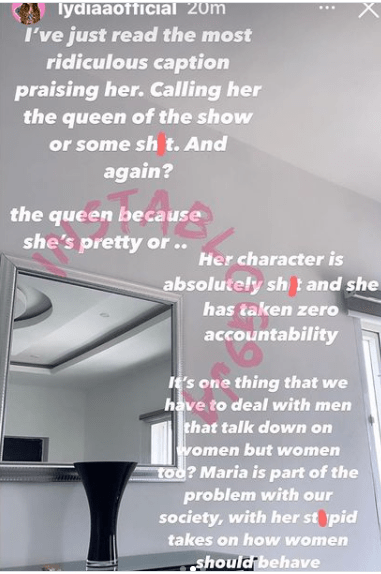 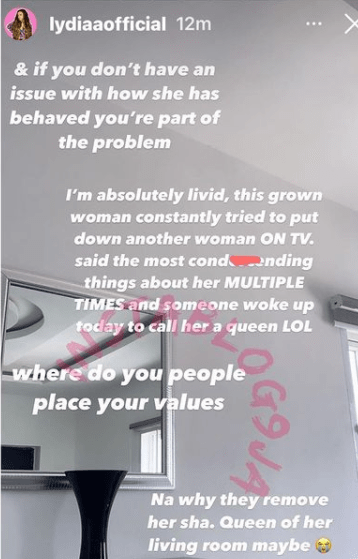 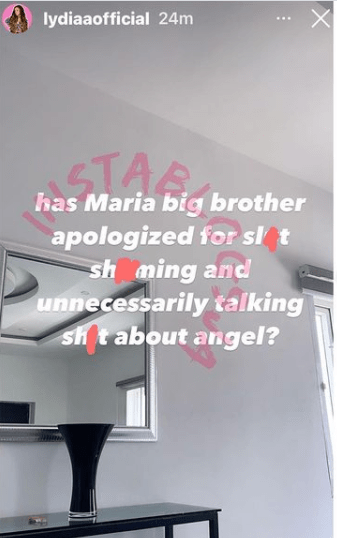