Home Entertainment News “They were asking for survivors so they could kill them like others”... 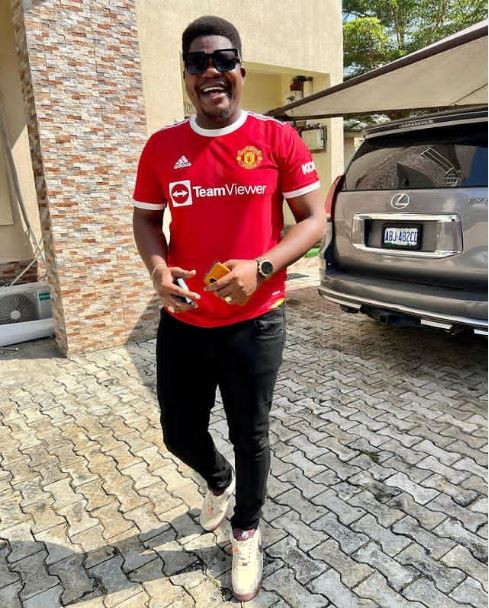 In a series of tweets, Macaroni who was a victim of police harassment during the EndSARS protest issued a stern warning to people who tried to conceal the truth as regards the incident.

He also noted that the government probably had the intention of killing any survivor or relative of victims if they had shown up as requested.

“They were always asking were the survivors and families of the victims were. So make them kill them the way dem kill others Abi?
All of you that defended this barbaric act should know that one way or the other, there will be a day of reckoning.

Those that have been speaking the truth since 20/10/20 are still saying the same thing till this very day.
Go and check the statements of Government reps or their supporters. It’s from one lie to the other. Now they are fighting themselves.
Everlasting confusion for the wicked.

The same panel that the government set up has presented their findings.
Except you people don’t have faith in your own Judicial system.
Since last year, we have seen numerous gaslighting and lies!
The truth always prevails and that truth is the #EndSARS Movement.” 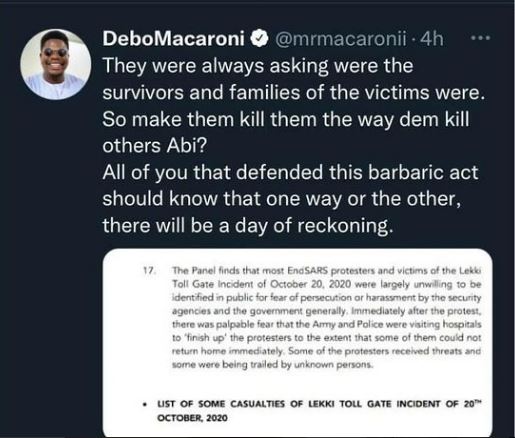 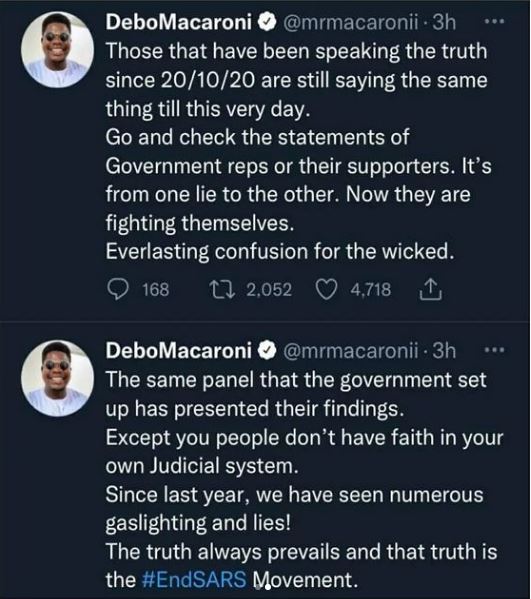