Home Entertainment News “They shot me on the foot, threatened me to shut up” –...

First runner up of the ninth edition of Big Brother Africa, Tayo Faniran, calls out the organizers of the show for threatening to ruin his life. 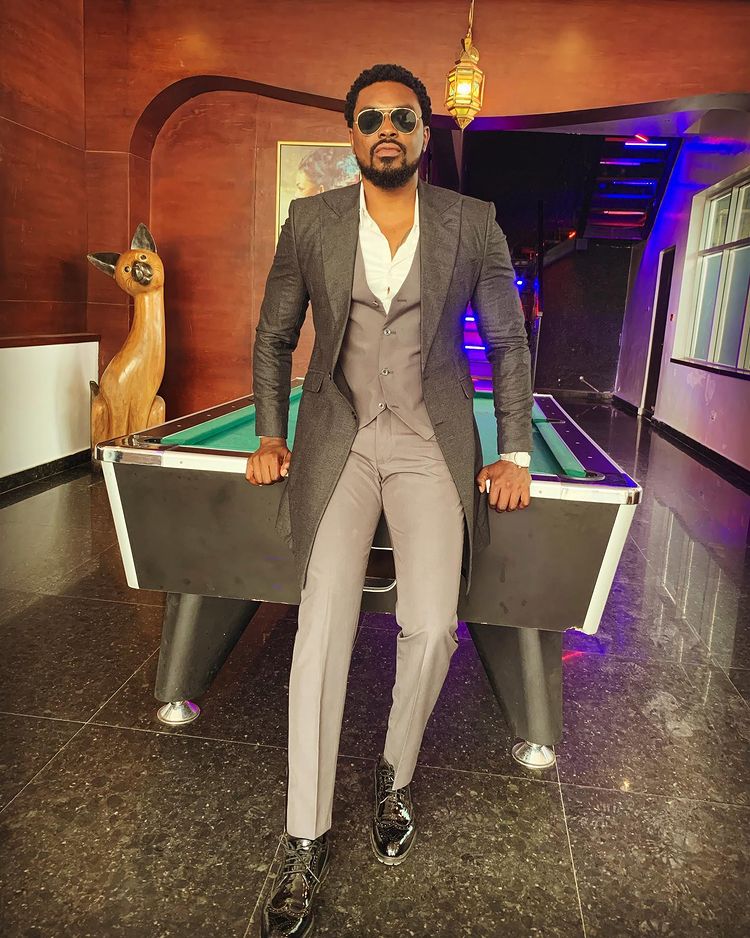 Tayo in an Instagram post opened up 7 years after his participation on the show on how the organizers made sure he did not win the show.

He added that the organizers threatened to ruin his career if he ever comes out to the public with the claims. 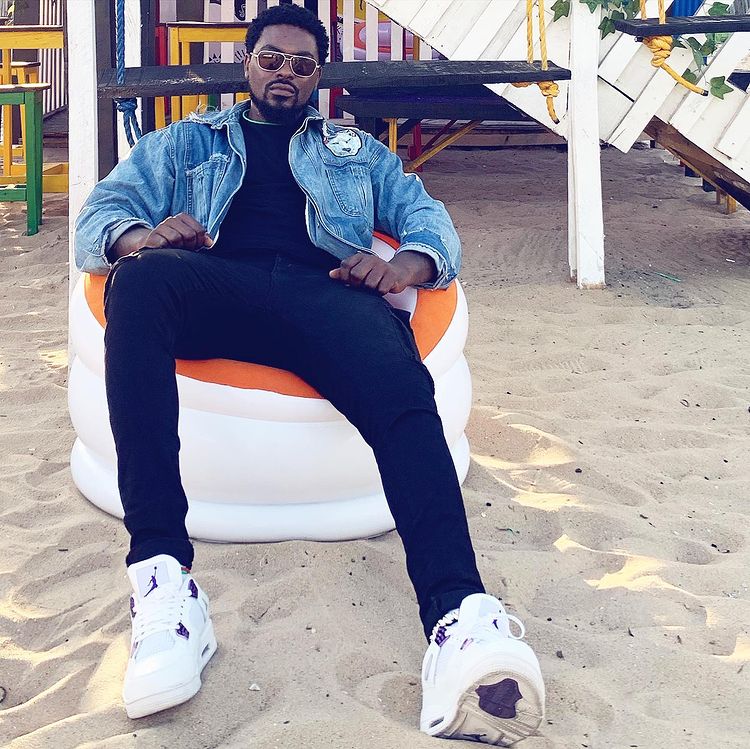 “One of them said to me: Tayo we know and understand your pain, and we see you are ready to fight but I tell you this, you will not win, we own everywhere, he continued by mentioning names of some people before me who stood up to them, they made sure people forgot them,I was only 28, they could have allowed me speak up if they had nothing to hide,or at least come out with proofs maybe I would have been free.

Human beings get power drunk and use their power to ruin other people’s lives, one day somehow you will pay for what you did to me, 7 years of pain but I know you are unbeatable coz you basically own the media, I know I’m not the only one you have hurt, I’m doing fine in many aspects of my life, but you killed a part of me, you left an eternal burden on my brain, everyone that had a hand in causing me this pain will never know peace, I will be in constant prayer,” he wrote. 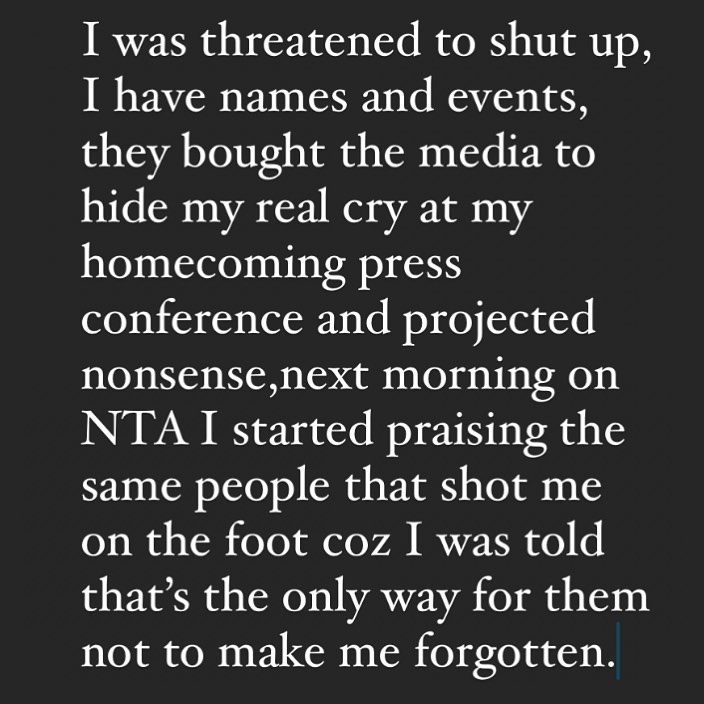 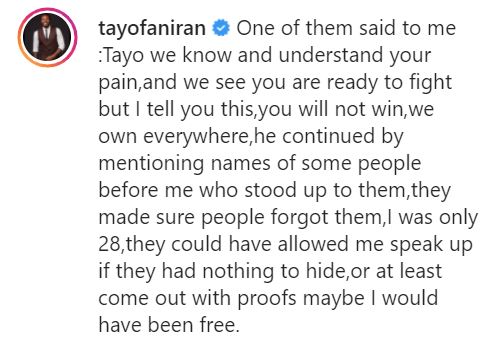 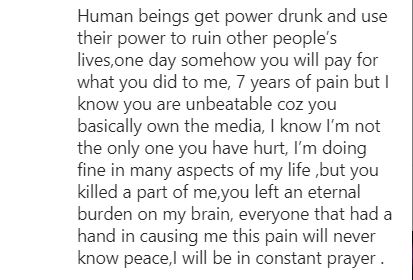