Home News  ‘I’ve done my best’-Theresa May breaks down in tears as she resigns... 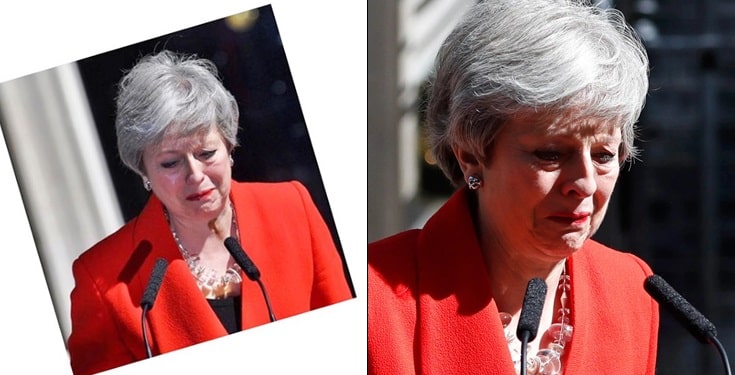 Theresa May broke into tears as she announced she will stand down as prime minister within weeks.

In an emotionally-charged statement on the steps of 10 Downing Street, Ms May said she will resign as Conservative leader on June 7, but will remain as prime minister until her successor is chosen. 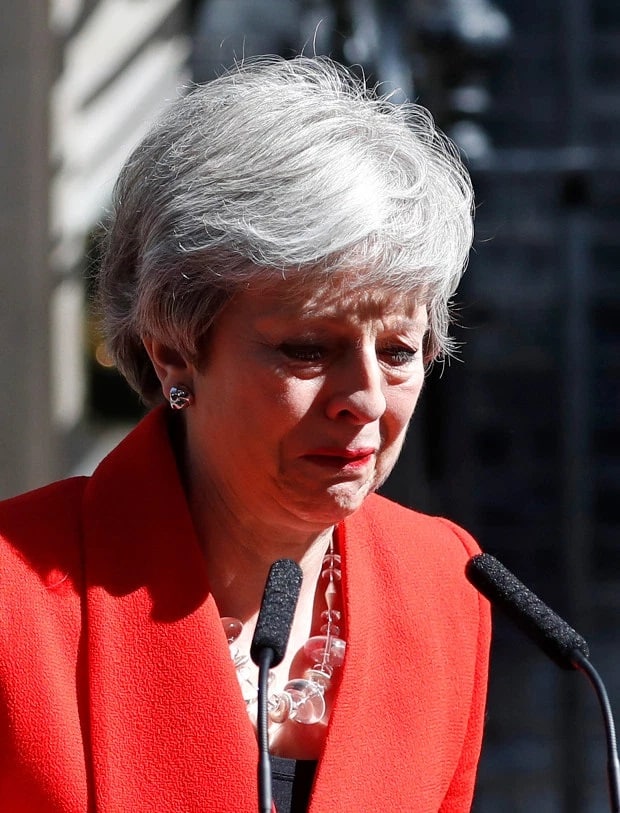 Watched by husband Philip, Ms May’s voice cracked as she said it had been “the honour of my life” to serve as PM and she felt “enormous and enduring gratitude to have had the opportunity to serve the country I love”.

In an apparent warning to the Conservative Party not to pursue a no-deal Brexit after she goes, she said her successor will need to pursue compromise to find a way of delivering the result of the 2016 referendum and taking the UK out of the EU in a way that protects jobs, security and the Union

Britain is now at the mercy of a small band of barmy Tory members.

The contest to find a new Tory leader will begin in the week after her departure. The timing allows her to host US President Donald Trump’s state visit to the UK on June 3-5 and take part in commemorations of the 75th anniversary of D-Day in Portsmouth and Normandy before the race to replace her gets under way in earnest.

Some of the likely contenders for the succession were among the first to pay tribute to May.

Boris Johnson hailed “a very dignified statement,” adding: “Thank you for your stoical service to our country and the Conservative Party.

It is now time to follow her urgings: to come together and deliver Brexit.” Dominic Raab said: “Dignified as ever, Theresa May showed her integrity. She remains a dedicated public servant, patriot and loyal Conservative.” 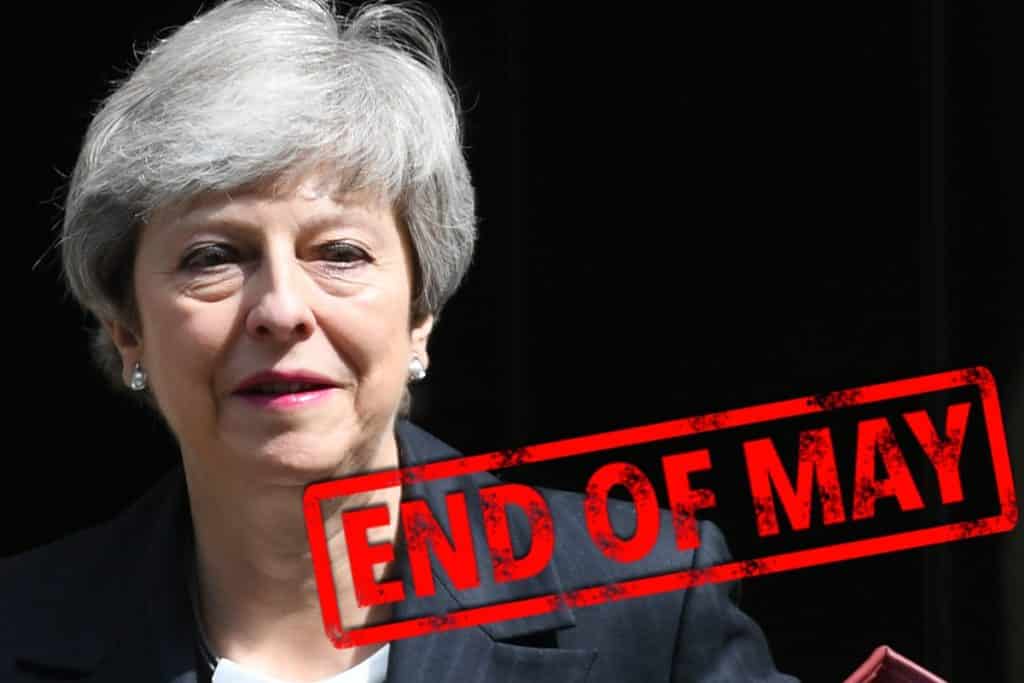