The management of Lit Suites hotel has released an official statement in reaction to the incident that occurred in Tacha‘s room on Monday.

The hotel tendered an apology to reality star after she called them out on social media, stating a member of their staff snuck into her room while she was laying on the bed. 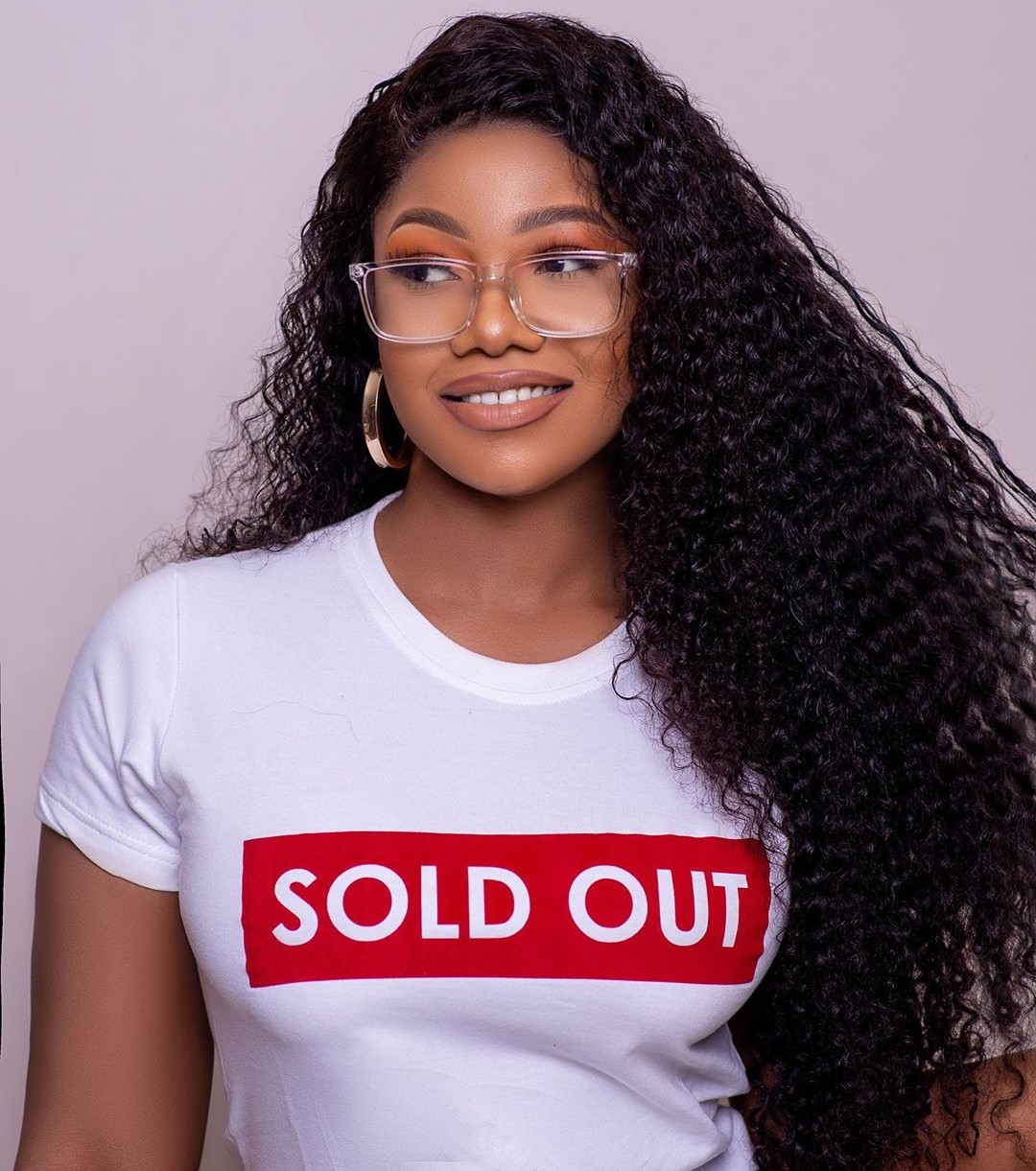 Addressing the incident, the press statement noted that the hotel remains one of the world class hotels in Nigeria, strategically located in a serene environment and has maintained an effective and efficient service delivery, backed by a true international Team of industry professionals with world class standards and a perfected warmth of continental hospitality.

Hence, they have never had such experience with any of their esteemed clients, guests or customers, adding that the staff in question was star-struck and full of excitement as a result of the prestige and stardom of the world class celebrity (Tacha).

The hotel also noted that the staff was over-zealous in delivering her luggage’s into her room without following due to procedures.

See the full statement below: 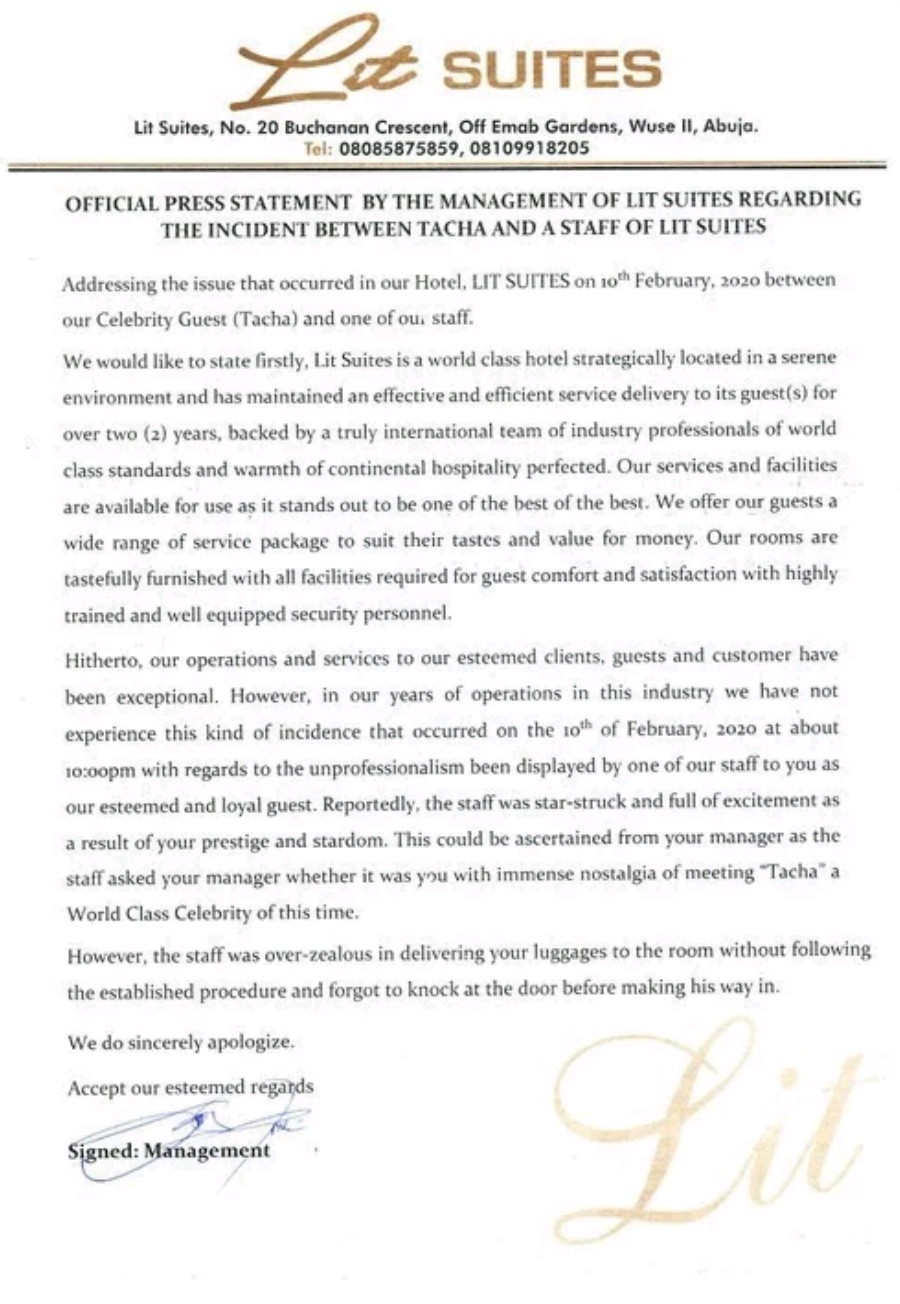