Home Entertainment News The ‘mummy calm down’ video is disgusting and a child abuse –...

Controversial journalist Kemi Olunloyo has reacted to the viral video of a young boy telling his mother to calm down. 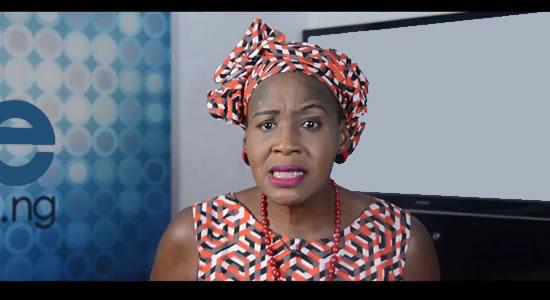 According to Kemi, the video is a disgusting video of child abuse and can cost the mom a lot in the future

She pointed out that In the United States, the child would have been taken away to DSS custody for emotional abuse.

Taking to her Facebook page on Friday, she wrote:

““Mummy Calm Down video” mom said she doesn’t know how it got leaked to the internet. You or someone next to you videotaped your child being emotionally abused by you on a phone and you still don’t know how that got online? Bullshit liar! Go see the governor for your big break. Pray he comes home with you. If you know, you know. Three diplomatic missions also watched the video shocked. Nigerians are foolishly praising their emotionally abusive culture that raises Yahoo boys, Terrorists, Kidnappers and cultists. Think outside the box. That video could cost the mother a lot in the future. This is not stardom or blowing. Learn about EMOTIONAL ABUSE. It is a form of domestic violence. The mother may not be able to get a job relating to children, may lose employment opportunities, may be denied travel visas etc etc. Now as always every dumb Nigerian is following the trend screaming “calm down” as if it’s a new phrase. You guys at home are totally fucked up with your follow follow mentality and this why you never progress.
#DrKOO” 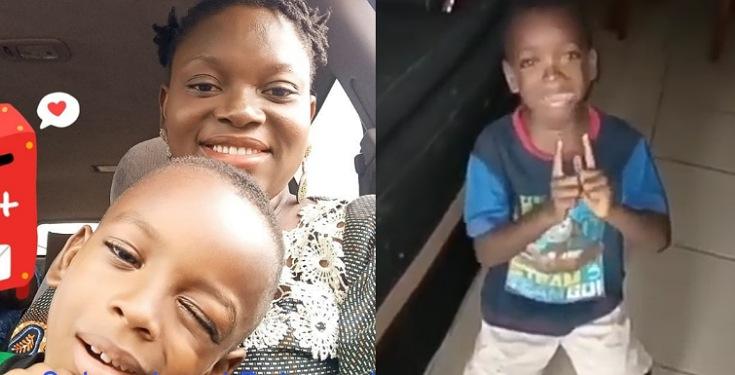 Recall that The executive governor of Lagos state, Babajide Sanwo-Olu, on Wednesday, July 29, asked to meet the boy in the viral video. 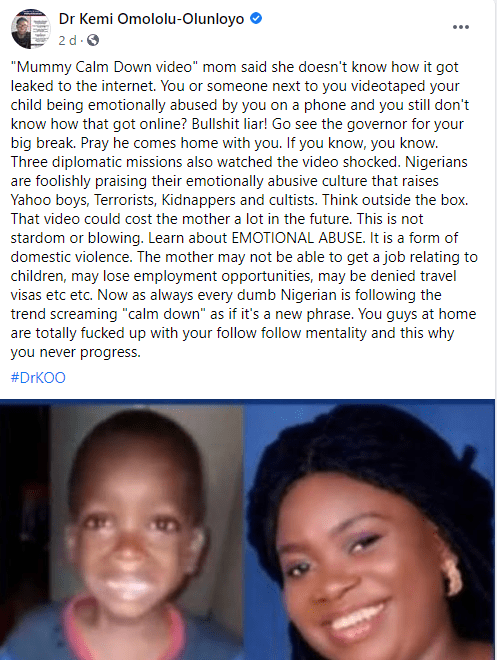