Man identified by his Facebook username as Princewill Umoh has narrated how he miraculously evaded mayhem that was about to be unleashed on him by alleged cultists. 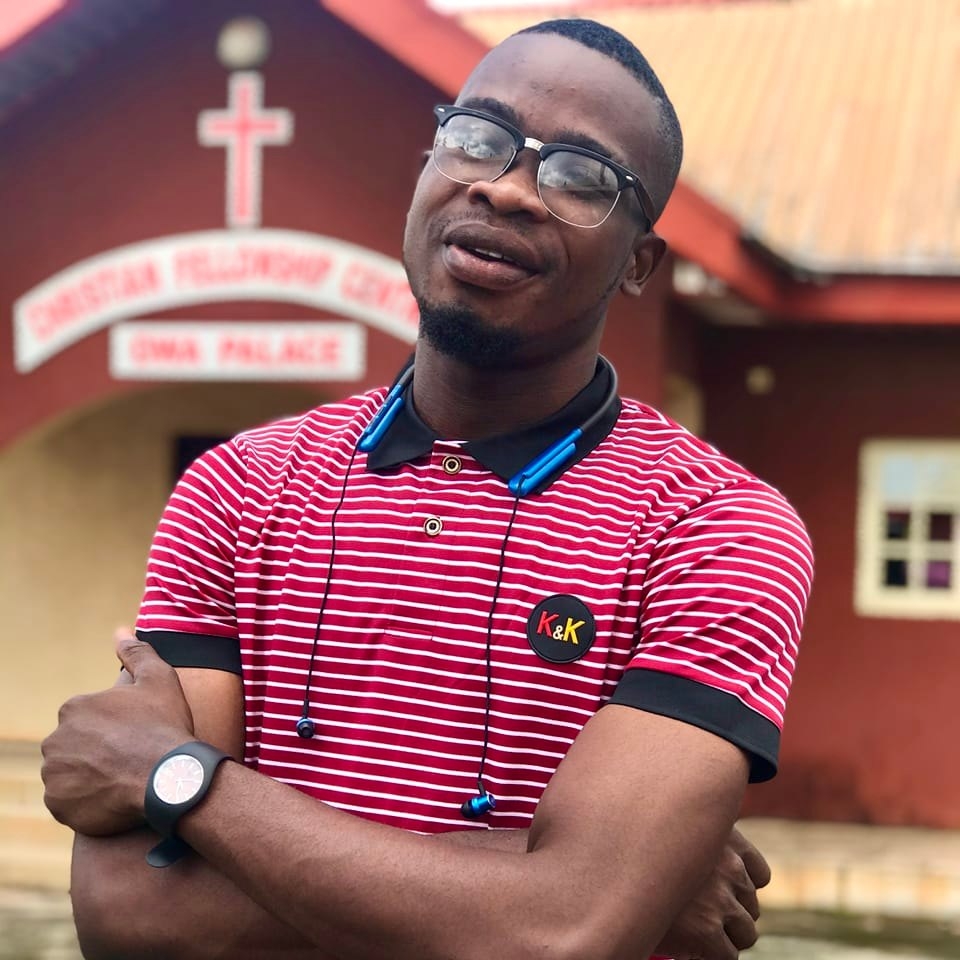 According to him, the unfortunate occurrence took place on the evening of 8th March 2022 after assisting in bailing a friend who was arrested by the police.

He recounted how he drove his friend back to his house and left but on his way home, remember that he forgot one of his devices at his friend’s place so decided to go back for it.

He however resolved to park and trek down hence he hadn’t gone far. Upon getting to his friend’s house, the dude wasn’t around and as he stepped out of the guy’s place, the unexpected occurred.

Read the narrative below:

“A sad evening!
Its quit pathetic but I’m glad I’m alive, around the hour of 12 noon one of my bossom friend had a police case, he was arrested and detained. What are friends for, I had to rally around reaching out to his family members to facilitate his bail…. After everything around the hour of 8pm he was finally released, I drove him to his house… On my way returning I forgot one of my device at his place, since his place wasn’t too distanced I had to park the car and use foot to his place but unfortunately he wasn’t home, I called him but his contact wasn’t going through. Stepping out of his place an average guy of the age 27 presumably stopped me armed(cultist) but I wasn’t afraid at all.

He requested for my phone which I refused but dragged, before I turned about 5 heavy body guys stepped out of the nearby bush, I took on my hills, sadly they over powered me and one cocked the gun to shoot stating that I’m of the opposite cult group.
At this point I was between life and death….guess what? The Gun refused to shoot, they tried severally it refused shooting…before now they collected my phone finally.
I sensed immediately that the miracle working God took over, now I gathered momentum to run again while they were repairing their gun.
I’m phoneless but where there is life, there is hope!
You can call only with the number…..
I’ll be away for sometimes….
I’m sound and hearty !
To God be the Glory!” 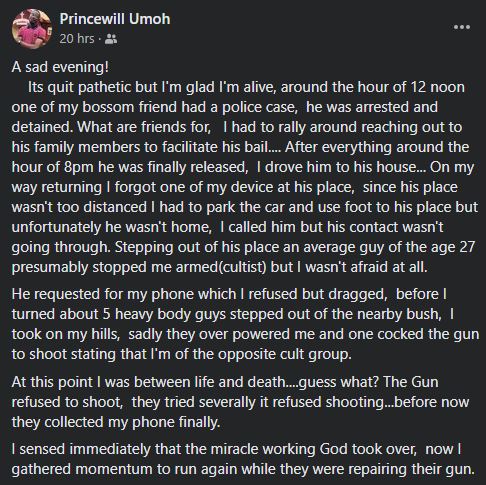