A young youth corper has been embarrassingly turned down by a lady after going down on his knees to propose. 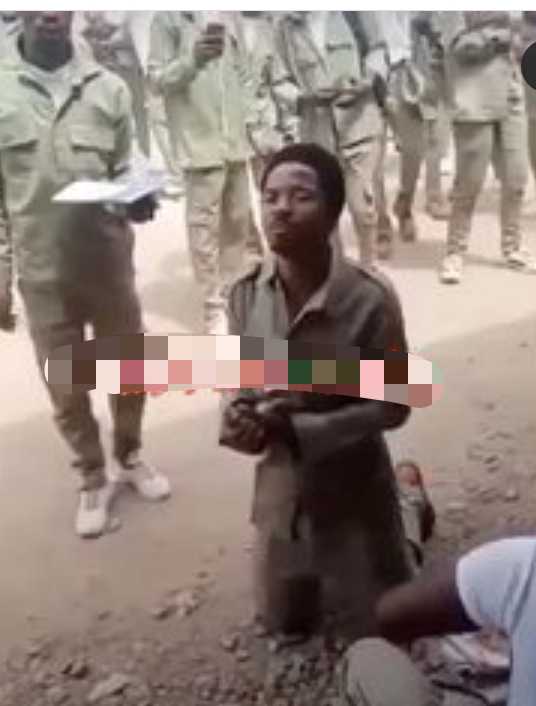 A video had been trending earlier in which a corp member had popped the question and his colleague agreed; perhaps spurred by that video, another corp member has proposed to a fellow corp member who outrightly rejected his proposal.

The guy could be seen in the video following the lady around and repeatedly going down on his knees and she kept on, without fail, shooting down his proposals.

The onlookers could be heard urging the lady to say yes while she obstinately refused to concede his proposal.