Mimi Oromoni, cousin sister of late Sylvester Oromoni has shared the message she received from one of the alleged suspects involved in the death of Sylvester.

In the screenshot which she shared, one of the suspects who apparently used a fake page to chat her up, swore that the case will come to and end and there will be no justice. 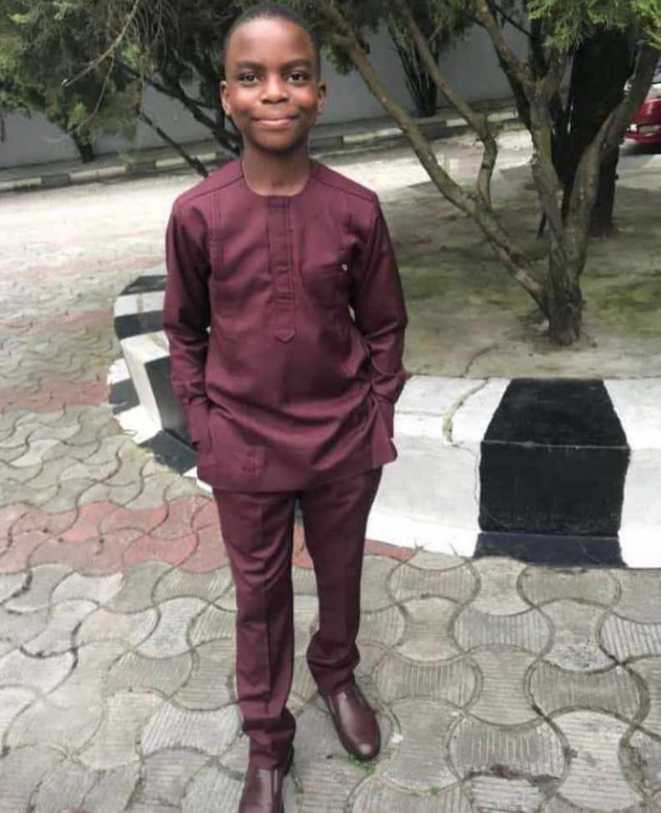 He claimed that his father is a good friend to the chief justice and he’s not bothered about the uproar by Nigerians over the death of 12-year-old Sylvester.

In the chat, Sylvester’s sister promised him that Karma would soon meet up with him for his evil act.

“No worry karma will catch up to you soon. You and your stupid Ansel. Una dey crase for una head no worry.”

“Oya naw no yawa we’ll see. We go dead this case. And nothing go happen let’s bet. I swear I go give you 500k and do d same. Wetin money no fit for for 9ja. My dad is a good friend to the chief justice. So that’s why I’m not bothering”. 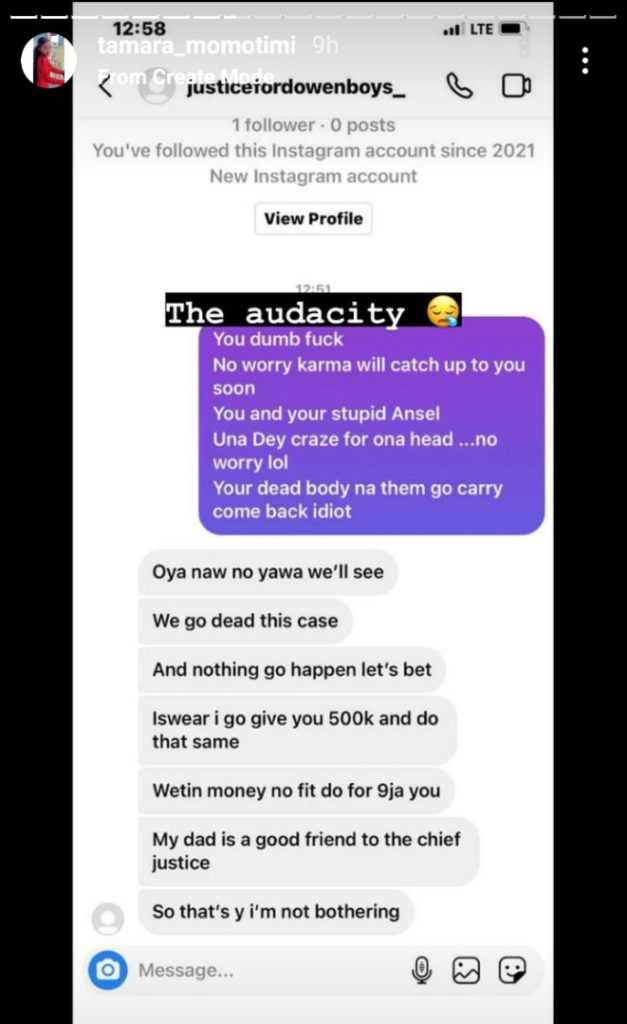 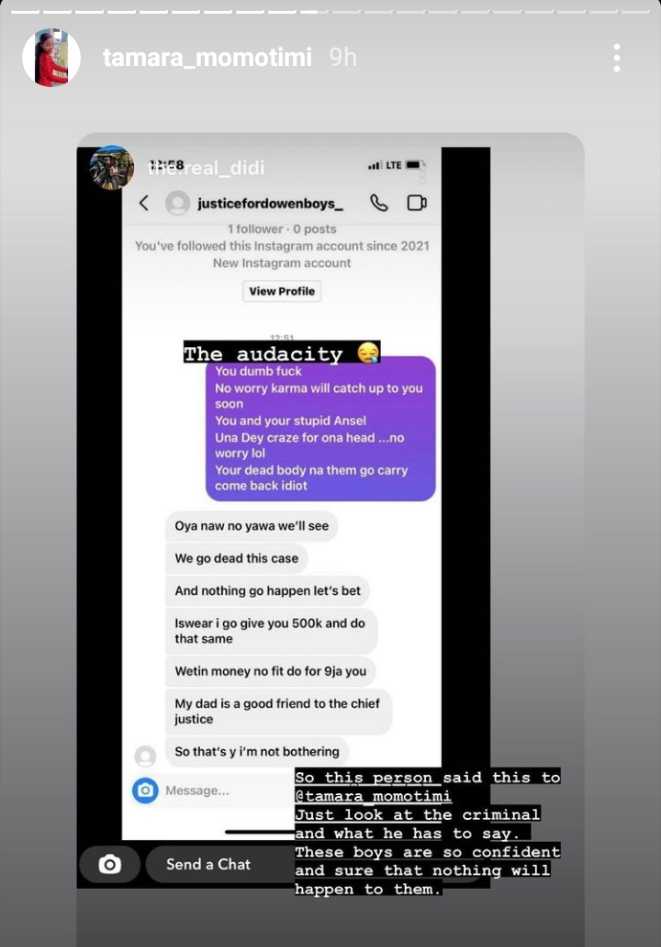