Home Entertainment News TEAMWORK ABOVE INDIVIDUAL BRILLIANCE AS EPISODE 8 OF GLO BATTLE OF THE...

Beyond the thrills of individual power moves, beyond the brilliance of well-organized stunts, beyond the beauty of flips and a standing ovation for individual excellence, is something greater. This was the overriding sentiment from viewers who watched the 8th episode of the biggest dance show in Nigeria, Glo Battle of the Year. In this episode, breakdance crews took center stage as they wowed both judges, audience and viewers with their well-organized choreography. Subscribers to Glo TV, the company’s streaming app were in pole position to watch the show at 8 pm on Saturday, 26th March 2022. Episode 8 was filled with stunts, moves, dizzying dance steps, and even comedy as we moved across the 6 regions. Bboys and Bgirls whom we had seen in previous episodes as solo contenders came together as crewmates to creatively produce the winning dance routine in choreography, legworks, and stunts. Here is a quick recap of 5 major highlights from the 8th episode of the show. Bgirl Vibe reappears as a crew member: Bgirl Vibe featured in Episode 4 of the show as a Bgirl where she qualified for the finals of the competition. In this episode, Bgirl Vibe turned up with her crew, Hill City Breakers in Abuja. Vibe’s lucky charm was more than enough to secure a place in the next round. Bboy and Bgirl Champions unite in the race for Megamillions: Bboy Lil Vic, Bboy Six God, and Bgirl Cruxy merged winners in the Abuja Bboy, Enugu Bboy, and Abuja Bgirl categories respectively. However, this trio alongside other powerful dancers came together in Enugu to form the Outsider crew. With only 2 crews competing in Enugu we will have to wait till Episode 10 to see who qualifies. 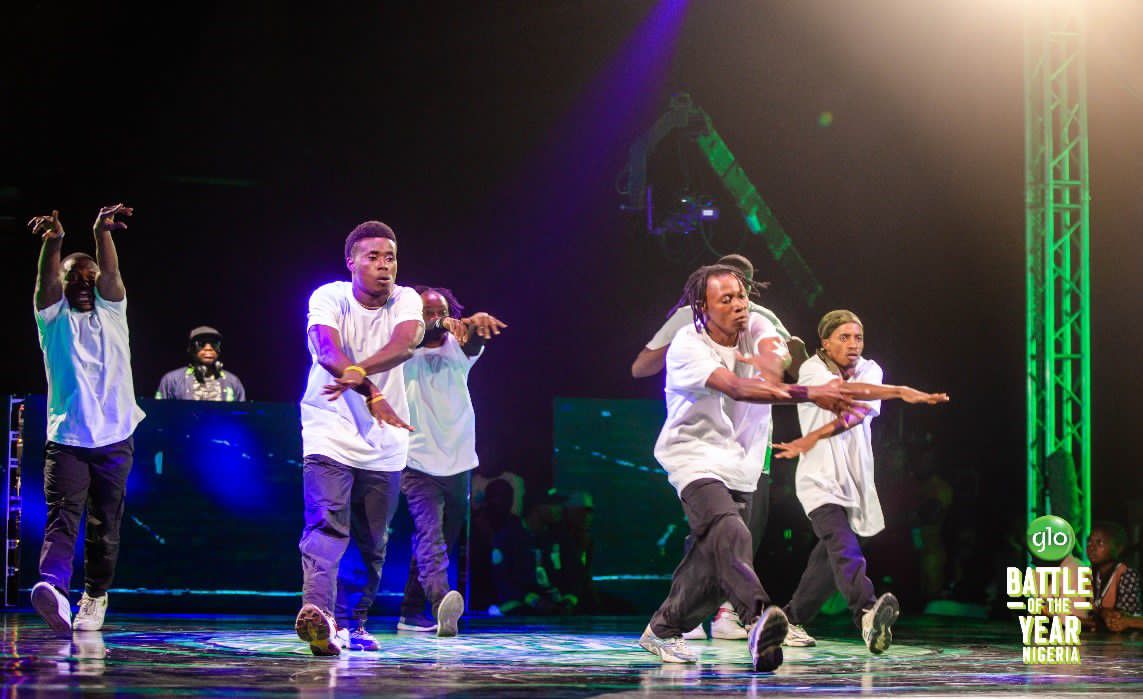 Bboy Prym resurfaces in grand style: Fan favorite, David Wonderful who is popularly known as Bboy Prym resurfaced in Episode 8. The Enugu-based dancer now has an extra opportunity to get back into the show not just as a wildcard but this time as a crew member but first, his crew Step Squad will have to go up against his nemesis, Six God who is a member of the Outsider crew. Abuja and Lagos impress yet again: So far in the show, the Federal Capital Territory, Abuja, and the Centre of Excellence, Lagos have produced some of the fiercest battles and entertained with the finest of performances. Once again, Abuja and Lagos stole the show and stepped into the spotlight as they had some of the finest dance crews such as 619 Crew, Alpha Incante, and Street Cypher.

As we head toward the live shows billed to hold on the 23rd and 30th of April, viewers can vote back any of the evicted regional finalists via the wildcard section on the Glo Battle of the Year website, www.globotynigeria.com.