Former Big Brother Naija housemate, Tboss, has sent out a message to Erica Nlewedim after she revealed she doesn’t know how to cook Ogbono soup. 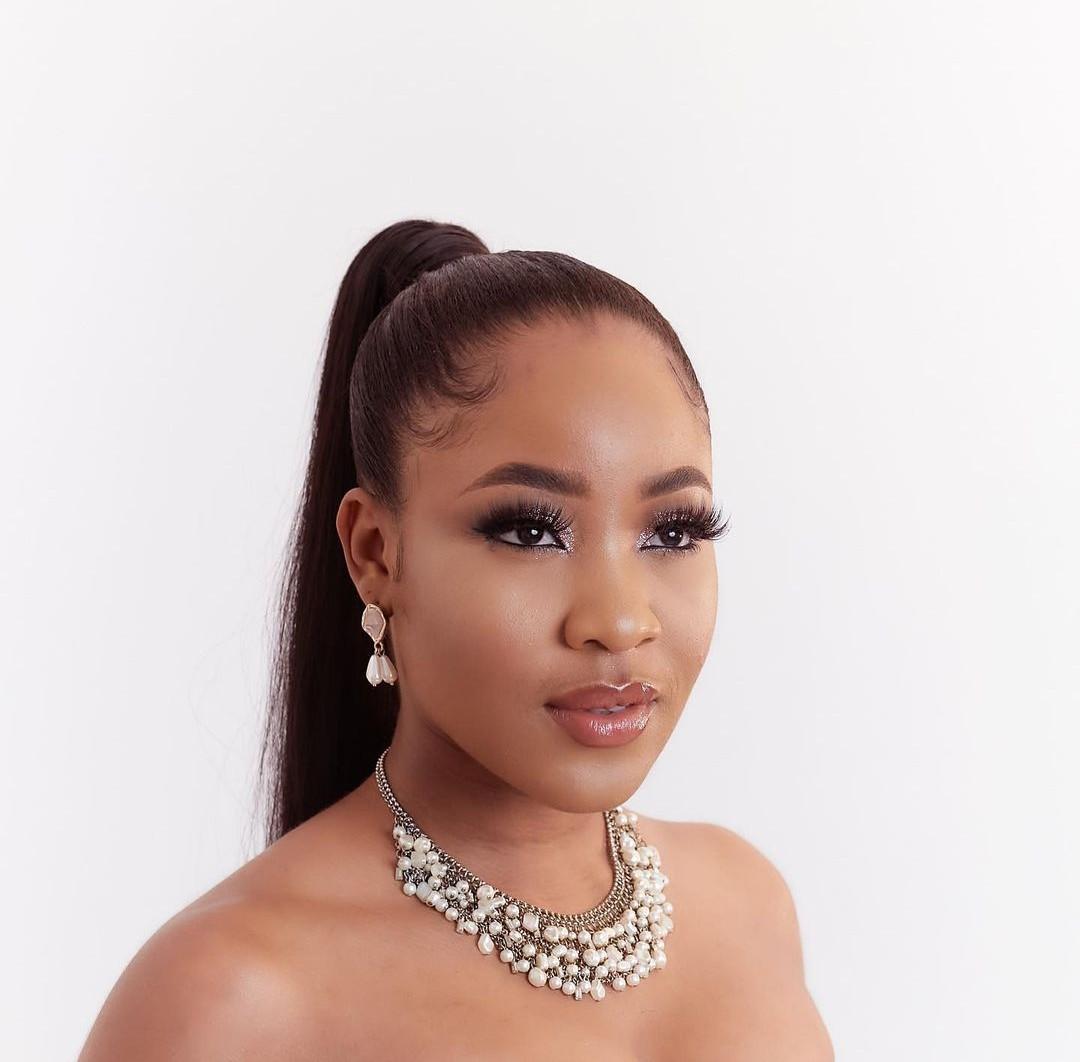 This sparked mixed reactions on Twitter alot of reactions as some people offered to teach her, while others condemned her for publicising such information. 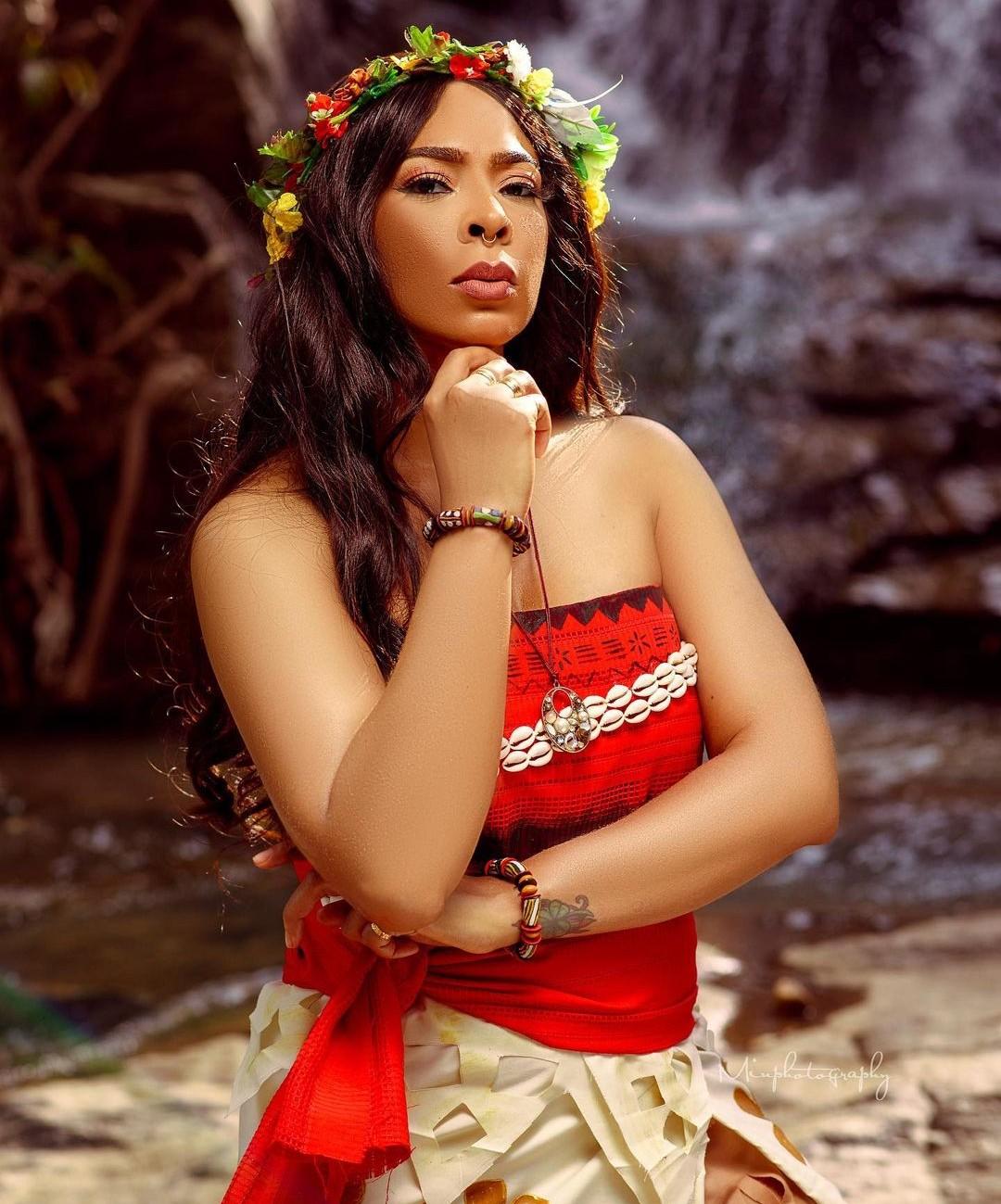 Tboss in her response, said she just made ogbono soup which was so delicious, only for her to come online and see Erica’s post.

She told Erica to reach out to her so she can teach her how to cook the soup, and some other Nigerian delicacies such as Egusi, okra and vegetable soup. 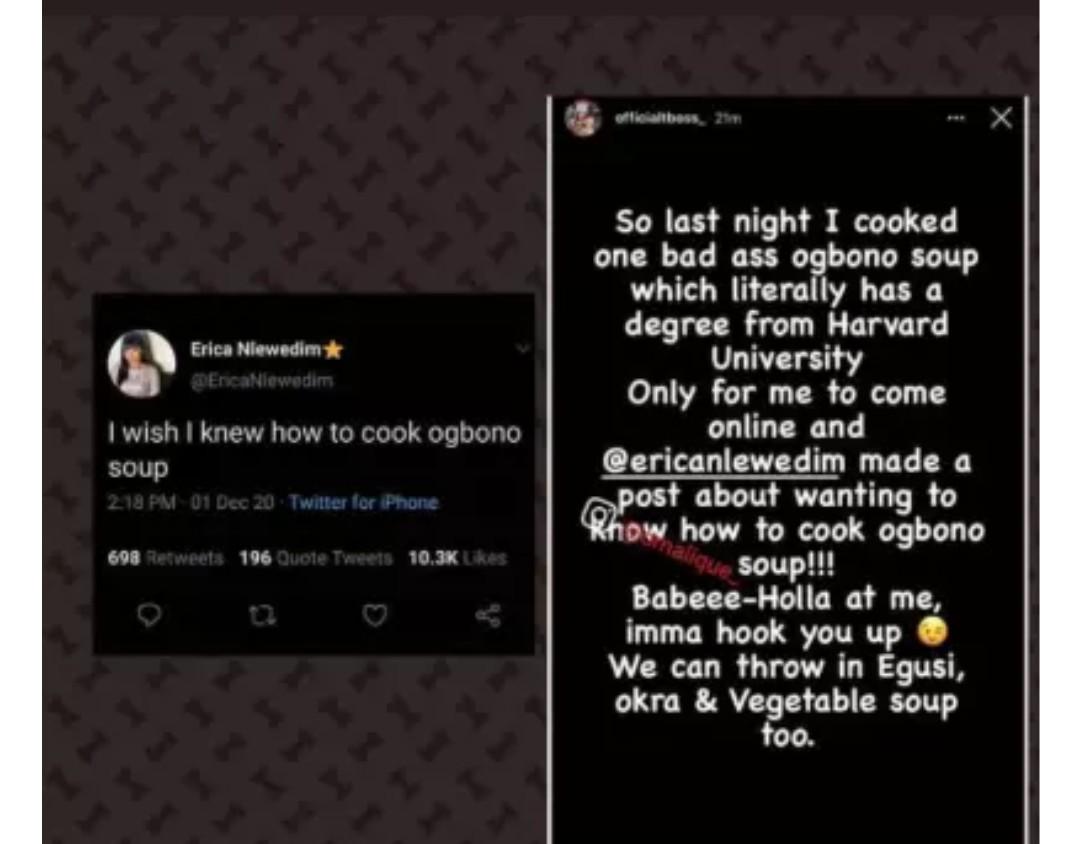 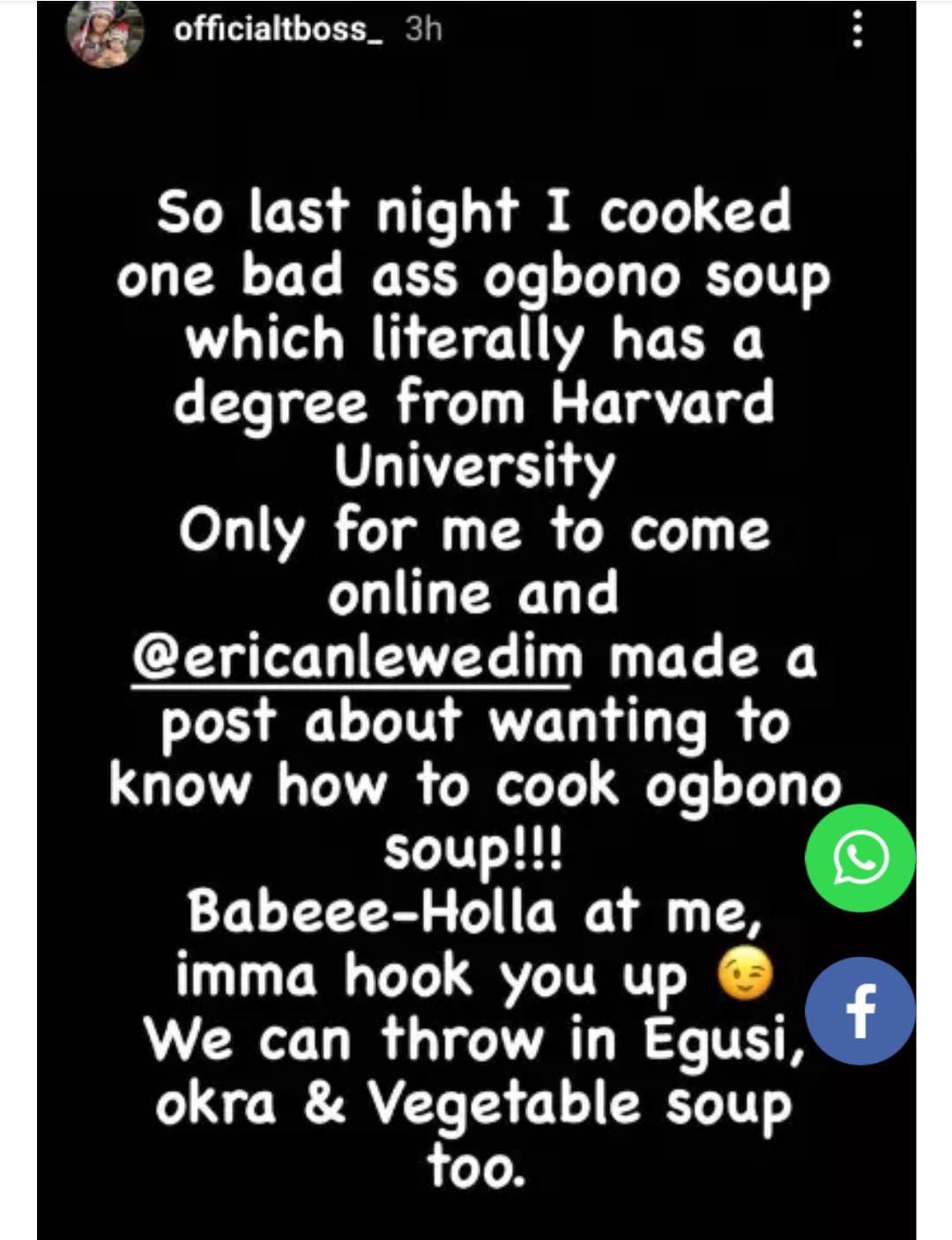