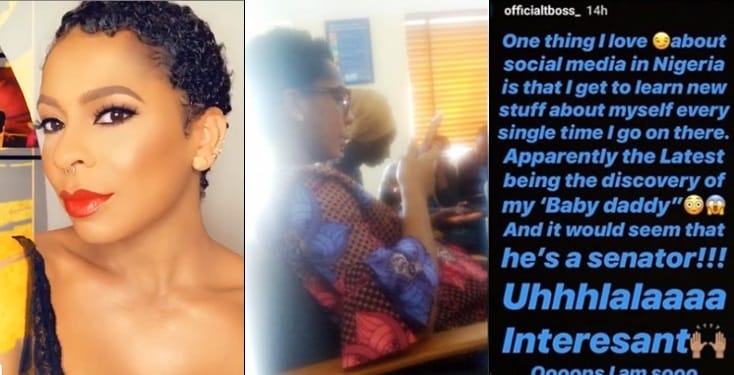 Weeks after a pregnant Tboss was spotted at a clinic in Abuja after several denials, she has now confirmed that she is pregnant but mocked claim of her baby daddy being a senator.

The reality show star in an Insta-story post disclosed how ‘interesting’ it is for her to get to learn new things about herself on social media. Tboss also wondered who the investigator that brought up the claim of her baby daddy being a senator is.

ALSO READ:   Lady attacks TBoss for weeping and laying curses on an IG troll who called her child ugly

A few weeks ago, she came out to debunk the rumours that she had a romantic relationship with music mogul, Ubi Franklin. According to her, they have never had an intimate affair as been speculated. 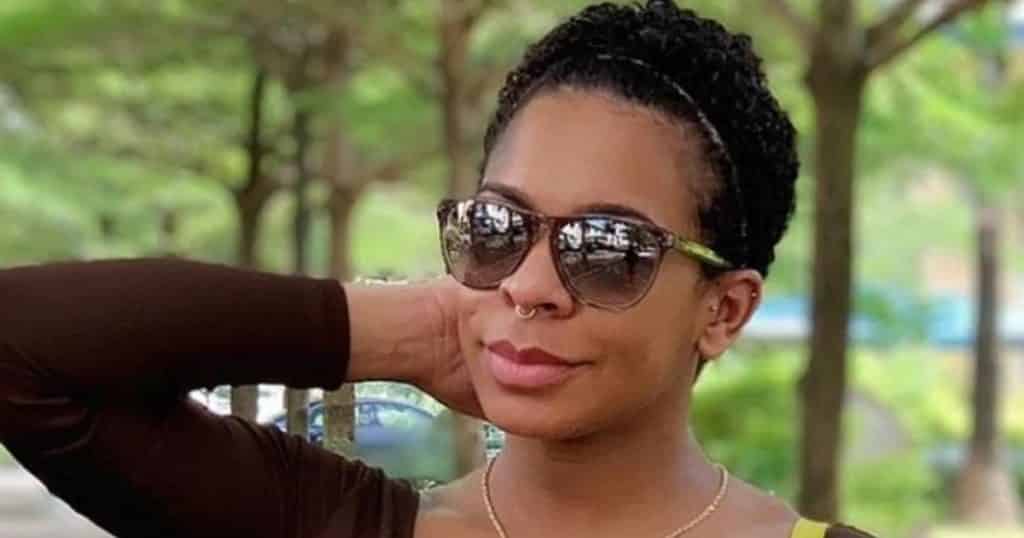 Mike is the fire, Tacha is the pepper – Uti reacts to Biggie’s plot twist