Disqualified BBNaija season 4 housemate, Tacha has beaten Mercy Eke to win the “Brand Influencer of the Year” and two other awards at the Scream All Youths Award. 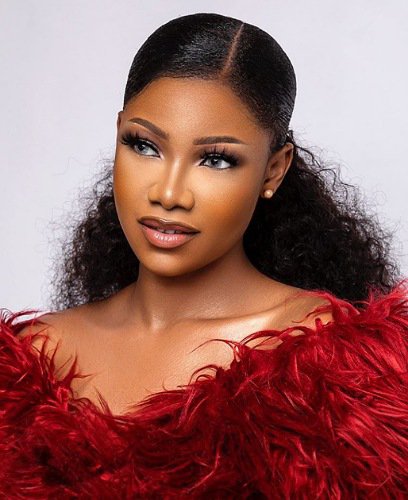 She was nominated in three categories: Social media influencer, Fashion Brand of the year and Brand influencer of the year.

Other ex-housemates such as Mercy Eke and Dianne Russet were also nominated in the “Brand influencer of the year” category. 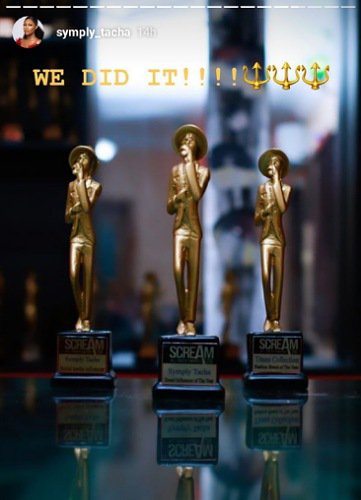 She has now taken to her social media pages to announce that she won 3 categories.

Making the announcement, Tacha acknowledged her fans, the Titans. “After God na orna [una]”, she tweeted.