A video which has gone viral on social media shows the moment that some students studying in France were singing Fuji legend Obesere’s age-long song, Egungun Be careful.

The students were watching the video in class with their teacher via YouTube . They could be seen singing and vibing to the song with joy and excitement on their faces. 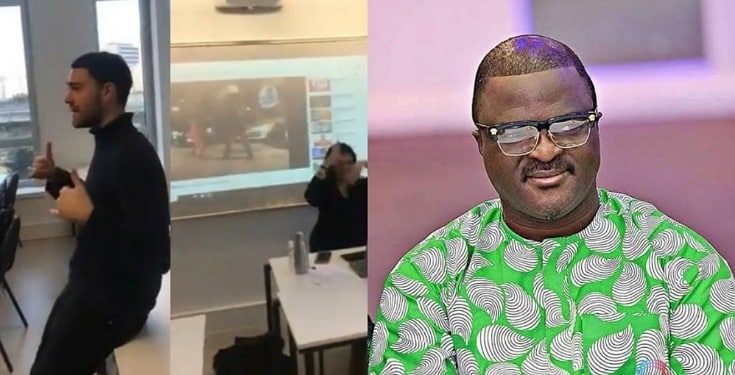 A Twitter user @GreyHunter who shared the video, revealed that a Nigerian lady, Lade Kale studying in France, introduced her classmates and teacher to the now trending song.

Egungun Be Careful was released 19 years ago by Obesere but in a bid to find videos which will be used to make meme-like jokes, some Nigerians unearthed the video which has now given the Fuji star a new found popularity.