Maverick entertainer and activist Charles Chukwuemeka Oputa, popularly known as Charly Boy disclosed that there’s no made-in heaven marriage as he sheds more light on his long-lasting marriage with his wife, Diane Oputa. 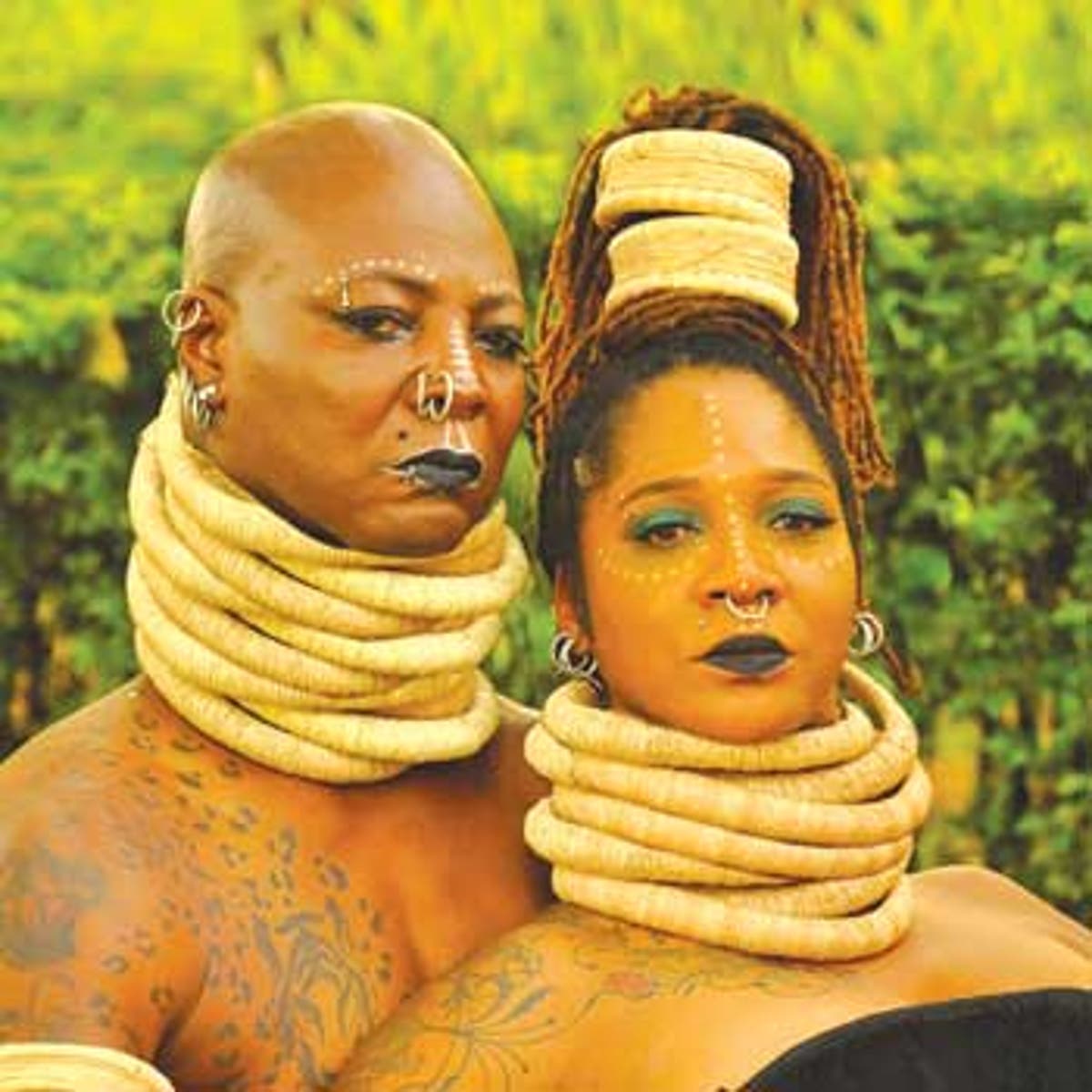 The activist took to his Instagram page to say that marriage is not everyone nor for the faint-hearted if there’s no proper understanding and communication.

He further reveals that his marriage is over 40 years and it has been hell so many times yet he and his wife agreed never to give up on each other.

In the words of Charlyboy;

Don’t for one minute think our marriage is made in heaven. It has been through Hell many times over, we still dey patch am, e still dey leak. We have our issues, problems, and challenges.(never for public consumption) We disagree on many things sometimes.
The ONLY Thing we basically Agree on, is never to give up on each other. We both go die here I think
Biko enjoy ur weekend for marriage is management.
May God bless your Union too.” 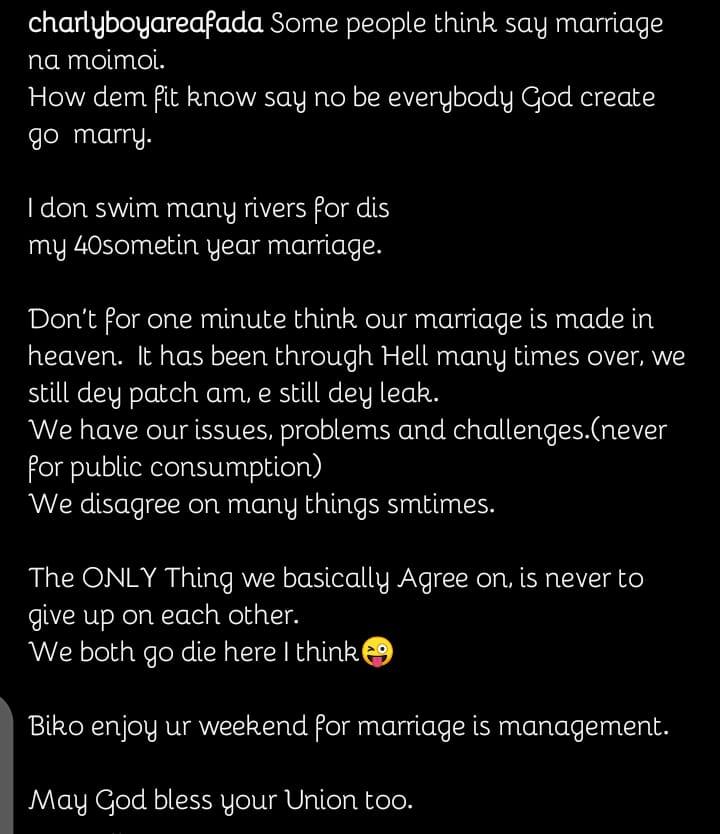