A soldier has been spotted physically assaulting a lady in public over her choice of dressing in the Oju-Ore area of Sango Ota, Ogun State. 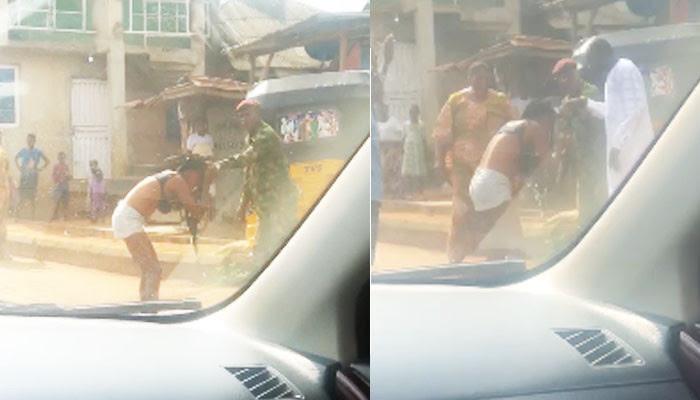 According to onlookers who recorded the video, there is speculation of whether or not the soldier is the lady’s father; either way, the fully dressed military man could not be approached for questioning by civilians.

A lady on bum short could be seen dragging her blouse with the soldier as he struggles to pull it out leaving the lady half-naked.