A South African woman has taken to Twitter platform to narrate how her years on social media negatively influenced her love life.

According to the user, identified as @Shakirah_Dramat, social media made her believe that a man is supposed to buy his woman expensive things if he actually loves her. 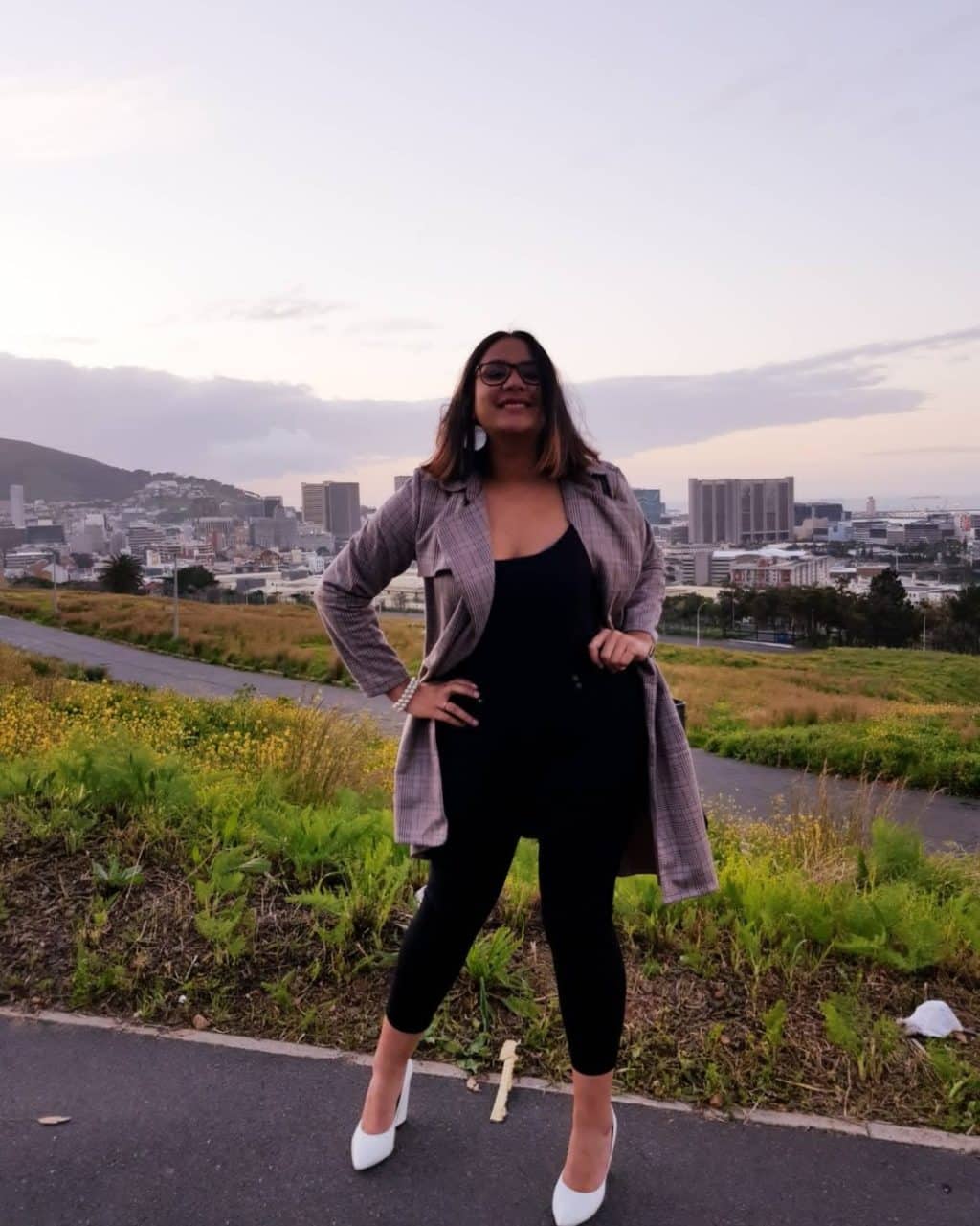 She used to believe that, if your man doesn’t shower you with money and gifts during the relationship, then he is not right for you and he doesn’t love you. You only know how your man values you through the way he spends on you.

She however added that it took her years to unlearn that expectation and to understand that everyone has their own love language. 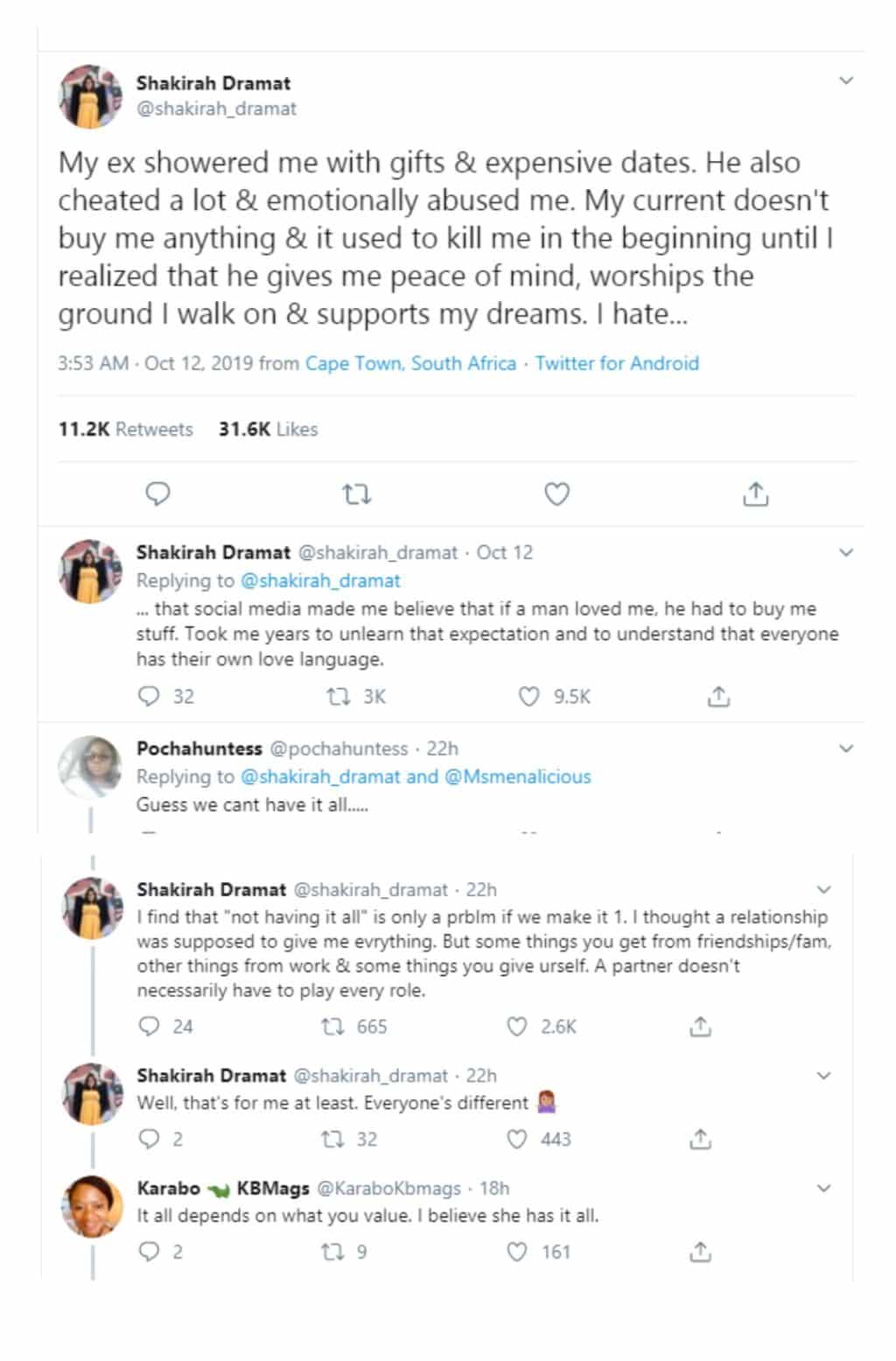