Home Viral News “So, my brother should leave his wife for a Nigerian”- Shot put...

Nigerian shot put athlete, Chuks Enekwechi’s sister, Agu Nwaanyi has slammed those who have attacked her brother for marrying a ‘white woman who’s a Caucasian rather than a Nigerian. 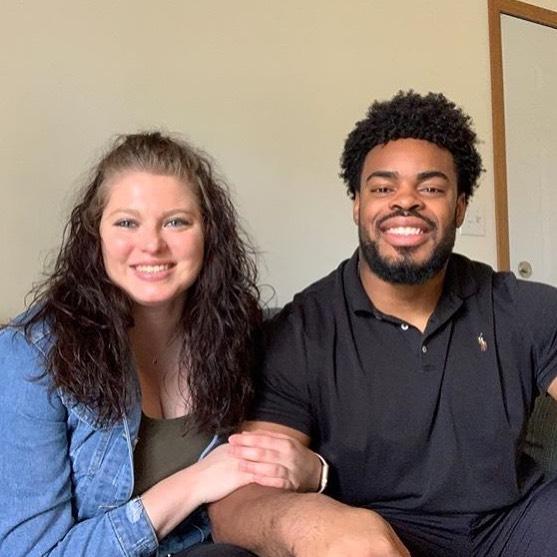 Reacting to this, she disclosed that his wife has been with him even before he won his first medal.

“Nigerians are so dirty lol. I just saw a comment about my brother’s ”white wife”. So he should now, after being with this person who has supported him before he ever won his first medal, leave her and find a nasty, gaptoothed, 250% density wig wearing, sloppy never been pregnant but has a postpartum belly, 100-0, never contributing financially, emotionally, or otherwise, user ass Nigerian woman to celebrate his wins with because of what exactly? God punish you after entitlemet finishes punishing you” 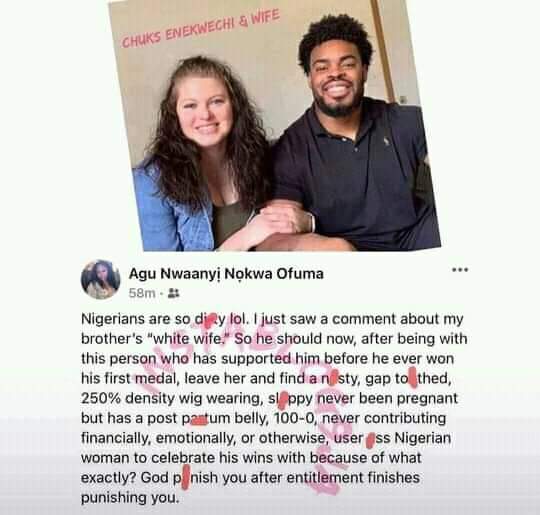