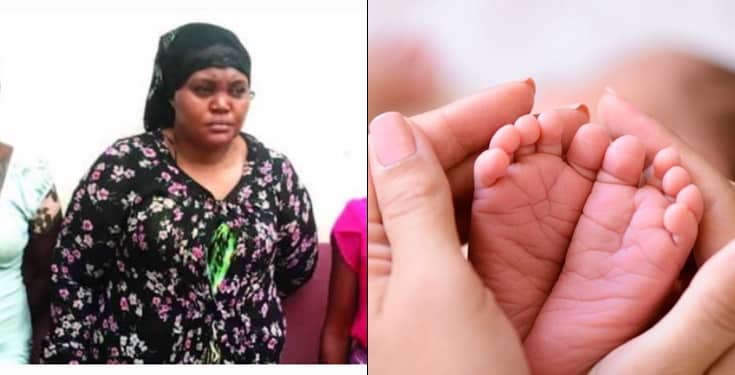 The woman, who spoke in her native dialect, said, “I sold my baby girl for N600,000 and used N15,000 from the money to buy a phone, wrapper and slippers and transported myself back home.

I asked Nneoma Onwusereaka and her husband, who had the balance to use it to start a business for me. I have five children already and I am separated from my former husband.”

A civil servant, who was arrested in connection with the crime, said she was rewarded with N10,000 for connecting the buyer with the seller.
Nneka was arrested alongside a level 12 civil servant at the state Ministry of Women Affairs, Ujunwa Udechukwu, 40; and Nneoma Onwusereaka, 37; who allegedly conspired with the single mother to sell the baby to a couple.

The mother of the woman who sold her baby is said to have reported the case to SARS operatives after the lady; her daughter came home without the newborn baby. 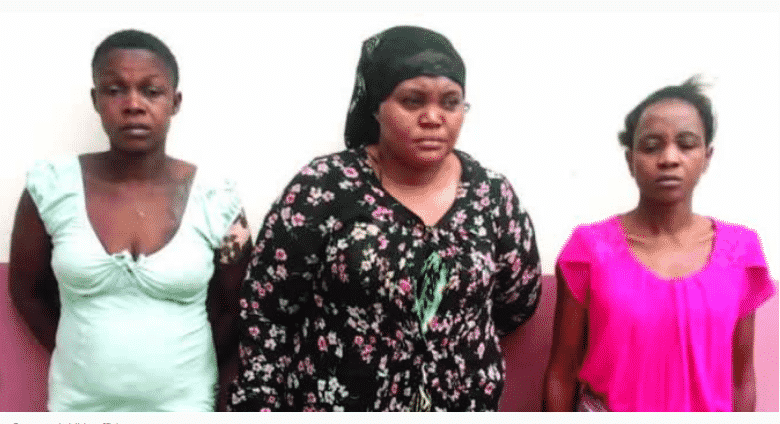