Some fans are convinced Simi is pregnant nine months after her wedding to fellow singer, Adekunle Gold. This comes after the singer was seen performing at the German Embassy in Nigeria with a visible bump.

However, she later took to Instagram to explain her bump.

“When you suck belle, but belle don’t suck you back; can two work together except they agree?” Simi wrote as the caption of the picture. 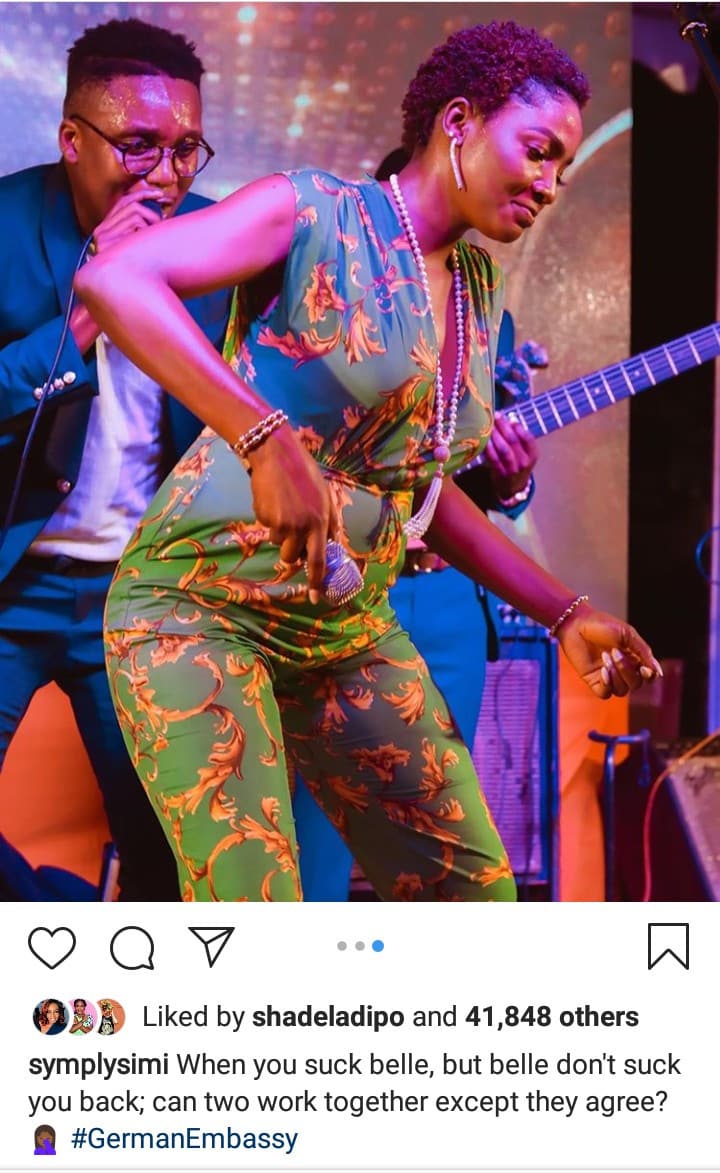 In spite of her explanation, fans still believe she’s pregnant and they are already leaving congratulatory messages. 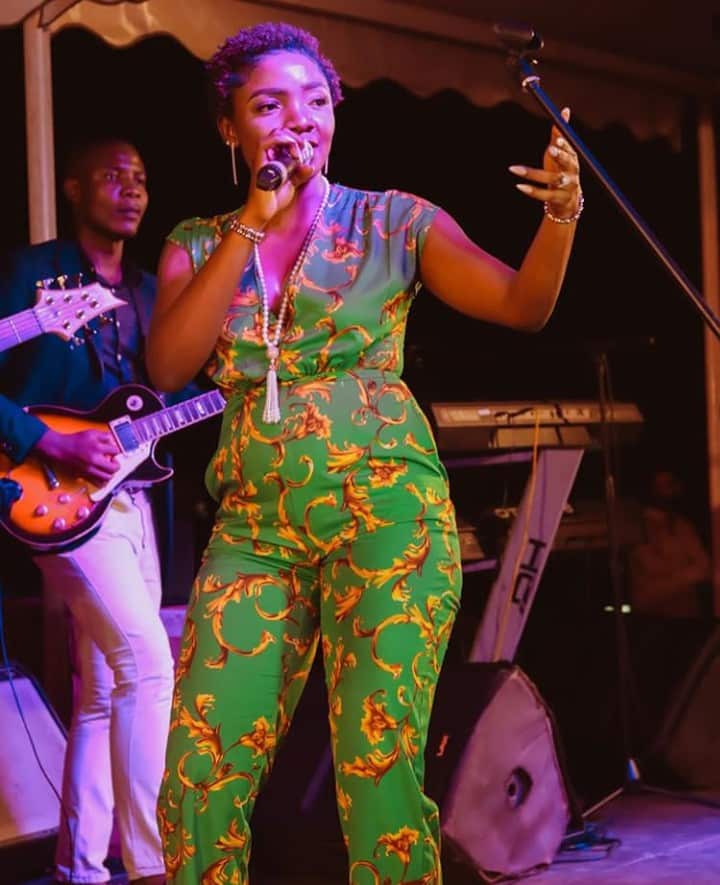 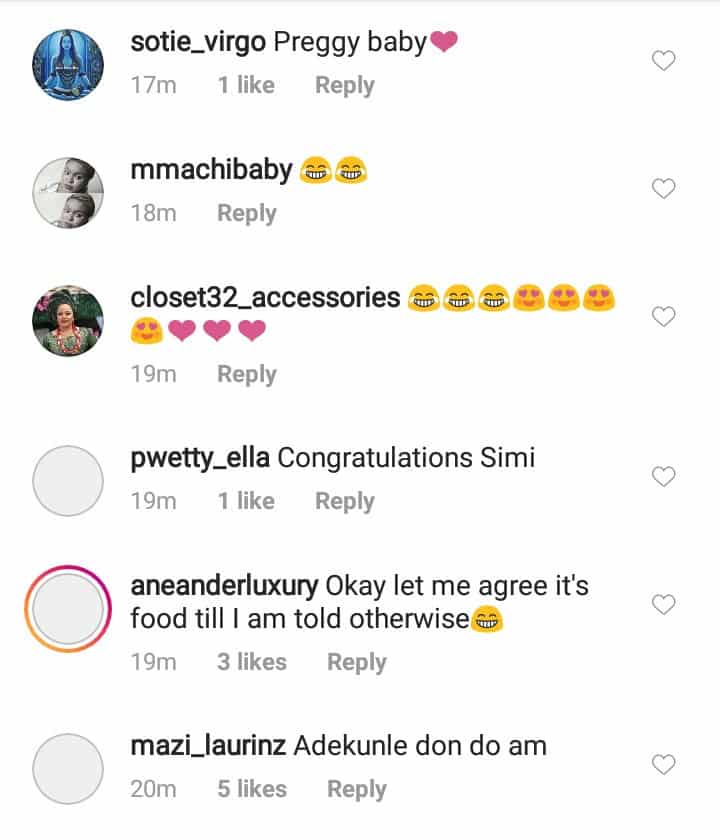