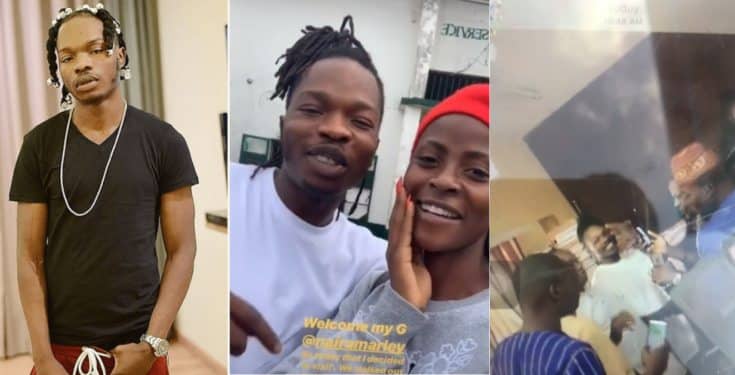 The Economic Financial Crimes Commission (EFCC) has finally released Nigerian rapper Naira Marley who was still kept in jail after the court granted him bail.

The singer who has been behind bars for 35 days over the allegations of Internet fraud popularly called “Yahoo Yahoo” gained his freedom on Friday, June 14.

Prior to his release, his management had through Instagram accused the EFCC of not releasing its artiste after it had reportedly met the bail prerequisite.

The management called out the Commission for not releasing the artiste, accusing it of being running a messed up system.

However, a friend of the rapper, Rahman Jago shared a Video of his release on Instagram to confirm that truly Naira Marley has been freed.

Recall that he was arrested with rapper Zlatan Ibile in May, over fraud-related charges.

He was however granted a 2million Naira bail after he was arraigned to court.